Time for Eagles to Titan up! 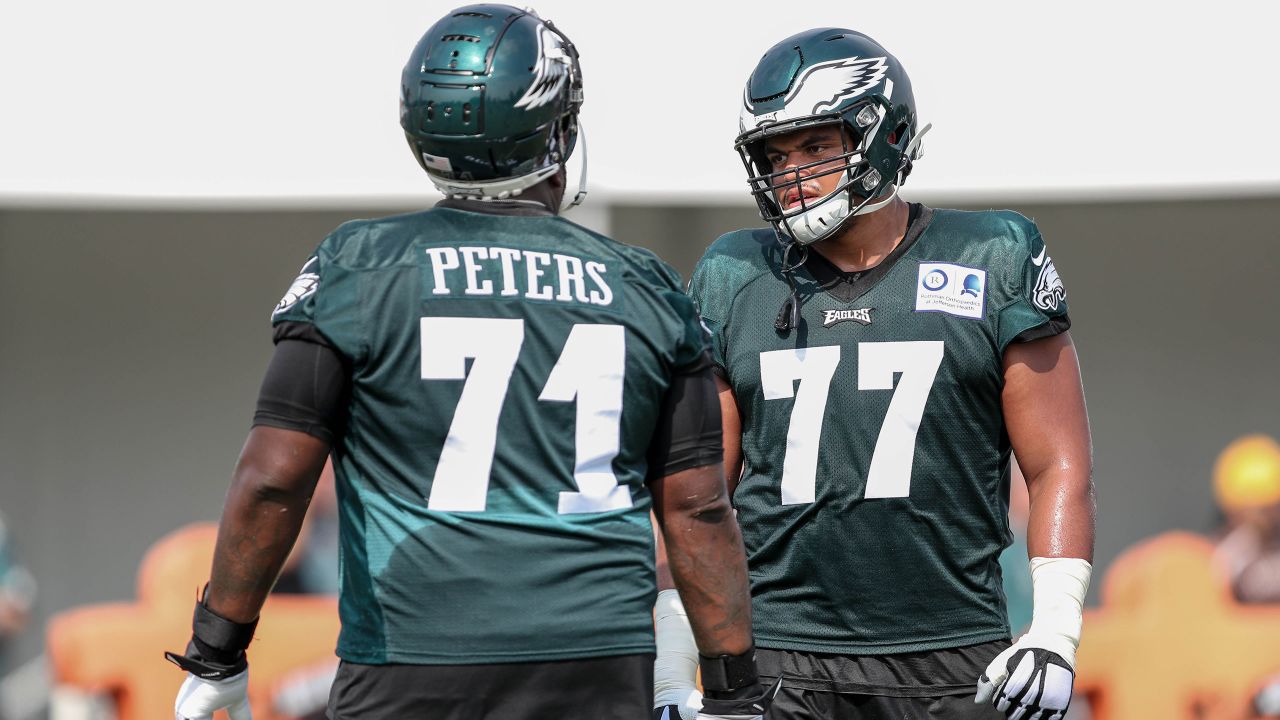 Time for Eagles to Titan up!

If you remember the only big radio hit (1970-ish) from Archie Bell and the Drells (from Houston, Texas) called “Tighten Up”, then (A) you are old school, and (B) you get the pun in the title above.

The Eagles kick off their preseason schedule with the Tennessee Titans on Thursday night (ironically a team originally from Houston, Texas). What ideally you want to see is the state of the Eagles system— is it “tight” in lining up, making substitutions, guys in the right places, guys avoiding “false starts”?

The Titans are as always a team which prides itself in its physicality. They present an excellent test for the Eagles’ system, especially our younger players and vets trying to make the team, in that you must prove you can remain organized whilst enduring getting punched in the mouth.

The nerves and excitement levels are high, but rookie wide receiver J.J. Arcega-Whiteside is focused on football. “It’s going to be exciting, but it’s just a football game at the end of the day,” Arcega-Whiteside said. “I got to just go out there prepared mentally, physically, and go ball.”

The Titans are coming to the Linc and it’s a 7:30 P.M. EST start time. Beans Watt will be there in the stands. He will give us a full report, I’m sure.

Traditionally the Titans represent the kind of team which often gives the Eagles problems in adjustments during the game. That’s because the Titans usually balance smash-mouth tactics with finesse on offense. So you’re always struggling with match-ups in personnel.

We’ll probably get to see the first-team players on both sides for at least a series or two. Then it becomes an audition for the open spots on both rosters.

Arthur Smith is the new offensive coordinator for the Titans, but he seems to be leaving the bones of Matt LaFleur’s offense intact. Thus no excuse for the Eagles’ defensive game plan if things become helter-skelter.

We may see Marcus Mariota, Corey Davis, Adam Humphries, Delanie Walker, and Tajae Sharpe on the field together for the first time. That’s an impressive group. Davis has been the star of Titans training camp through the first ten practices, making eye-popping catches regularly and generally looking the part of a bonafide WR1. This will be a momentary but good test of our current Eagles secondary coverage.

Remember Dennis “Hagrid” Kelly? He’s going to get the start at left tackle for the Titans. In the past he has been their backup RT, but Taylor Lewan is suspended for 4 games for violating PED policy.

Another interesting angle— former Titans safety Johnathan Cyprien is expected to suit up for the Eagles, just one year after his season-ending ACL tear prompted the Titans to go out and sign Kenny Vaccaro.

If you’re keeping score at home, here are the unofficial depth charts for the game: