Jim Boeheim goes to bat for Carmelo Anthony, advocates for NBA team to sign him 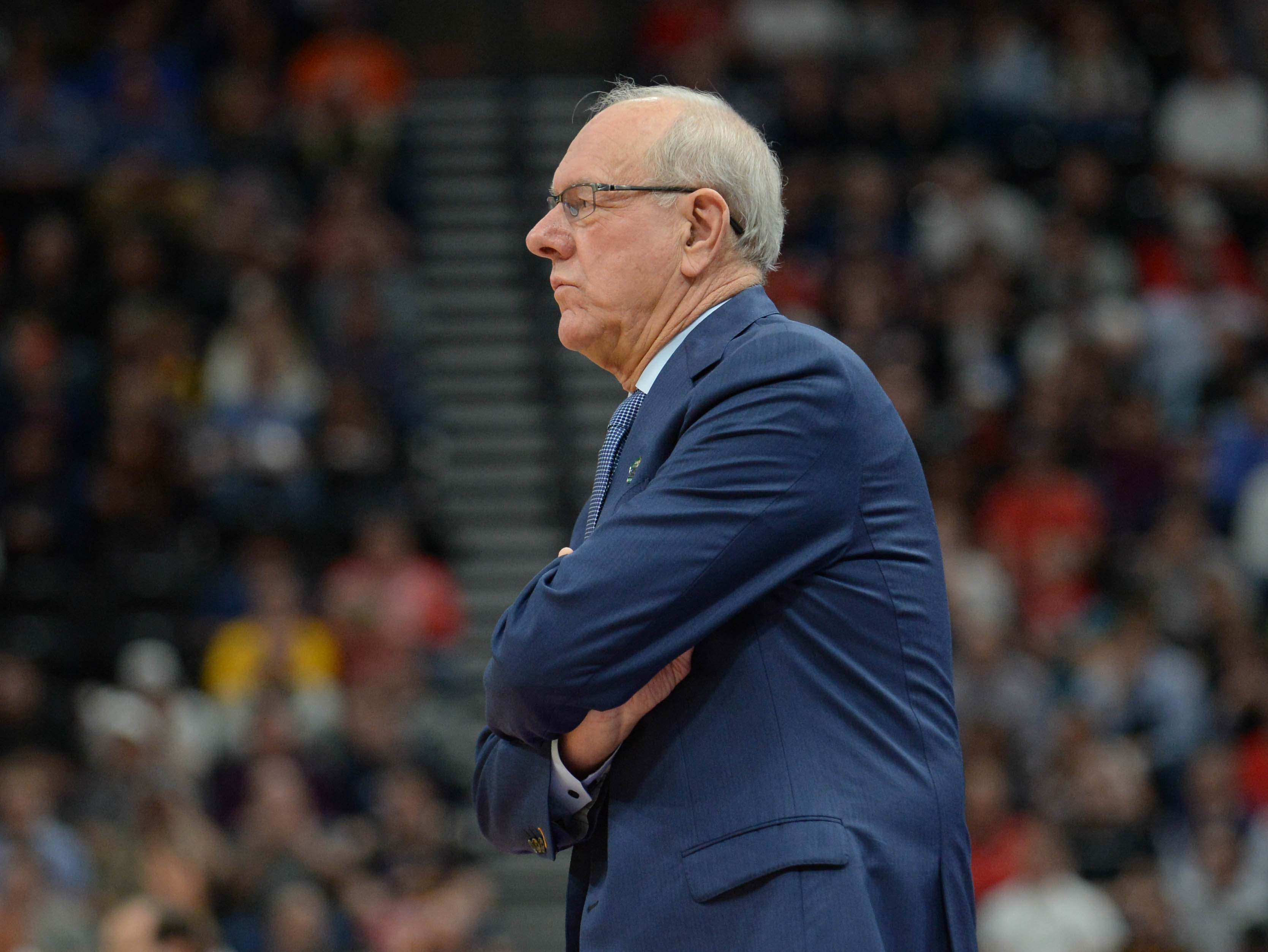 Jim Boeheim goes to bat for Carmelo Anthony, advocates for NBA team to sign him

Carmelo Anthony and Jim Boeheim once won a title together at Syracuse, so the Orange head coach made sure to advocate for Melo to get one last shot at the professional level.

Anthony was released by the Rockets last season just a few weeks after his 2018-19 campaign began, and no other team elected to take a flier on him.

Melo remains unsigned, and the clock is ticking, with him probably only have one season left in him. The issue is that he’s not really a two-way player, being that he can shoot, but is a major liability on the defensive end of the floor. However, Boeheim still thinks he can be of value to an NBA team, which he recently stated on SiriusXM NBA Radio.

“He’s in great shape, he works out every day,” Boeheim said, as transcribed by CBS Sports. “He’s 35, but he can’t go 35-40 minutes every game and get you 25 points, no, but he doesn’t want to do that. He’s said that several times already. If he isn’t the best available guy to go in the second unit on a good team, not a young team, a good team that has a chance to win, if he’s not a guy that can go into any one of seven or eight teams and be, if not the best guy, certainly the second-best, the second-best guy on the second unit, and I think in the past people felt that he didn’t want to do that, and he didn’t.”

“But I think right now he’d be fine doing that, and I don’t think there’s any of those teams he wouldn’t help if he was a guy playing 16-20 minutes per game on the second unit. If he’s having a good game, you’ll play him a little bit more, if he’s not having a big game, then you know, you don’t use him at the end.”

.@Cuse_MBB Head Coach @therealboeheim told @TheFrankIsola and @Scalabrine that Carmelo Anthony can still be a contributor on a championship contender. pic.twitter.com/MFGsEyEE0y

We do agree with him, and believe that Melo could be valuable in a role where he plays roughly 15 minutes per game for a team. It will be interesting to see how he handles the “farewell tour” part of it, though.