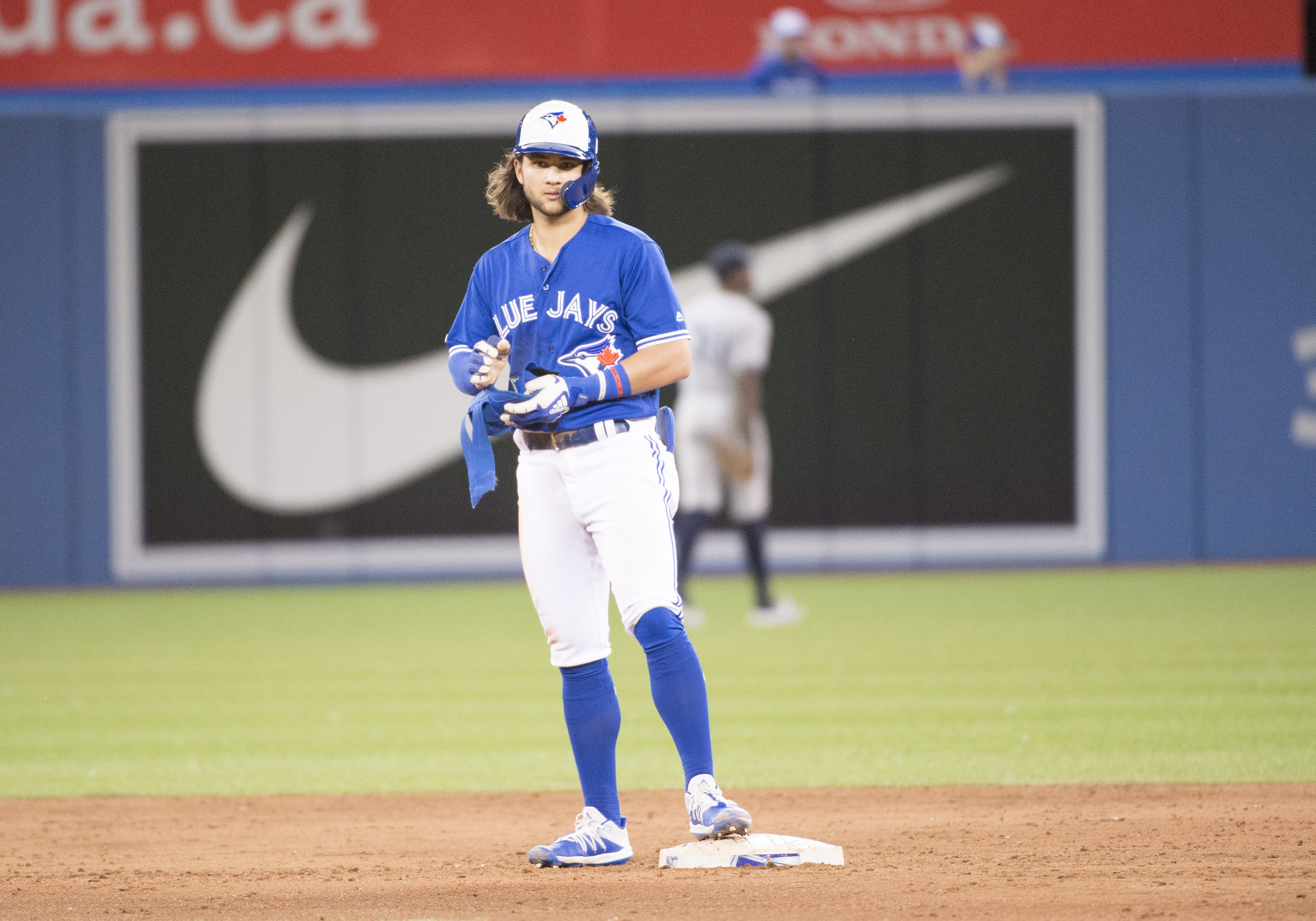 Bo Bichette made his MLB debut with the Toronto Blue Jays on July 29th. After just 11 games in the big leagues, he’s probably wondering what all the fuss is about.

The most prevalent part of this absurd hot streak is his ability to collect extra-base hits:

Along with Vladimir Guerrero Jr. and Cavan Biggio, these three are helping ease the pain of the Blue Jays being sellers at the trade deadline this year and rebuilding for the next era of competitive baseball in Toronto.

Of course, reality is going to hit Bichette at some point soon (we think). He’s only been in the big leagues for a couple weeks, so word hasn’t gotten around baseball with regard to how opposing pitchers can get him out yet. But for right now, he’s one of the hottest players in baseball. Since his debut, his 0.9 fWAR is tied for the best, while his 234 wRC+ has been bested by just five others.

Like with any player on a hot streak, there are a number of things Bichette is doing well. As one would imagine, this has all been happening with a sky-high .429 BABIP that will also come back down to reality eventually. It’s easy to see that he’s actually earning that high number, though.

Here’s a quick look at how his current batted-ball profile compares to what he accomplished in 244 Triple-A plate appearances this year:

This isn’t an apples-to-apples comparison because of how lopsided the sample sizes are, but it’s a good indicator on what’s going on. And when you pair Bichette’s big-league batted-ball profile with the elite quality-of-contact he’s producing (7.9% soft-hit rate and 44.7% hard-hit rate), top-shelf numbers are basically inevitable.

What’s interesting is that the young shortstop has been swinging a ton and still getting these results. His chase rate is up at 40.2% (league average is 31.4%), while his swing rate on strikes is 73.8% (league average is 68.5%). Bichette’s overall contact is also above league average (80.2% vs. 76.3%), but this may be an area where regression could potentially hit upon cooling off a bit.

Bichette’s contact rate on balls outside the strike zone is all the way up at 75.5%, which is nearly 15 percentage points higher than what the rest of the league has been producing. Meanwhile, his 83.9% contact rate on strikes — which is still good — is actually slightly below league average (85.0%). Maybe he’ll be one of those players that can square up balls outside the strike zone consistently, but we’ll have to wait a little more to find out.

He’s been annihilating most pitches he’s seen at the plate, but the one he’s produced the lowest wRC+ against thus far is the curveball (84). It’s certainly nothing to scoff at when considering he’s a 21-year-old rookie with fewer than 20 big-league games under his belt. However, maybe opposing pitchers start tossing that offering with more frequency than the 9.7% rate he’s seen it.

What Bo Bichette is doing right now is certifiably outrageous, and it’s incredibly fun to watch. Considering how elite his production has been in such a short sample, it’ll be fascinating to see how he adjusts once the league adjusts itself and begins having more success in getting him out.