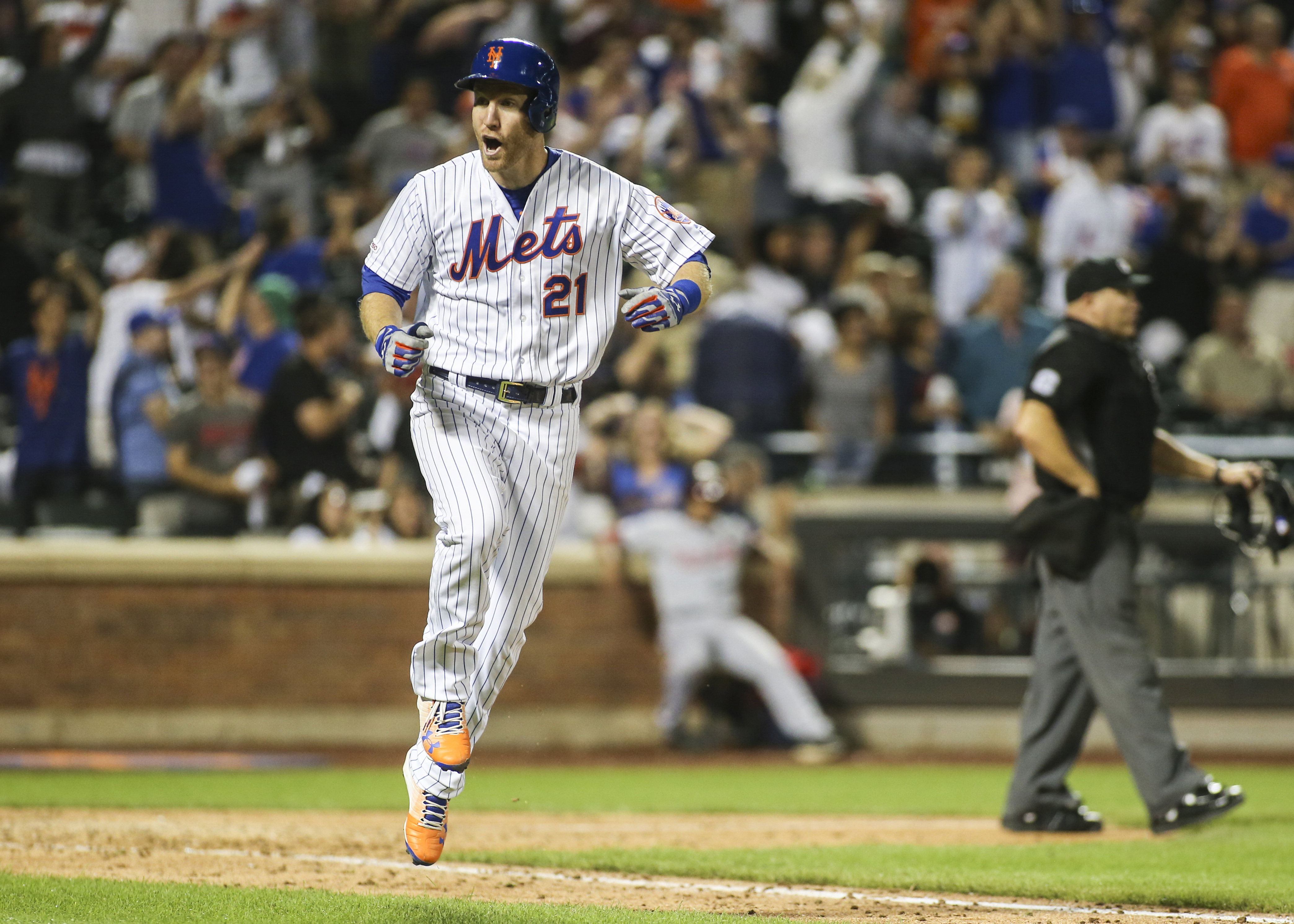 The magic is real for the New York Mets (60-56), who have been on a magic carpet ride since the start of the second half. A dramatic four run rally in the bottom of the ninth inning helped the Mets beat the Washington Nationals (61-54) 7-6 to earn their seventh straight win. The Mets will look to keep the good times rolling by picking up their eighth straight victory and secure a series win over Washington tonight. First pitch for the contest is scheduled for 7:10 p.m. at Citi Field.

The Mets will send right hander Noah Syndergaard (8-5, 3.96 ERA) to the mound this evening. Syndergaard was excellent in his last start, allowing one run in seven innings to defeat the Pittsburgh Pirates on Sunday. The Nationals will counter with lefty Patrick Corbin (9-5, 3.43 ERA). Corbin was beaten up in his last start, giving up five runs in 5.1 innings against his old team, the Arizona Diamondbacks, on Sunday. The Nationals bailed Corbin out of a loss but still fell 7-5 in the game.

Back at it tonight. #LGM