Aristides Aquino off to an unbelievable start with the Cincinnati Reds 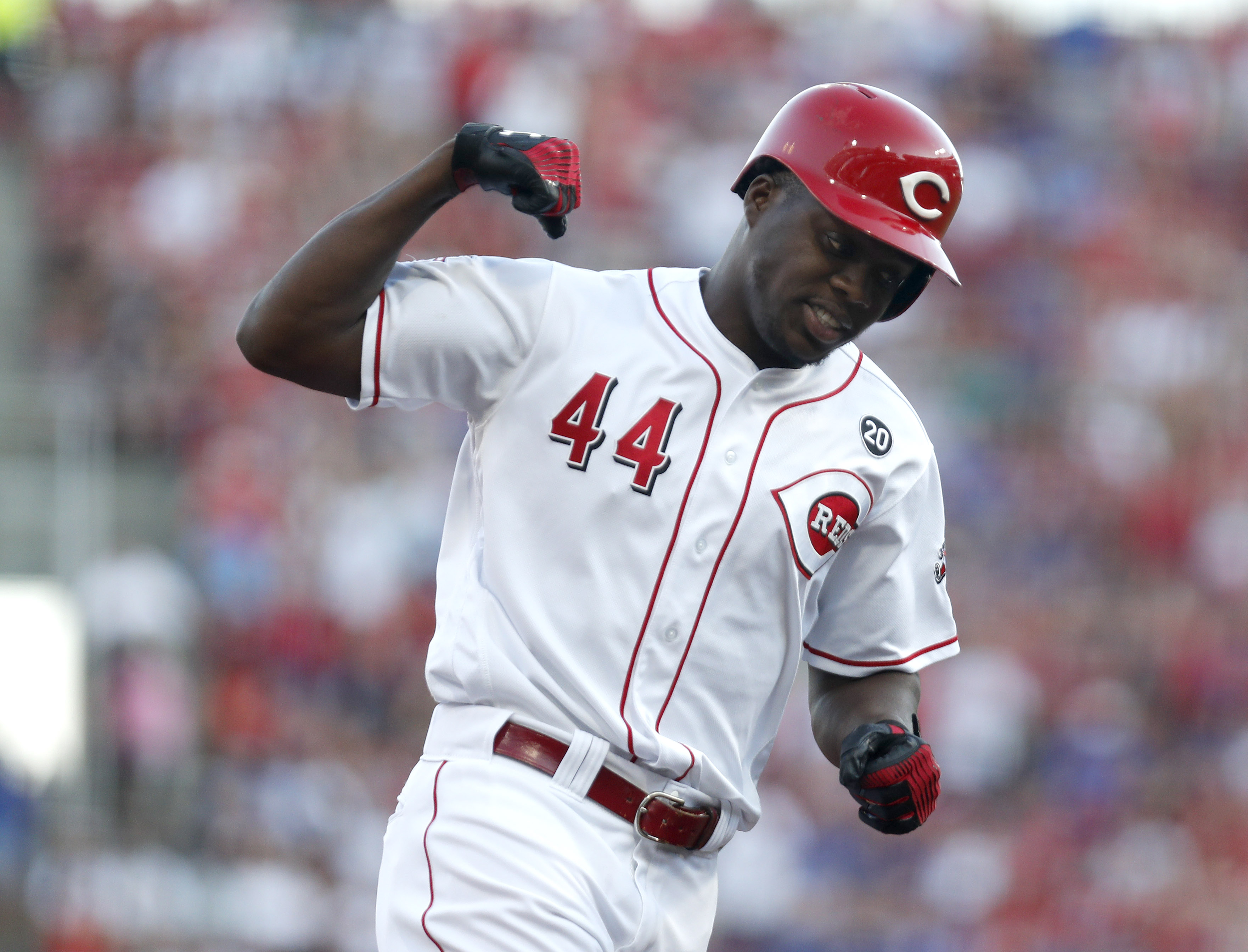 Aristides Aquino off to an unbelievable start with the Cincinnati Reds

He has only had 24 major league at bats after striking out in his lone at bat in 2018, but it is now safe to say the Cincinnati Reds have a star in the making in right fielder Aristides Aquino. The 25 year-old from Santo Domingo, Dominican Republic has played so well offensively in the last week, the Reds management look brilliant in trading away Yasiel Puig to the Cleveland Indians at the trade deadline and acquiring pitcher Trevor Bauer in return.

It has only been nine games. However what Aquino has been able to do in this small sample size, has been mind boggling. In 28 at bats, Aquino already has seven home runs. Yes, anyone can do the math. That is averaging one home run in each of his first four at bats. Aquino also has 10 runs scored, 13 hits, one double, 13 runs batted in, 35 total bases, a batting average of .464, on base percentage of .500, and a slugging percentage of 1.25.

On Saturday, the Chicago Cubs road woes continued, and starting pitcher Kyle Hendricks had massive problems with Aquino. By the third inning, Aquino had already hit two home runs off Hendricks and then in the fourth inning, Aquino hit a third home run in the game off of Cubs relief pitcher Dillon Maples.

As a team, the Reds had six home runs on Saturday. The other Reds players to hit the ball out of the Great American Ballpark were Eugenio Suarez, Nick Senzel and Kyle Farmer. The Reds meanwhile destroyed the Cubs by a score of 10-1.

With the win, the Reds pulled within four and a half games of the Milwaukee Brewers and Washington Nationals for the National League wildcard spot despite being three games below .500. Yes, the Reds have a chance of playing in October.

Meanwhile, the three game sweep the Cubs had over the Milwaukee Brewers just a week ago now seems like an eternity to Cubs fans. In six games, the Cubs have played .500 baseball during that stretch, but in their three losses in the last week, Chicago has given up 26 runs. The Cubs have also seen their lead in the National League Central shrink to one and a half games over the Milwaukee Brewers and two and a half games over the St. Louis Cardinals.