Tim Tebow is done for the season 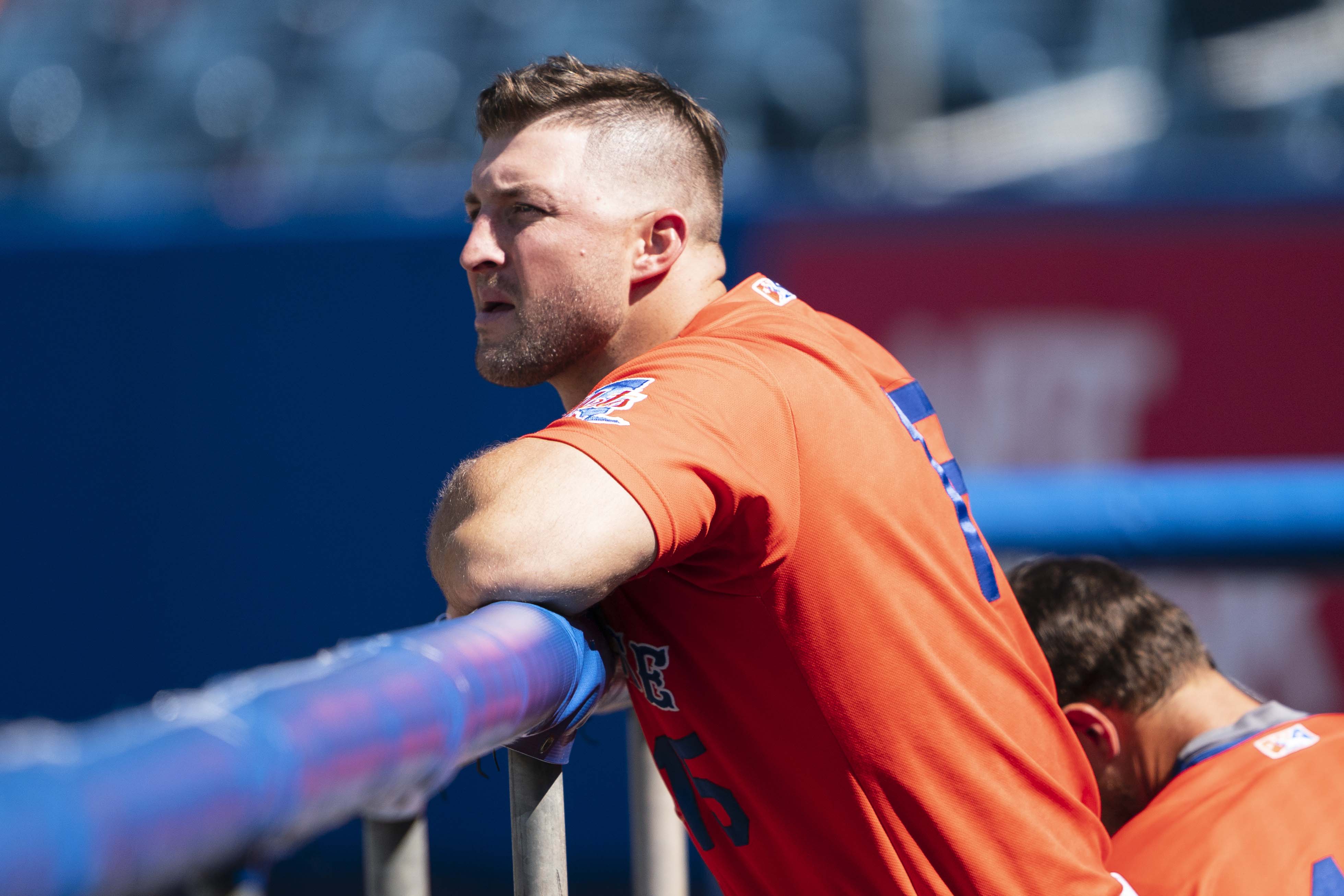 Tim Tebow is done for the season

For the second straight year, Tim Tebow will finish the minor league season on the shelf. Tebow, who suffered a deep cut on his left pinkie finger and has been on the injured list since, will not recover in time to play again in 2019, Newsday’s Tim Healey reports.

He suffered a deep cut on his left pinky last month, and it won’t heal in time for him to play again this year.

The Mets expect Tebow, who turns 32 next week, back in 2020 for his fourth season of pro baseball.

This year with AAA Syracuse, Tebow hit just .163 with four home runs and 19 RBI’s in 77 games. Tebow also piled up the strikeouts, whiffing 98 times in just 239 at bats. This is the second year in a row Tebow ended the year with an injury after a broken hamate bone in his right hand knocked him out of action in late July. According to Healey, the Mets are anticipating Tebow will return to their farm system next year, where he will presumably repeat AAA.