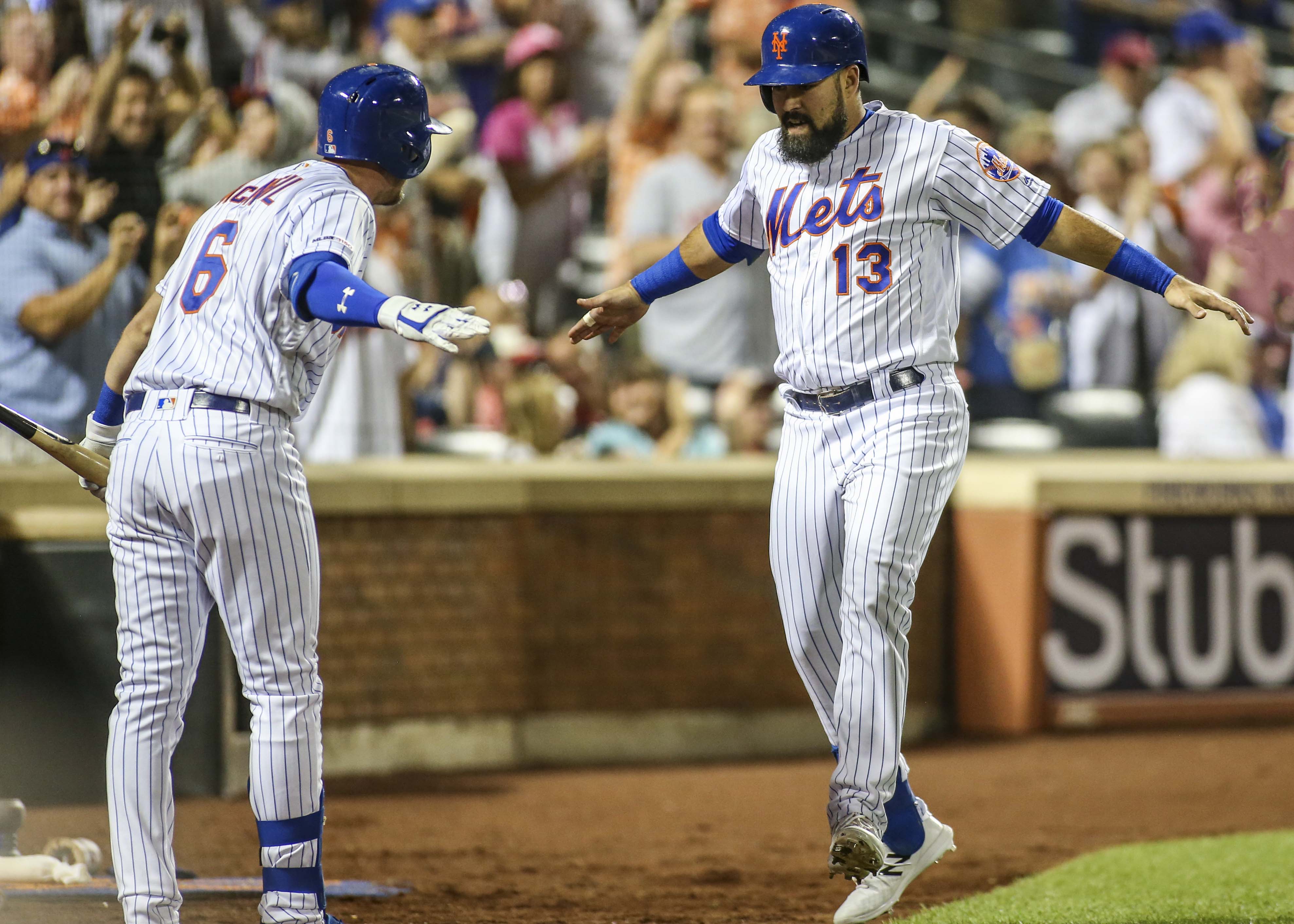 Can the New York Mets pull off another heart stopping victory over the Washington Nationals? Well I’m sure they’ll settle for a nice, run of the mill victory as they go for the series sweep at Citi Field in a Sunday afternoon tilt to try to move into a playoff position.

All fans are supposed to receive a pack of baseball cards to commemorate National Baseball Card Day. If I were you though, I’d still get there early because those Jacob deGrom t-shirts were supposed to be for all fans on Friday, except that half the people in the stands had leftover Amed Rosario jerseys because they ran out of deGrom shirts. Take no chances.

On the radio side, it’s ESPN Deportes 1050 along with Howie and Wayne on WCBS 880. while Gare and Keith will handle the television duties on SNY. If you’re in Washington DC, their coverage is on MASN on the television side and 106.7 The Fan on the radio side. If neither of those options appeal to you, then why the hell did you schedule that business trip to Washington while they were playing the Mets, Karen?

Jacob deGrom is coming off a stellar outing against the Marlins in the first game of their doubleheader on Monday. He gave up two runs in seven innings in a 6-2 victory.

Basically the same lineup as Friday with Michael Conforto back up to the third spot. (And by the way, with the way Conforto has been hitting lately, the way he’s been hitting lefties lately, and the way he’s seeing the ball, just let him hit third against lefties too? He’s locked in. Let it ride.)

Aníbal Sánchez in his last 13 starts:

Thank goodness the game is at Citi Field so that we don’t have to hear “Baby Shark” when Gerardo Parra bats.

Tonight’s strike zone notwithstanding, the Nationals have now led in the 8th or 9th inning in their last 5 games at Citi Field … and lost all 5.