Another look at Ravens' preseason win over Jags 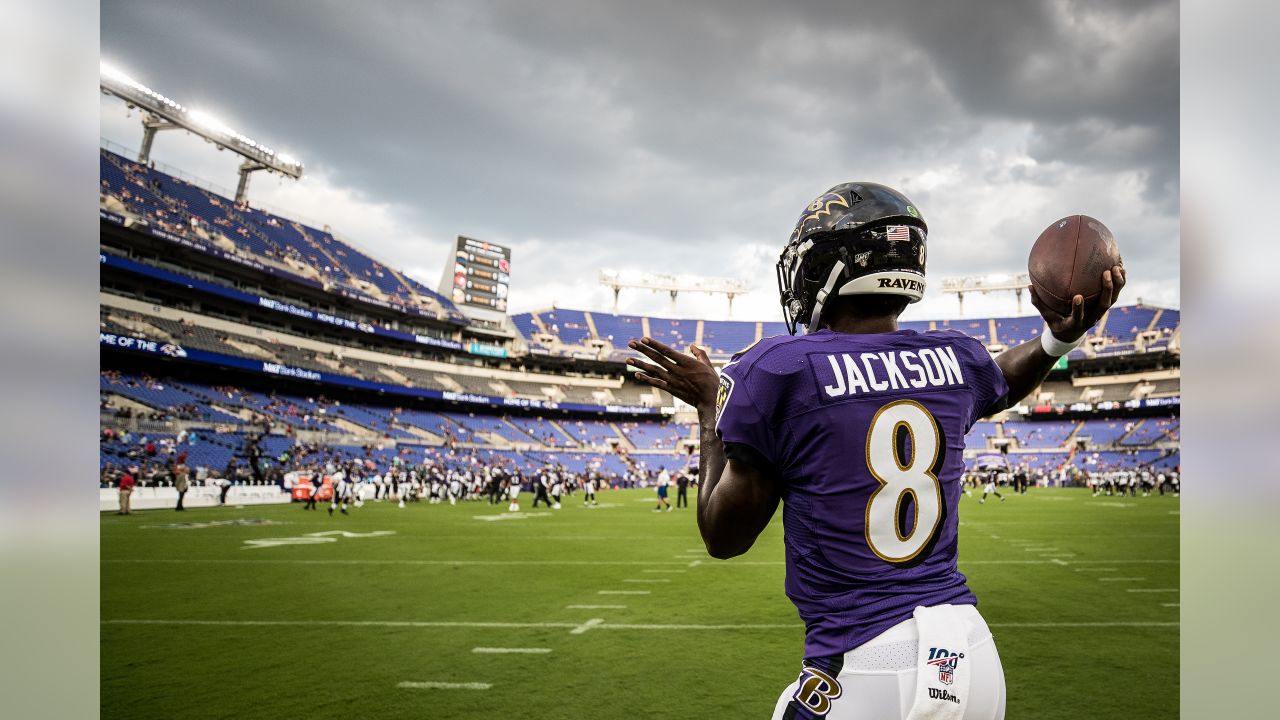 Another look at Ravens' preseason win over Jags

Most important revelation— Lamar Jackson got significant reps at QB, and it was mostly about passing from the pocket.

Conventional thinking is to limit your starting quarterback in PS1, but John Harbaugh turned him loose.

Harbaugh and the rest of the offense wanted to begin to quiet the questions about whether Jackson can be an effective passer in the NFL.

“There’s a lot of outside noise with everybody, whether it’s myself, Lamar, anybody,” tight end Hayden Hurst said. “There is negativity all over the place, but I think as players we know what we’re capable of. What I’m seeing out there, that’s not a running back. He’s an incredible quarterback. He makes really good decisions. He makes some really impressive throws. I’m just happy to see how he progresses moving forward.”

Jackson did well, although not exactly facing Jacksonville’s best defense in this one. He directed two scoring drives in three possessions and the Baltimore Ravens‘ defense throttled Jacksonville Jaguars backup quarterback Gardner Minshew in a 29-0 preseason victory Thursday night.

The Jaguars played without quarterback Nick Foles, the 2018 Super Bowl MVP who was signed as a free agent in March. Foles was one of 32 players who were either injured or rested by coach Doug Marrone in the preseason opener, which came after the teams held two joint practices earlier in the week.

Jackson went 4 for 6 for 59 yards and a touchdown. Looking to pass rather than flash the speed that enabled him to rush for 695 yards last year, Jackson completed a 30-yarder to Chris Moore on his first throw of the night to set up a 52-yard field goal by Justin Tucker.

Jackson’s second crack at the ball resulted in a four-and-out, but not long after that he capped his brief night of work with a 6-yard TD pass to Willie Snead for a 10-0 lead.

“I feel we did pretty good, for the most part,” said Jackson, who had no complaints about being on the field in early August.

With Foles on the sideline, Minshew, drafted in the sixth round out of Washington State, proved to be fodder for a defense that last year was ranked No. 1. Minshew lost his helmet when struck on a first-quarter foray out of the pocket, and in the second quarter he got hit a whole lot harder after mishandling a snap. Minshew quickly picked up the ball, just an instant before Kenny Young swooped in untouched and applied a crushing tackle that separated the quarterback from his helmet — again.

“I think it looked a lot cooler than it felt,” Minshew said. “It looked very bad, but when you don’t see it, it isn’t that bad.”

Still, the Jaguars gave up four sacks and completed only 10 passes.

“Gardner was hit a lot. We didn’t do a lot of things up front. That’s a concern,” Marrone said.

Minshew was mercifully lifted after going 7 for 14 for 46 yards. Tanner Lee started the third quarter and was immediately sacked twice before throwing an interception that Cyrus Jones returned 19 yards for a touchdown for a 26-0 lead.

Former Penn State quarterback and sixth-round draft pick Trace McSorley made his NFL debut for Baltimore, completing 9 of 22 passes for 85 yards and an interception.