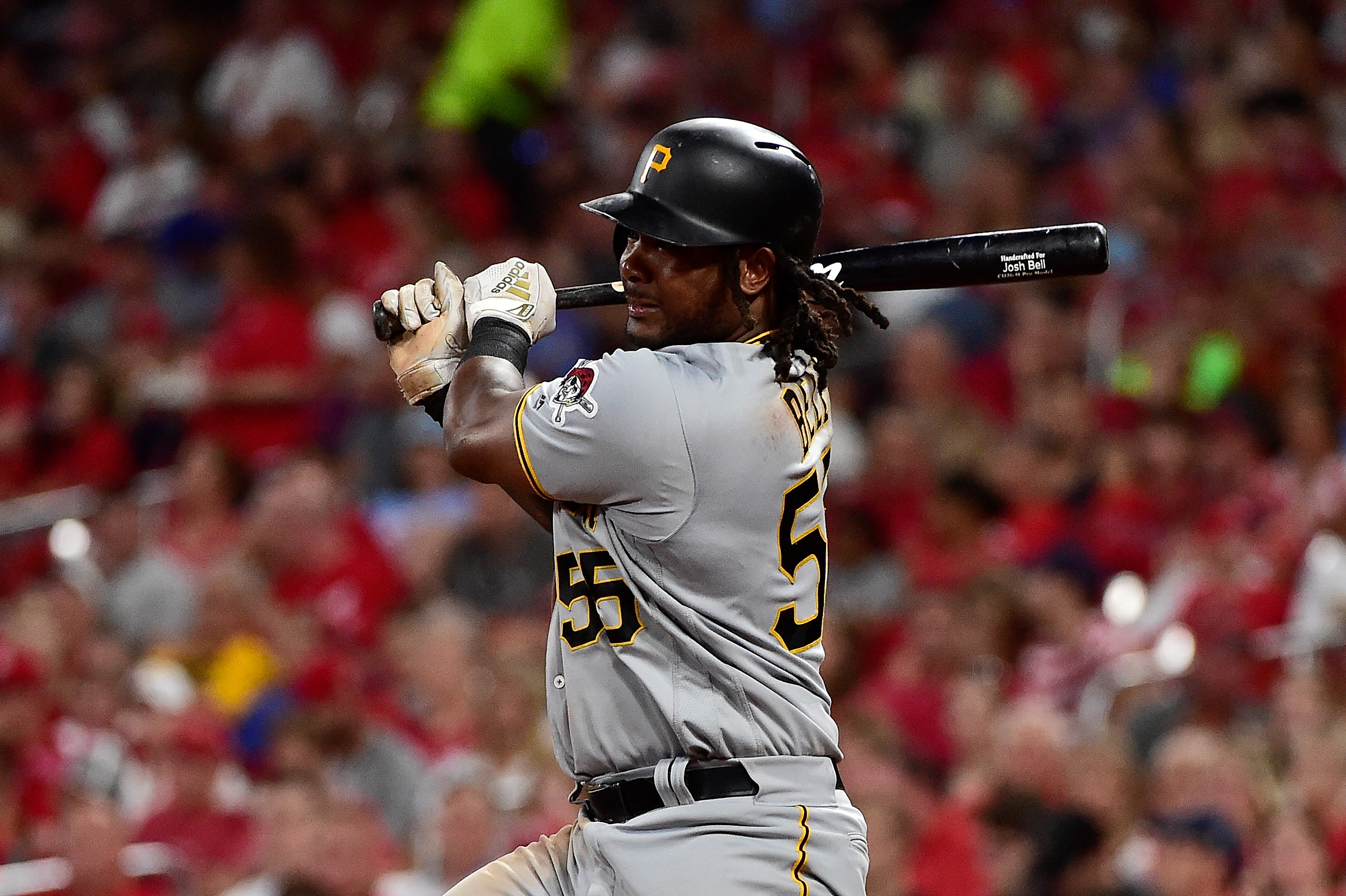 If we solely take a look at Pittsburgh Pirates first baseman Josh Bell‘s season-long numbers, his 2019 campaign is already far-and-away the best of his young career. The only problem is that his production has been awfully lopsided.

If we split his campaign and look at it prior to and after the All-Star break, it doesn’t look nearly as wonderful.

As Bell approached the All-Star break and prepared for his first appearance in the midsummer classic, he had already set a new single-season career high in homers. The only question at that point was how much further he’d go. Getting to the 30-dinger plateau seemed like a formality (and it probably still is), but after going homer-less for more than a month, he’d probably feel more relieved about getting there than anything else.

Of course, it doesn’t help that the Pirates have completely fallen out of contention during this time. Despite entering the break at 44-45, they were at least in the National League wild-card conversation. However, a 4-23 stretch to start the second half ruined any hopes of making a run.

So what’s been going on with Pittsburgh’s most feared slugger (in the first half, at least)?

When a hitter goes through this kind of power outage, one would expect them to be trying to do too much, which would in turn sacrifice some plate discipline.

That hasn’t happened with Bell, though. In fact, the numbers tell us his approach at the plate has actually improved a bit. Here’s a quick peek at how his walk rate, strikeout rate, and swing rates have progressed from one half to the next.

It’s at least comforting that Bell’s plate approach hasn’t changed much. While it’d obviously be better for his swing rate on strikes to increase, it’s nice to see the chase rate take a dip, which corresponds with a rise in walk rate. He’s even decreased his swinging-strike rate from 11.8% to 10.4%.

With his approach against opposing hurlers looking sound, it appears as if there’s a lack of execution going on. This can be seen in the results of his batted-ball profile from before and after the All-Star break.

What’s crazy, though, is that Bell’s splits don’t look all that different (outside of the quality-of-contact numbers). In fact, they look almost identical.

Having such a dramatic drop in hard-hit rate would likely lead to worse results, but it still seems as if it’d be good enough to get by.

The key here is what’s not actually pictured — his infield-fly rate. Prior to the All-Star break, Bell’s infield-fly rate was just 2.1%. Since the midsummer respite, it’s all the way up at 14.3%. This helps explain the drop in power, along with the drop in hard-hit rate.

The pitch mix Bell has seen between these two time periods haven’t been drastically different, but one thing that is slightly different is the percentage of balls he’s seeing in the strike zone. After seeing a 37.7% zone rate produced against him in the first half, that number has continued to drop (albeit not by much) down to 35.5% in the second half. His season-long 37.3% season-long zone rate is tied for the fifth-lowest mark in baseball among qualified hitters.

This means the 26-year-old needs to make the most of the pitches he does see and ultimately offers at in the strike zone. A drop in swing rate on strikes since the All-Star break has come with a slight drop in contact rate for that situation, as well.

So it seems as if Bell may not be as far off as his traditional statistics are showing. What’s great is that he hasn’t sacrificed his approach as a way to get out of this terrible slump. The Pirates’ season may have spiraled out of control, but their first baseman still has time to bust out and finish strong in what’s already been a career-defining campaign.