Arrival of Gingergaard could have come at right time for Dodgers 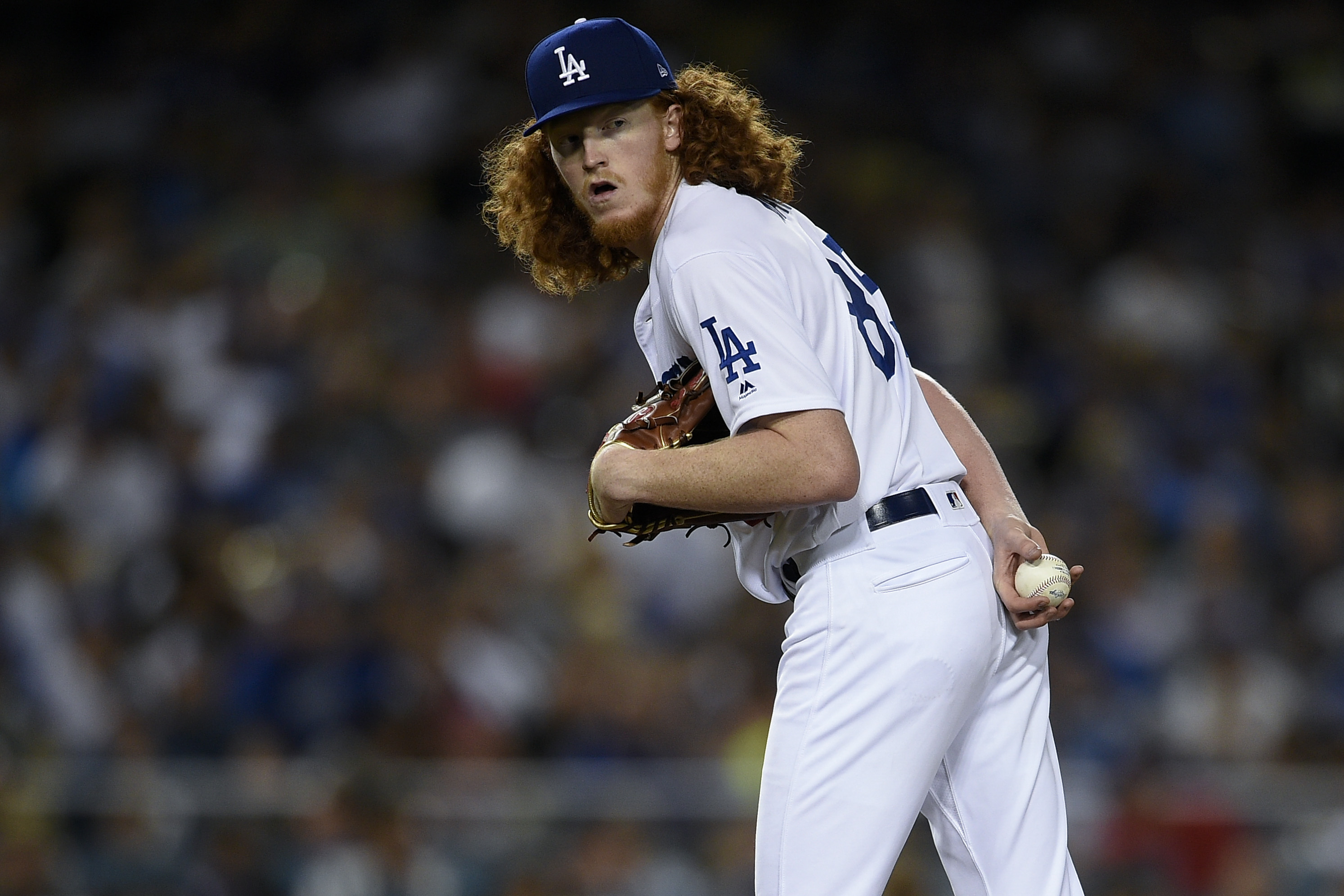 Arrival of Gingergaard could have come at right time for Dodgers

The arrival of Dustin May (best known throughout baseball as Gingergaard in the last two weeks because he looks like New York Mets ace Noah Syndergaard) of Justin, TX could have come at the right time for the Los Angeles Dodgers.With the National League West leaders having ailments to three starting pitchers in Rich Hill, Ross Stripling and Hyun-Jin Ryu, May has come in and given the Dodgers two very good starts as a rookie starting pitcher.

May made his Major League Baseball debut on August 2 in a 5-2 loss to the San Diego Padres. He had 97 pitches in 5 2/3 innings and gave up three earned runs. Even though May gave up nine hits, he displayed strong control as he struck out three batters and did not walk anyone.

Then on August 7, May pitched against the National League Central contenders, the St. Louis Cardinals. He threw 5 2/3 innings again in a 2-1 Dodgers win.

It should be noted that May’s second start was better than his first. It took him 14 fewer pitches to get five and two thirds innings, while struck out seven and walked one. May also gave up only five hits, with the lone Cardinals run coming off a home run by Marcell Ozuna.

It should also be noted that the Dodgers have another strong starting pitching prospect in Tony Gonsolin of Vacaville, CA. In three games pitching for the Dodgers on June 26 in Arizona, July 30 in Colorado and August 5 against St. Louis, Gonsolin pitched 14 innings and gave up five earned runs for a respectable earned run average of 3.21. Gonsolin’s best performance came in an 8-0 Dodgers win over the Cardinals on August 5. In recording his first career Major League Baseball win, Gonsolin only gave up two hits in six innings, zero earned runs, seven strikeouts and one walk.

Gonsolin is back with the Oklahoma City Dodgers of the Pacific Coast League. However, he should not be in triple A for long.

The Dodgers are well in command in the National League West at the moment. They have a commanding 19 game lead over the second place Arizona Diamondbacks.