Oddly, few teams have confirmed their new third jerseys for the 2019-20 NHL season. With roughly a month until training camps open, expectation around the league is that the full catalog of alternate jerseys will be revealed in the coming weeks.

Fans of the Edmonton Oilers won’t have to wait to see the new jersey. The uniform leaked over the weekend and was captured by Icethetics.com. The uniform will be the first ever Oiler jersey without any white, and carries elements from the Team North America uniforms from the 2016 World Cup of Hockey.

Many Oiler fans are upset by the uniform, mainly because they wanted a more official return to the royal blue from the 1980’s and most recently 2010’s. I agree that the royal blues are the best uniforms in Oiler history, and that they should be the home uniform with the matching white on the road.

They won’t be coming back, however. Oiler fans should be open to embracing a new uniform, much like the ‘gear’ jersey that was the first ever alternate in franchise history.

More pictures leaked on Monday. These images show the numbering and lettering expected to be used on the uniform. 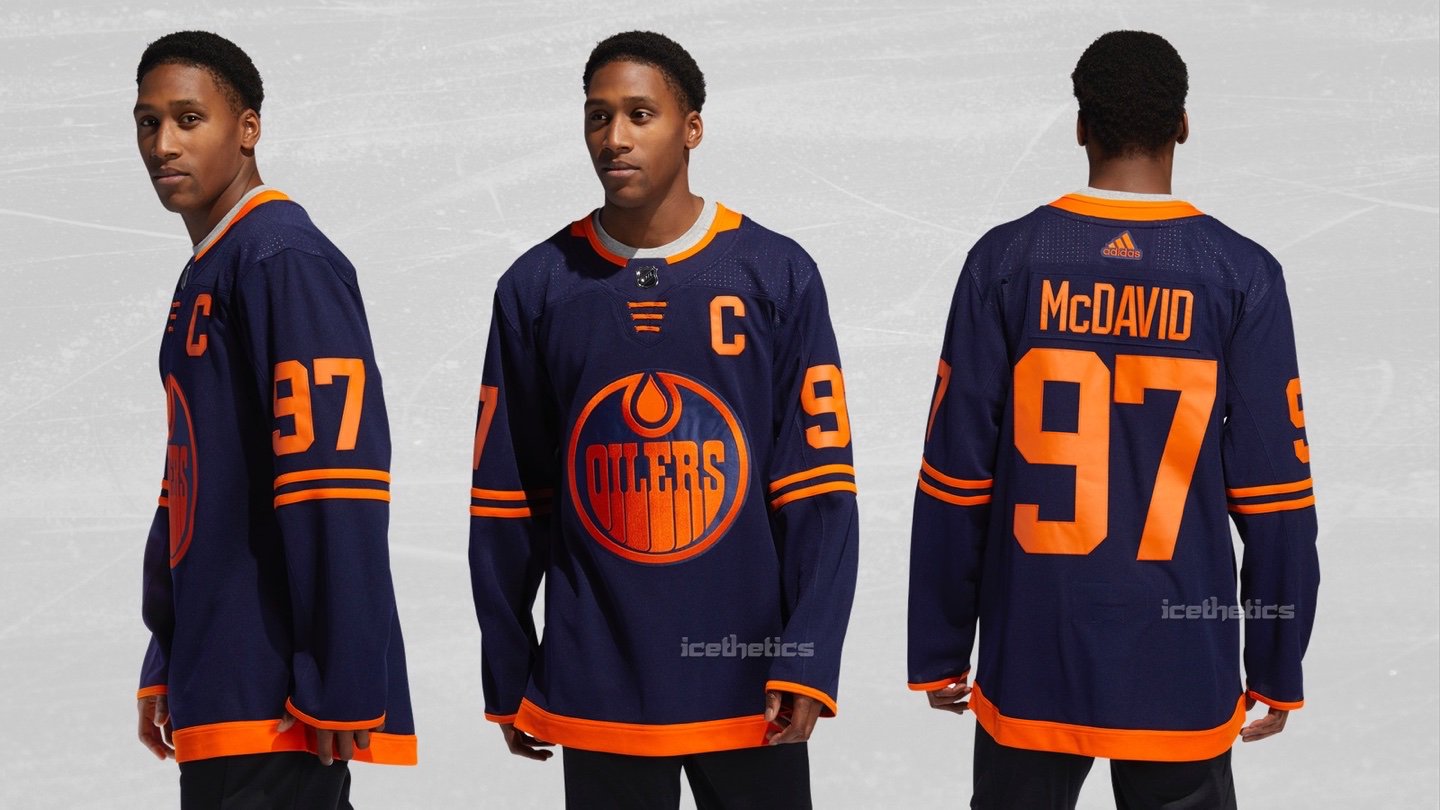 I know people are upset that the Oil didn’t go back to the royal blue. I am too. That said, I actually like the new design. It’s different, outside of the norm, and I appreciate the effort put into it. The shade of blue used here is actually quite nice and reminds one of the uniforms worn by the club in the late 1990’s and early 2000’s. The orange looks a lot better when used sparingly.

In addition, I have to wonder if the Oilers will wear different helmets and/or pants and gloves with this uniform. The Nashville Predators rotated in yellow helmets in 2015-16 and 2016-17, eventually going to them full-time. Could an orange helmet or pants and glove combo be in the fold? It would certainly add to the look.

It’s certainly not my first choice for a jersey, but I do believe the Oilers did a nice job of building a new uniform that will grow on the fanbase. Pictures are one thing, but I’m willing to wager that fans will like these a lot better once they get a glimpse of them up close and personal.

Nothing has been confirmed yet by the club, but we are expecting something to come down at some point in August.

What say you about these jerseys, Oiler fans?