Who Steps in at ILB for the Packers if Oren Burks is Out? 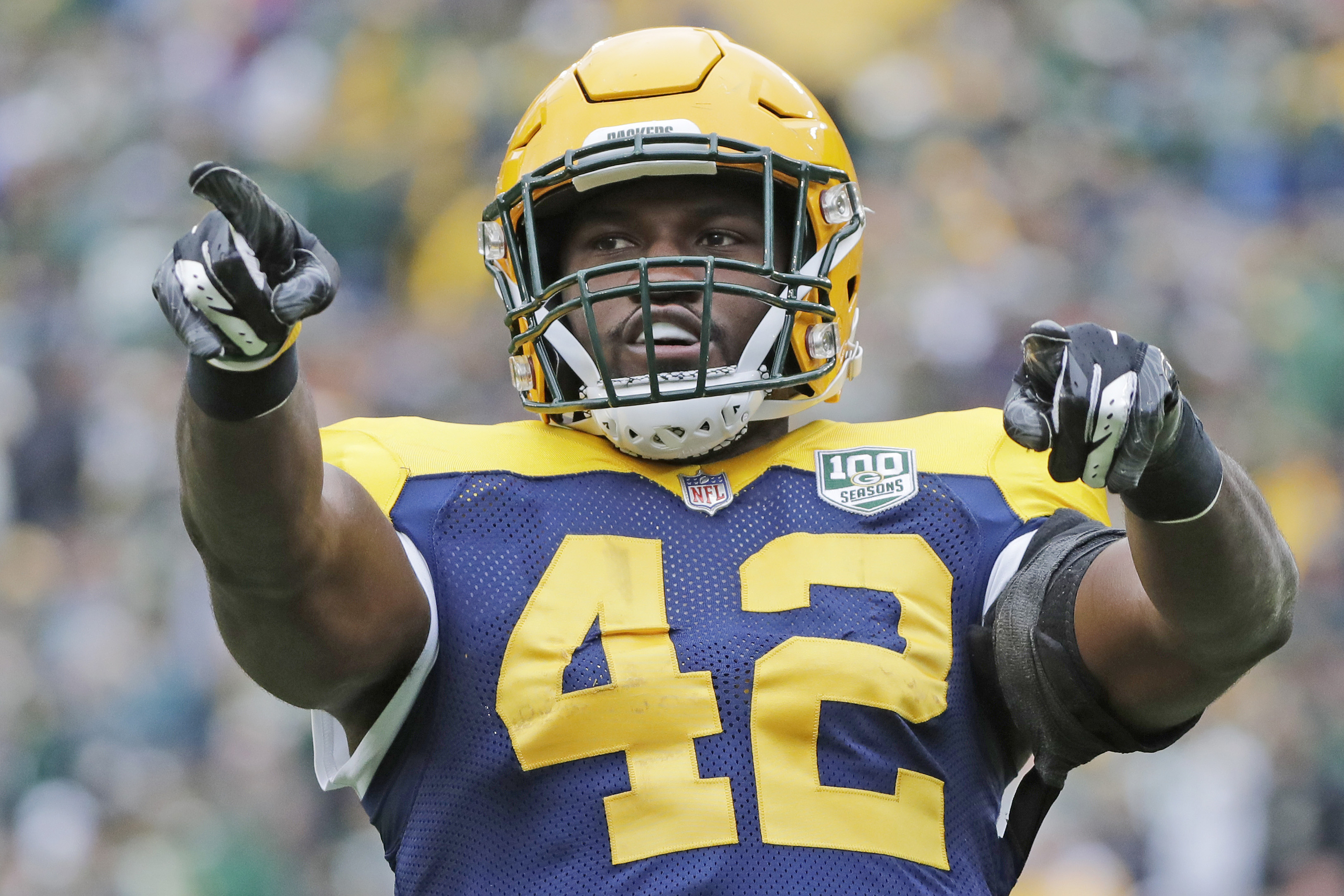 Who Steps in at ILB for the Packers if Oren Burks is Out?

Green Bay Packers inside linebacker Oren Burks reportedly suffered a torn pectoral muscle in the preseason opener against the Texans on Thursday. While further examinations will determine definitively whether Burks can play this season with the injury or will require season ending surgery, it appears very likely that Green Bay has lost their first starter due to injury. If Burks is done for the season, the cliché in the NFL is “next man up.”

Who are the best players currently available on the Green Bay roster to replace Burks if he is indeed out for an extended period? Inside linebacker was a bit of a question mark heading into camp, and now if Burks is out, who does the Pack line up in his spot next to Blake Martinez?

If Burks is unable to play, it would be the second straight year the projected starter at this position was lost in training cap due to injury. Last season, the Packers lost Jake Ryan for the season shortly after training camp got under way.

Here is a look at the top candidates on the roster who could step in and start if Burks is indeed unavailable due his latest injury.

The next man on the Packers official depth chart right now is James Crawford. The Pack signed the second-year man out of Illinois on August 8, 2018, a full 10 days after training camp had started. Crawford made the team largely on the strength of his special teams play. By the end of the season, he led the team in special teams tackles and was named the captain of the unit for the season finale against Detroit.

Crawford was hoping for a larger role on the defense this year and now he may get the opportunity. He has good speed and is a sure tackler but must improve his defensive reads if he is to become a quality starter in the NFL.

Josh Jones hasn’t had an easy offseason. The natural safety found himself buried on the depth chart last season and demanded a trade back in May. The Packers didn’t give it to him. He was also asked not to return to practice during training camp after getting into a scuffle with a teammate.

The former second-round pick out of NC State has played the hybrid safety/inside linebacker position before and that would be the role he would take over if he replaced Burks.

Jones has 12 starts over his first two seasons and he has shown flashes of playmaking ability. But there is a reason he has been passed over for playing time by undrafted free agents like Kentrell Brice and Jermaine Whitehead in the past. He has not put together the consistency you need to see from a starter thus far in his career. He needs to be in the right place at the right time and fit into Mike Pettine’s defensive system.

If Jones can become more consistent and set aside his trade demands, this may be his best opportunity to finally crack the starting lineup.

Greene showed some promise during his time with the club last year. He played in eight games and made five total tackles, registered a sack and a forced fumble in limited playing time before an injury ended the James Madison alum’s season.

Greene is physical and smart and has made a solid impression on the coaching staff with his coachability and work ethic in year two.

As of now, Greene is listed as a second-string safety, but he can also play the hybrid S/ILB position. Greene has shown promise, and this may be a good way for him to get more playing time on defense.

Bolton is an undrafted rookie out of Oklahoma. He has made a positive impression thus far in training camp and in the preseason opener but asking him to start at the ILB position as a rookie may be a tall order.

In college, Bolton demonstrated leadership and was a good playmaker, but the NFL is a different level altogether.

One thing working in his favor is that Bolton has shown the ability to drop back into pass coverage as well as playing the run. Still, there is a big difference between playing in the second half of a preseason game and starting opening day in Chicago and Bolton has a lot to prove before he can claim a spot in the starting lineup.

Other long shot players on the roster who could fill the void include seventh round pick Ty Summers and Natrell Jamerson, who played two games at safety late last season for Green Bay after being released by the Texans.

The Pack may also opt to add acquire a player not yet on the roster either on waivers or via a trade. Either way, the loss of Burks means an opportunity for one or more players to step up and take on an expanded role on defense.