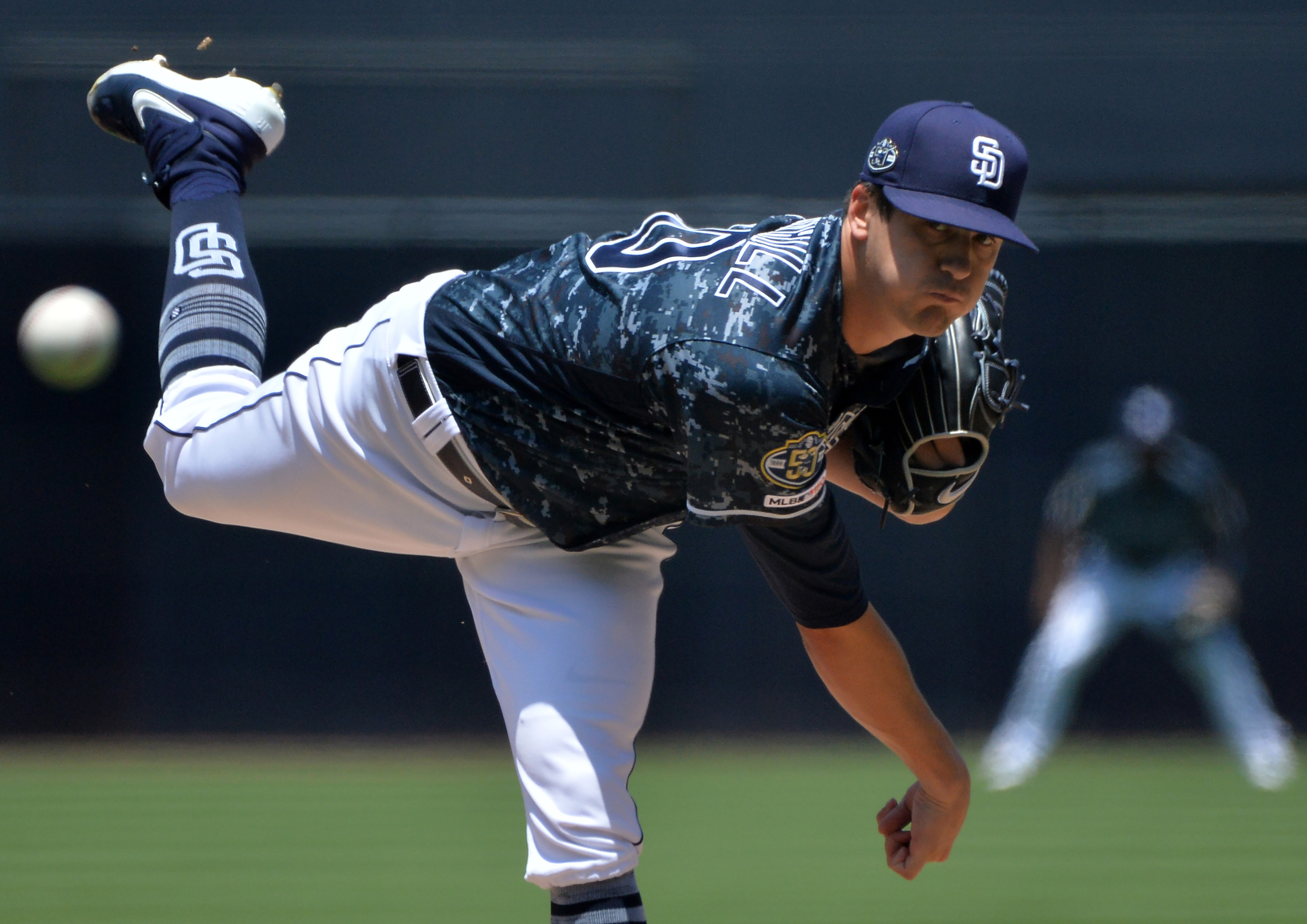 It feels weird putting Yu Darvish on this list, but he’s struggled so much that it seems as if what he’s been doing since the All-Star break has actually gone under the radar a bit.

While one would think it’s difficult to have just a 4-6 record through 24 starts and 132 innings, that’s exactly where the right-hander stands at the moment. His 4.43 season-long ERA doesn’t look all that wonderful, but it could’ve been a lot worse after the kind of first half he had.

Through his first 97 innings, Darvish struggled to a 5.01 ERA and 1.34 WHIP. Since returning from the All-Star break, those numbers have dropped dramatically to 2.83 and 0.77, respectively, in 35 frames. A huge change has come in his strikeout and walk rates. Darvish is whiffing 35.1% of hitters in the second half after posting just a 26.5% clip in the first half. What’s more dramatic of a change is his walk rate: after allowing 11.7% of hitters to reach via the free pass prior to the midsummer classic, that number is all the way down to 1.5% (!) at the moment.

He’s accomplished this by getting ahead in the count much more often. His first-pitch strike rate has risen more than eight percentage points in the second half to 67.9%. That’s been paired with a rise of about nine percentage points in chase rate, bringing that number to 39.3% at the moment.

This is the pitcher the Cubs were hoping they acquired two winters again when Darvish signed a six-year, $126 million contract.