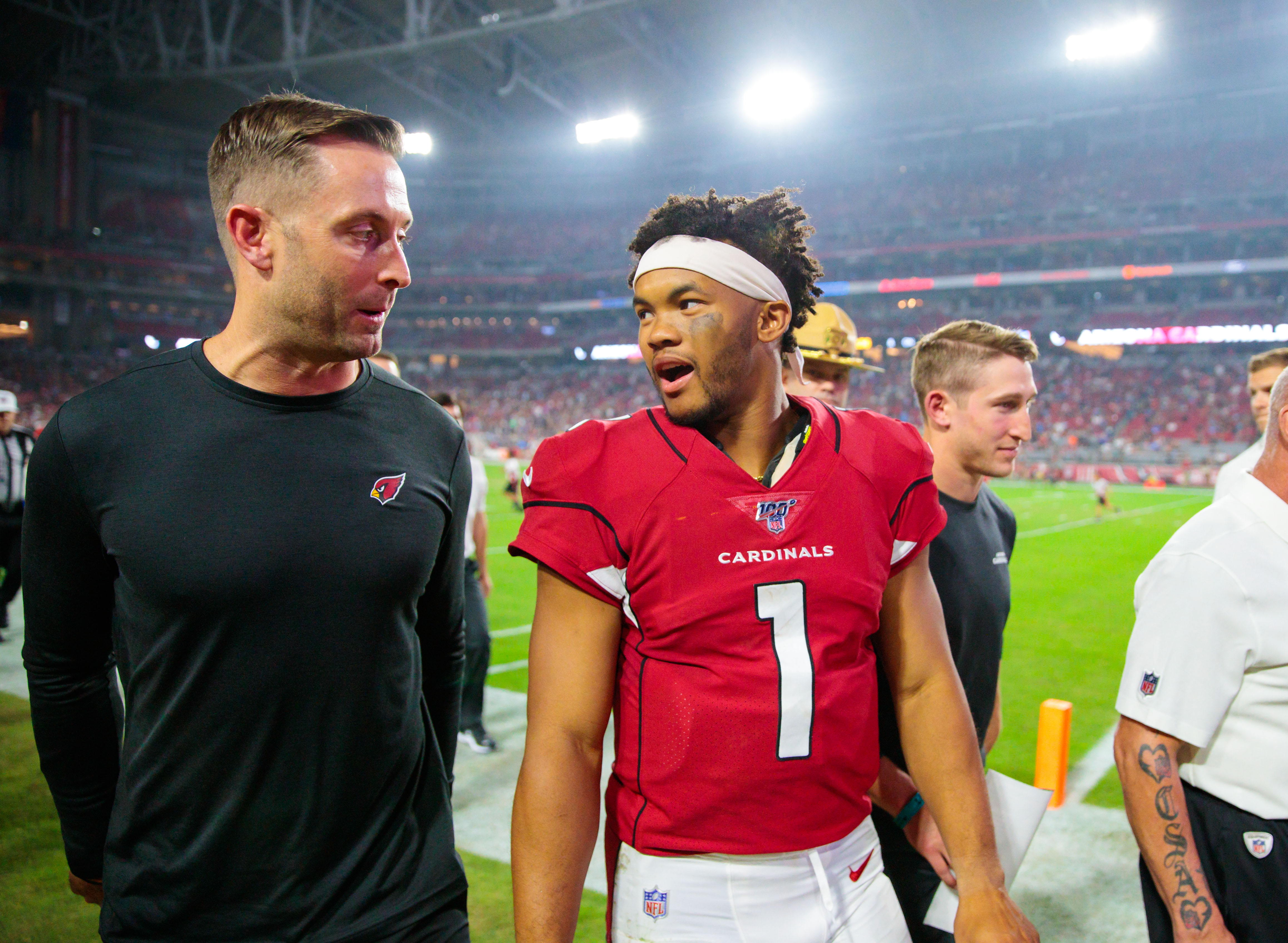 Cardinals young phenom quarterback Kyler Murray is only 22 years of age, yet he’s also being touted as having the skill set and arm talent to possibly become an elite signal-caller one day.

That remains to be seen, but we do know Murray is a dual-threat gunslinger who figures to be a perfect fit in Kliff Kingsbury’s Air Raid offense. Not only that, he put together a stellar performance in his first preseason outing last week, which projects well for his future.

But he’s still young, and has a lot of room for development. As for new teammate Terrell Suggs, he’s 36 years of age, and is nearing the end of his career. Murray did a great job summing up the age disparity in speaking to Darren Urban of the team’s official website after practice recently.

“He’s old enough to be my dad,” Murray said, via Darren Urban of the team website. “It’s not like we’re hanging out.”