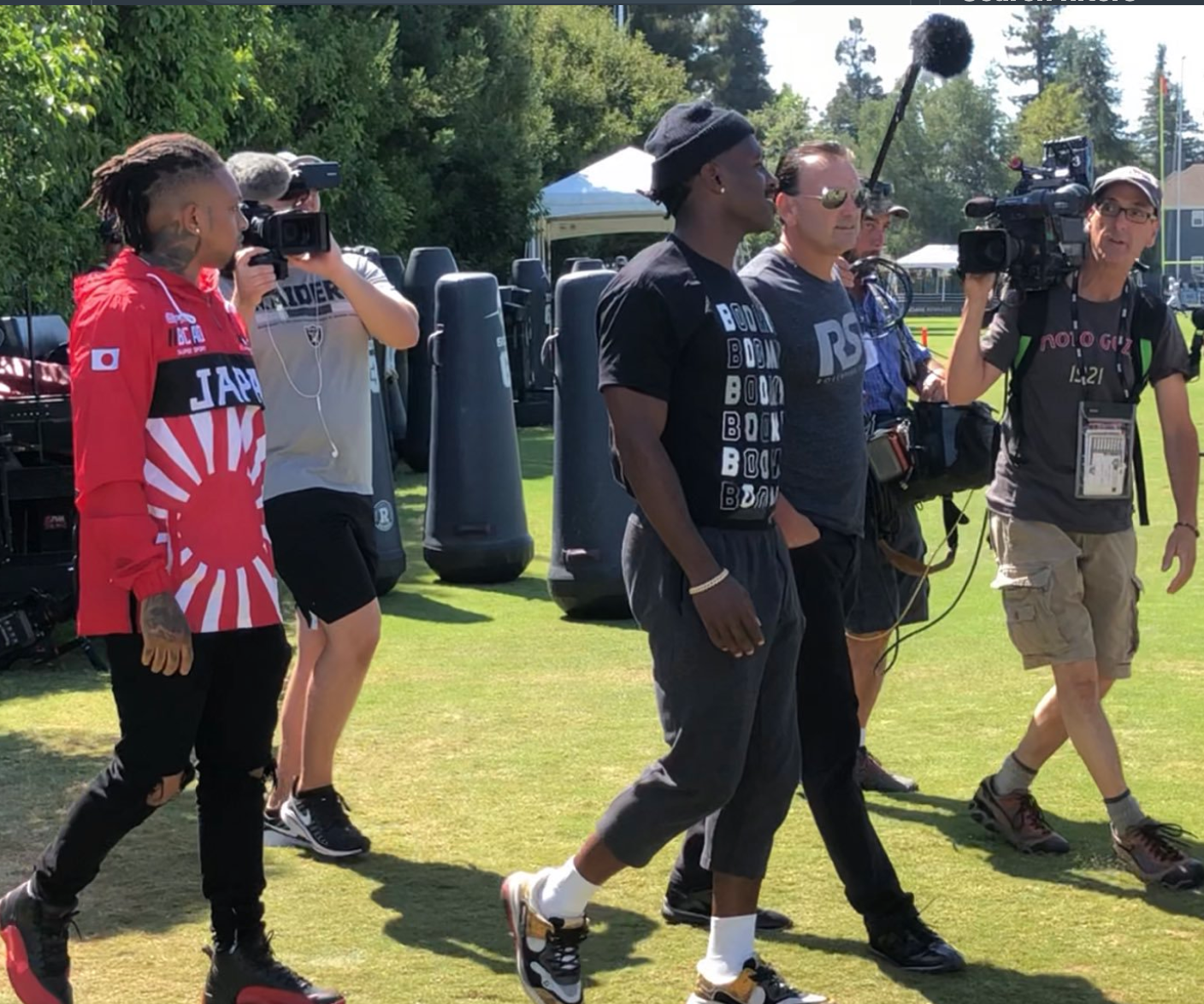 The Oakland Raiders have been waiting for their biggest offseason acquisition to finally begin practicing with the team at training camp, and Tuesday proved to be that day.

Antonio Brown has been recovering from a foot injury, as well as refusing to take the field due to a helmet discrepancy, which the team’s coaching staff has clearly not been thrilled about.

Well, AB did finally show up to Napa

And @AB84 has returned to Napa for #Raiders camp… pic.twitter.com/KMZUJXGpEa

This followed his bizarre tweet about trying to have someone find him a helmet earlier in the day.

"I'm looking for a Schutt Air Advantage Adult Large Helmet that was manufactured in 2010 or after. In exchange I will trade a signed practice worn @Raiders helmet."

Business will be boomin’ again, it seems. It will be interesting to see if Brown suits up at all to play during the preseason, with the team having three more games.