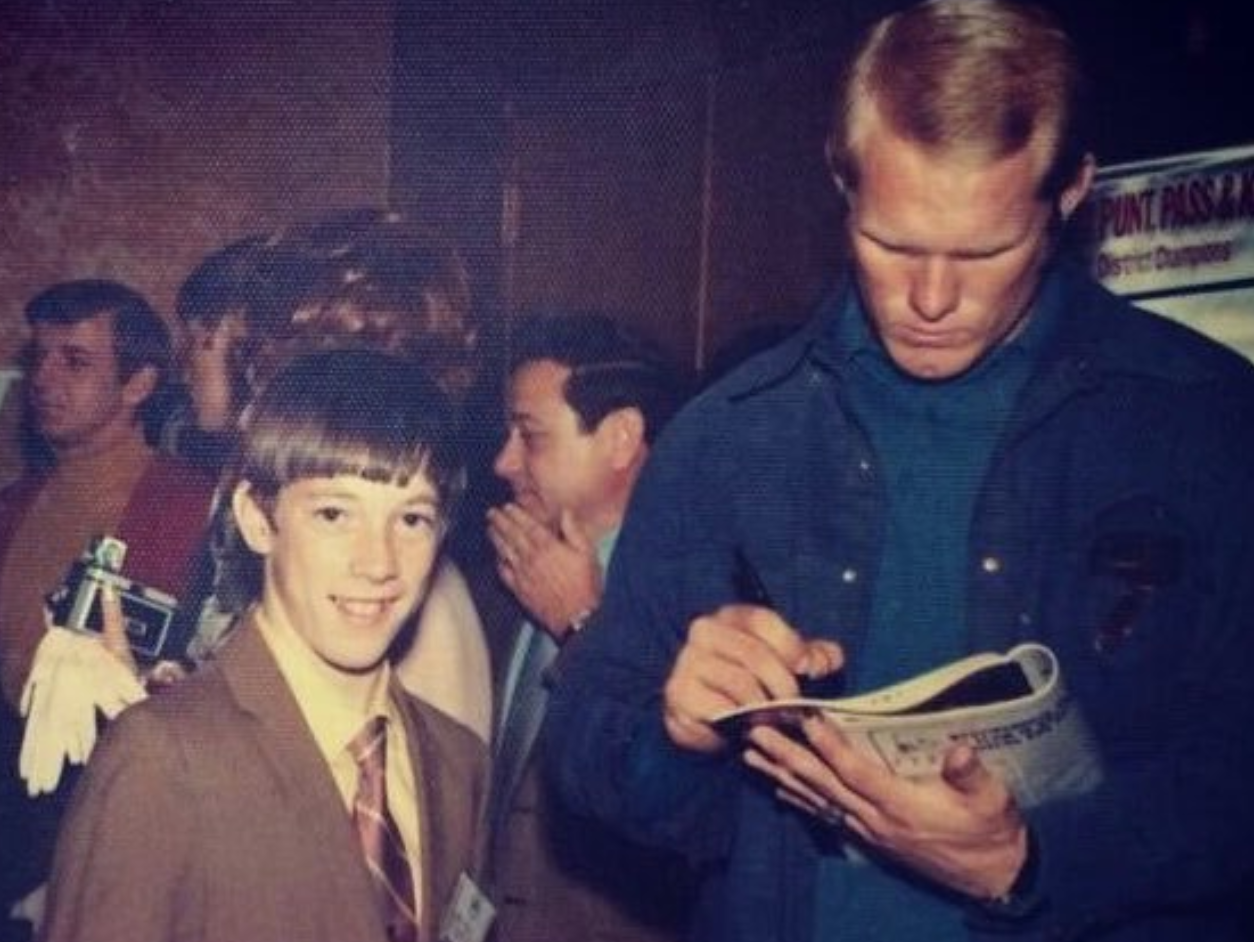 Part of getting older is watching time change before our very eyes, so it’s sometimes quite amazing to see old photos and videos surface, especially when they’re from events that happened before our time.

That’s why an old photo has gone viral, as it involved two former NFL quarterbacks — both of whom are Hall of Famers- and it’s roughly four decades old.

It shows a young Jim Kelly, as a boy, dressed up in a suit at an event, approaching Steelers legend Jim Kelly for an autograph, clearly in awe of the moment.

Jim Kelly getting Terry Bradshaw’s autograph. Because that happened. pic.twitter.com/iPk6T3kKT9

It’s moments such as that one that make sports great.