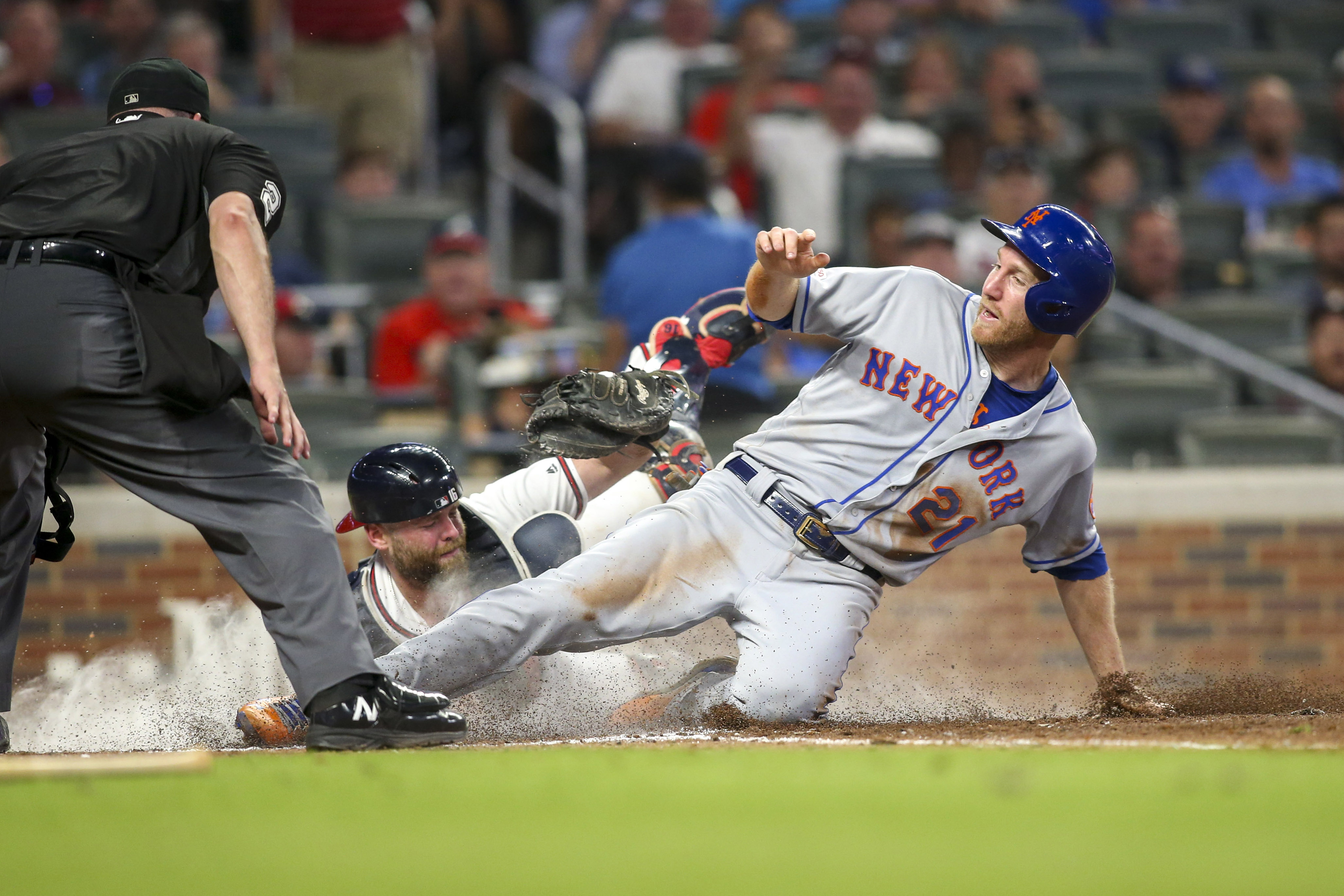 #Mets officials believe it’s likely Jeff McNeil will need to be placed on the injured list due to injured left hamstring, but they’re waiting for MRI confirmation this afternoon, source says. Ruben Tejada is the likely callup, per @JonHeyman. @MLBNetwork @MLB

Thankfully, the squirrels took it easy on him and the strain is mild:

Source: Jeff McNeil's MRI revealed only a mild left hamstring strain. The expectation is he will be able to return the Mets in 10 days.

Even without McNeil the show must go on as the Mets will face the Braves once again at Sun Trust Park for a 7:20 start. (I’m sure Steve Gelbs is excited to have the extra pre-game segment all to himself.)

It was hot for Tuesday’s game and the high on Wednesday is supposed to reach 93 degrees with thunderstorms in the area, so Gelbs might have even more segments to himself. More importantly, it could impact Steven Matz’s start if the rain hangs around past game time.

Ron and Gare (not that Gare … it’s Gary Apple!) have the call on SNY, while Wayne Randazzo and John Sadak have your call on WCBS 880.

Please note Howie and Gary have this week off. John Sadak is filling in on the radio side with Wayne. Gary Apple is here in Atlanta with Ron. Thanks for tuning in.

How do Gare AND Howie have a week off at the same time? I want their agent.

Also, you can listen on ESPN Deportes 1050, though I’m sure their main announcers also have this week off so you might have Jeff Wilpon and a French guy on the call. (I don’t discount anything anymore.) Oh, and if you’re in Atlanta, Chip Caray sings the chop for three hours while Jeff Francoeur grows a beard on FOX Sports South. On the radio side the Braves are on 680 AM/93.7 FM The Fan. Also, the Braves are on Rock 100.5 where the 100th caller during the fifth inning gets Allman Brothers tickets.

Dallas Keuchel is another in a long line of holdouts that sign late and can’t get it together right away. Keuchel is 3-5 with a 4.83 ERA and a 1.35 WHIP this season with Atlanta, and a lot of that damage came in his last start in Miami where he gave up eight runs in 3 and 2/3’s innings against the Marlins which raised his ERA almost a full run. To be fair, his seven starts before that were pretty solid, going 2-3 with a 3.57 ERA over 45 and 1/3 innings. He has a batting average against of .210 in that span with an OPS against of .630.

The Mets waste no time getting Tejada into the lineup, and he’ll even get his number 11 back.

Brian McCann, Matt Joyce, and Charlie Culberson are out, Tyler Flowers, Adam Duvall, and Johan Camargo are in to face the lefty.