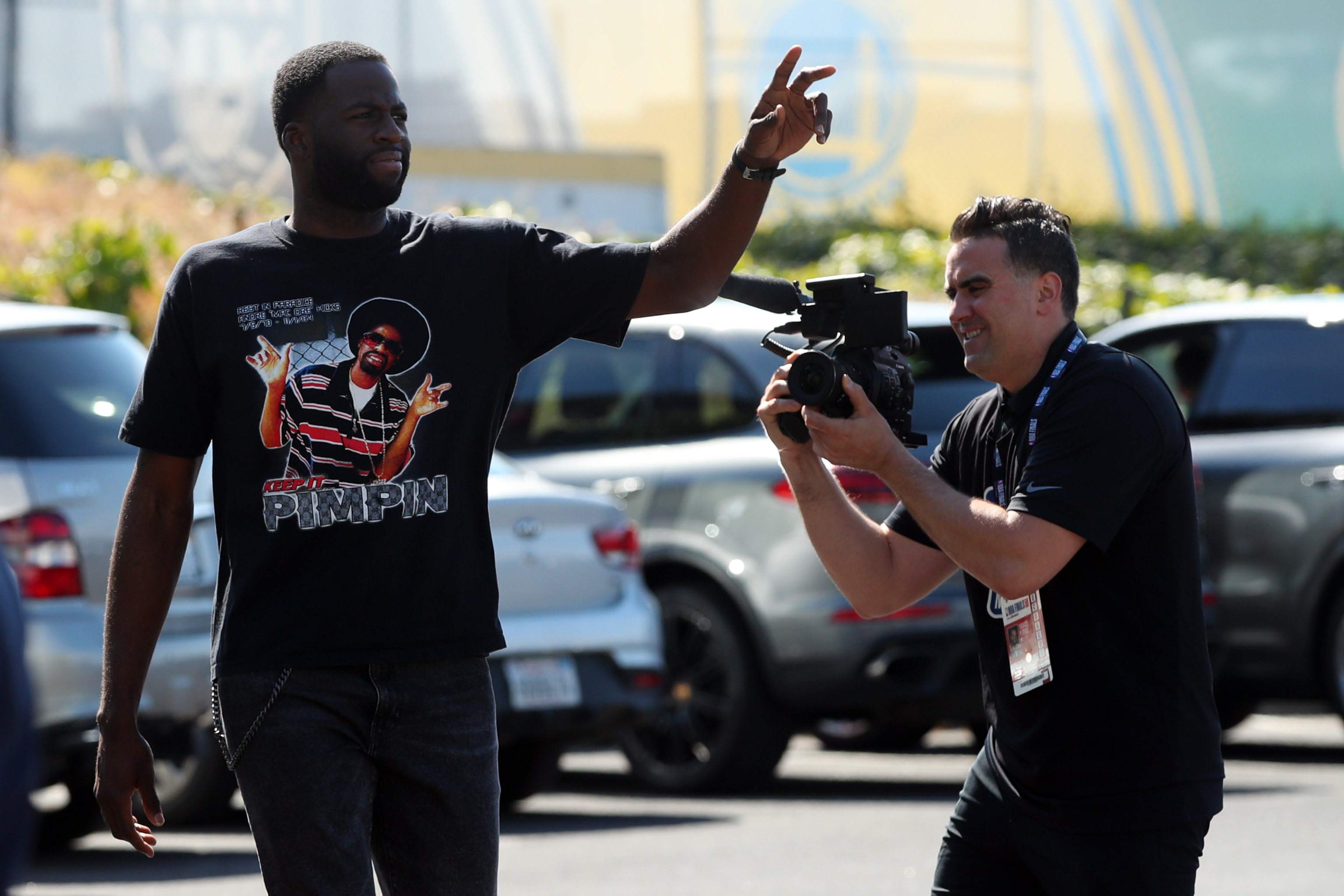 Kevin Durant and Draymond Green have had their issues in the past, especially after a matchup with the Clippers last season, when the two got into it on the court, for the public to see. It was at that point that NBA fans realized the Warriors locker room wasn’t as tight as they once thought it was.

But Green didn’t appear all that upset that Durant left the Warriors for the Nets in free agency, even though he found out when the rest of us did, apparently.

Green appeared on “The Jump” on Wednesday, and that’s when he went public with how he felt about Durant’s departure for the first time.

Draymond tells me he’s totally fine KD didn’t talk to him about going to the Nets; “I'm not about to go to Kevin Durant & say, ‘Hey, Kevin, can I get my fiancé pregnant?’”
“It’s my life. Am I supposed to come to you and, A, let you know, Or B, ask you for permission? No.” pic.twitter.com/QIyf36EQ2z

“I found out that he was picking Brooklyn when everybody else found out, which is exactly how it should be,” Green said. “He don’t owe it to me to tell me before he tells everybody else.”

Interesting, and it makes us wonder if Steph and Klay found out the same way.