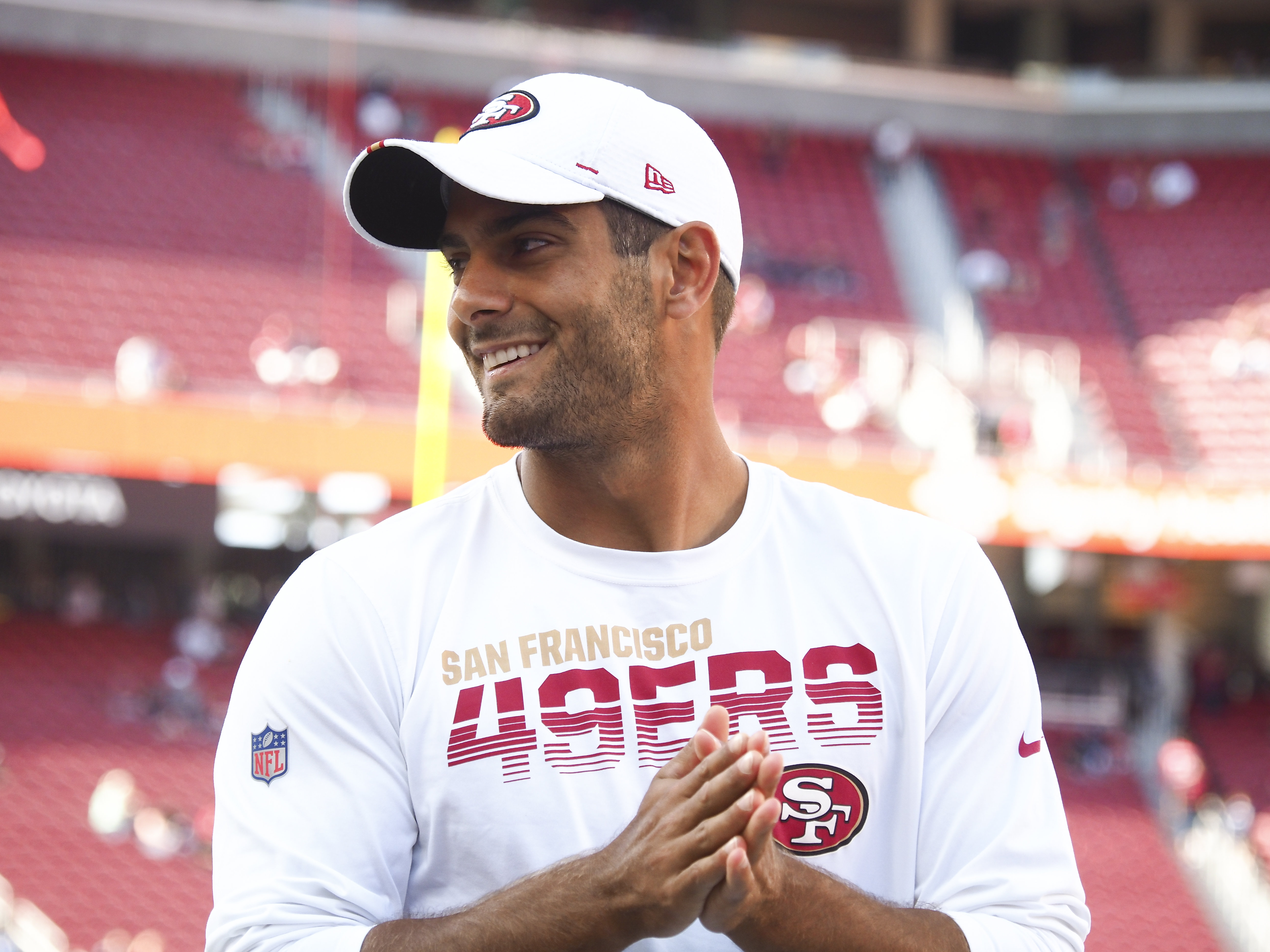 All eyes are on 49ers quarterback Jimmy Garoppolo this season, as he’s coming off a torn ACL, in what figures to be a make-or-break campaign.

Garoppolo is turning 28 in November, and he’s yet to play in more than six games in a season. He’ll make nearly $20 million this year, and it’s time for him to step up and show that he’s worth the hefty contract he was awarded.

He sure didn’t get headed in a positive direction in practice on Wednesday, when he somehow threw interceptions on five consecutive pass attempts, which is tough to even fathom.

It’s going to take Jimmy G time to fully recover from his knee injury, and it’s possible that he’s not trusting his ability to plant his feet to get a clean release as of yet.