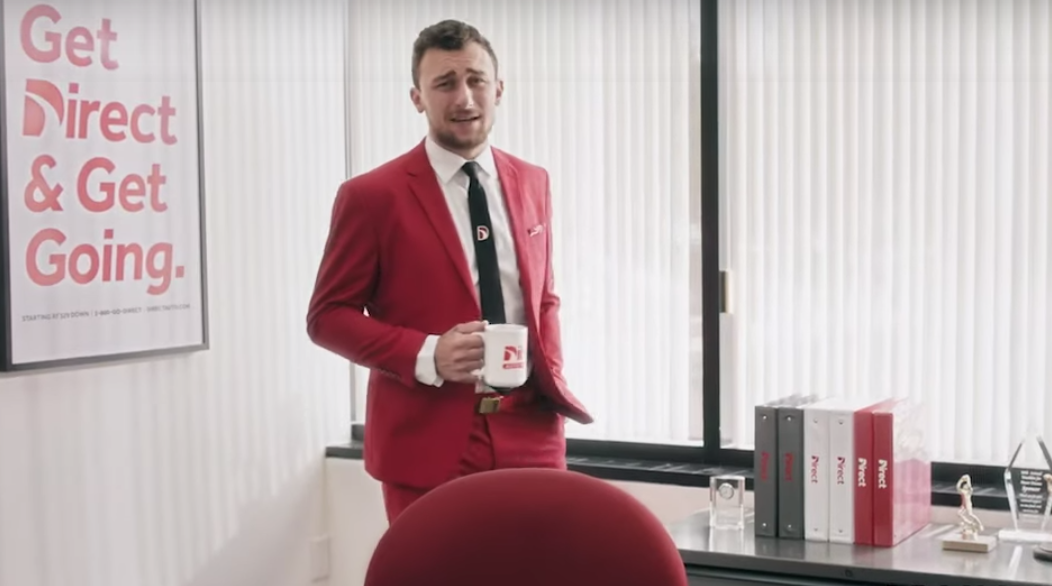 Oh, how the mighty have fallen.

Johnny Manziel, who brought a level of arrogance and swagger we haven’t seen in the NFL in quite some time from an unproven quarterback, hasn’t seen his “Comeback SZN” go as he had hoped.

Manziel was a former first-round draft pick, lasted only two years in the NFL, which is an extremely short time period for someone drafted that high. He took some time away from football, then later had short stints in the Canadian Football League, as well as the Alliance of American Football.

It now appears, he’s doing something off the field — shooting commercials for a local automotive insurance company. He was seen as the spokesperson behind Direct Auto Insurance’s latest campaign, and you can check out the commercial below.

Would Manziel sway you to buy insurance? Count us out.