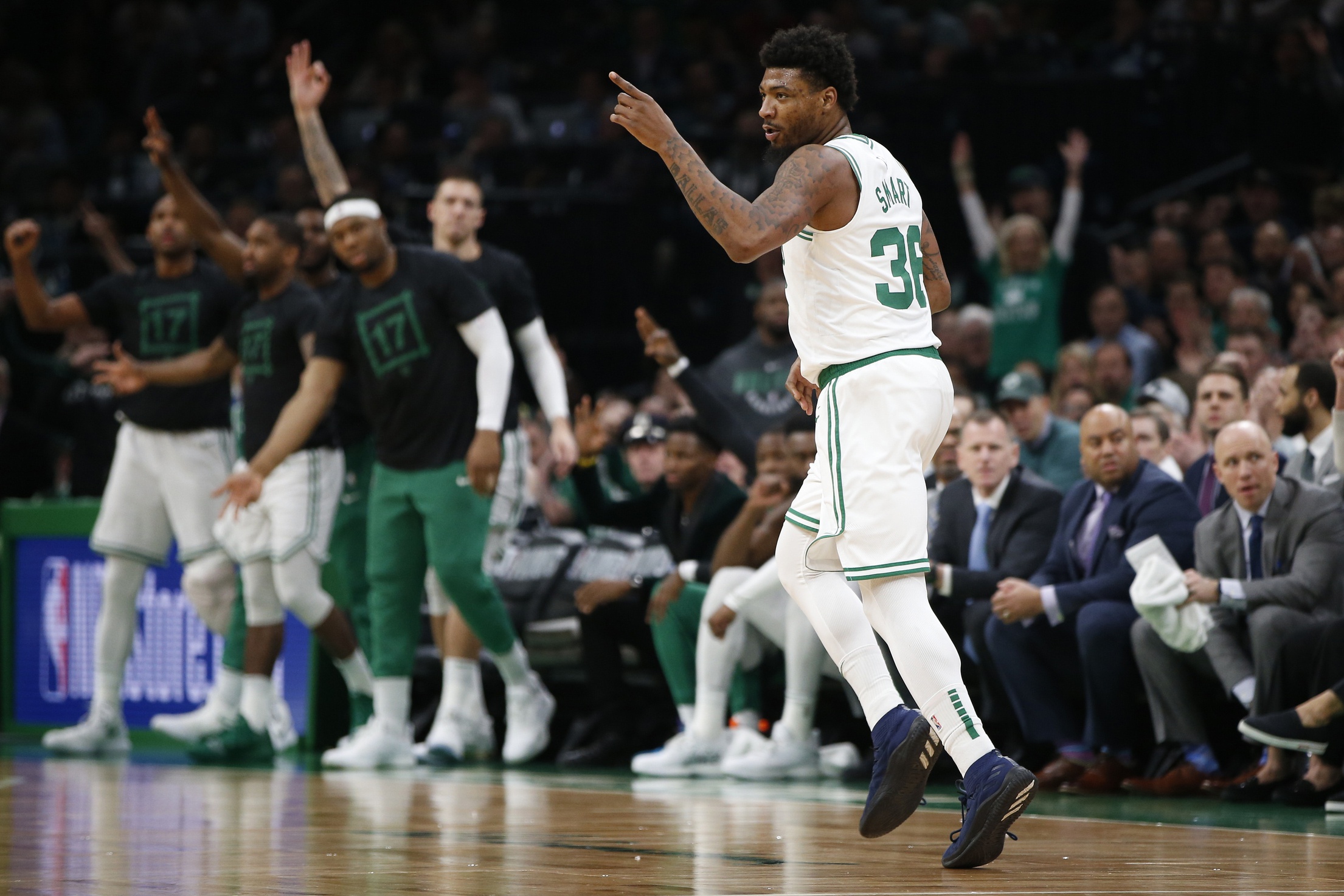 Marcus Smart has missed the past week of the USA Men’s National Basketball team camp with calf tightness. He did not participate in Friday’s intra-squad scrimmage, but he remains with the team for now, and he could return to practice soon.

“He’s going to be a day-to-day type of thing,” head coach Gregg Popovich told the media after the team’s practice in Los Angeles. “Probably won’t practice the next couple of days I wouldn’t think.”

“Right now, for me, I’m trying to grow as a player… taking those precautions,” Smart said after the injury last week. “Last year, or two or three years ago, I probably would have still been out there trying to fight through it. It’s nothing serious so we just want to make sure it doesn’t turn into anything serious.”

I’ll be the first one to say it…this is good.

It was unclear about a week ago when news originally broke of Marcus Smart’s calf injury if he’d be able to return to Team USA. At this juncture, all things are pointing towards him being back in the fold soon and he might even be available for Friday night’s scrimmage against Spain.

After missing a round and a half in the post-season with his oblique tear, it’s great news that this calf injury is nothing serious. He’s had some pretty serious injuries the last two years and it’s a win that this one doesn’t seem to be much of a big deal.

What was interesting about this whole thing were Marcus’ quotes on the matter. He spoke of “taking precautions” and I can’t help but think back to the game against Orlando when he tore his oblique in the first place. He collapsed to the ground when he first was clipped by a Nikola Vucevic screen in a meaningless game at the end of the regular season. Then, to top it all off, he came back into the game, and low and behold, collapsed to the ground again writhing in pain.

Obviously, he’s the type to play through anything but as he ages it’s comforting that he’s becoming a bit more self-aware of when he should be playing through things, and when he shouldn’t. He’s a bull in a china shop and it’s probably in his best interest to pick and choose where he pushes the envelope.

Smart returning also suggests that he has an actual shot of making this team. With Kyle Lowry also dropping out of the mix yesterday, another guard slot has opened up. Smart’s tenacious defense and team-oriented style of play could be something Team USA could use (think of the Andre Iguodala role on Team USA in the past). I think he would thrive in a FIBA situation and be someone that Coach Pop can get creative with.

It’d be fun if Smart ends up making the cut for the tournament. Like, come on, Marcus Smart in FIBA play seemingly bullying international competition?

Part 2: Where the Pacers stole the show on schedule release day

With a matchup like this, we'll prob end up on @TheRewatchables 😂

See you in December @celtics 👋 pic.twitter.com/IrEKNZ1tj0

Whoever is making these videos and running the Pacers’ Twitter, give them a raise, and then give them another raise after that.

They also gave a little jab at the Celtics which is always a grand ole’ time. The Kyrie/Al combo on “The Departed” is clever in its own right, and then you go down the line. Kemba taking the reigns from Ben Affleck in “The Town”, “The Leprechaun”, and then Tacko even getting his own feature film.

Isn’t this all just great?