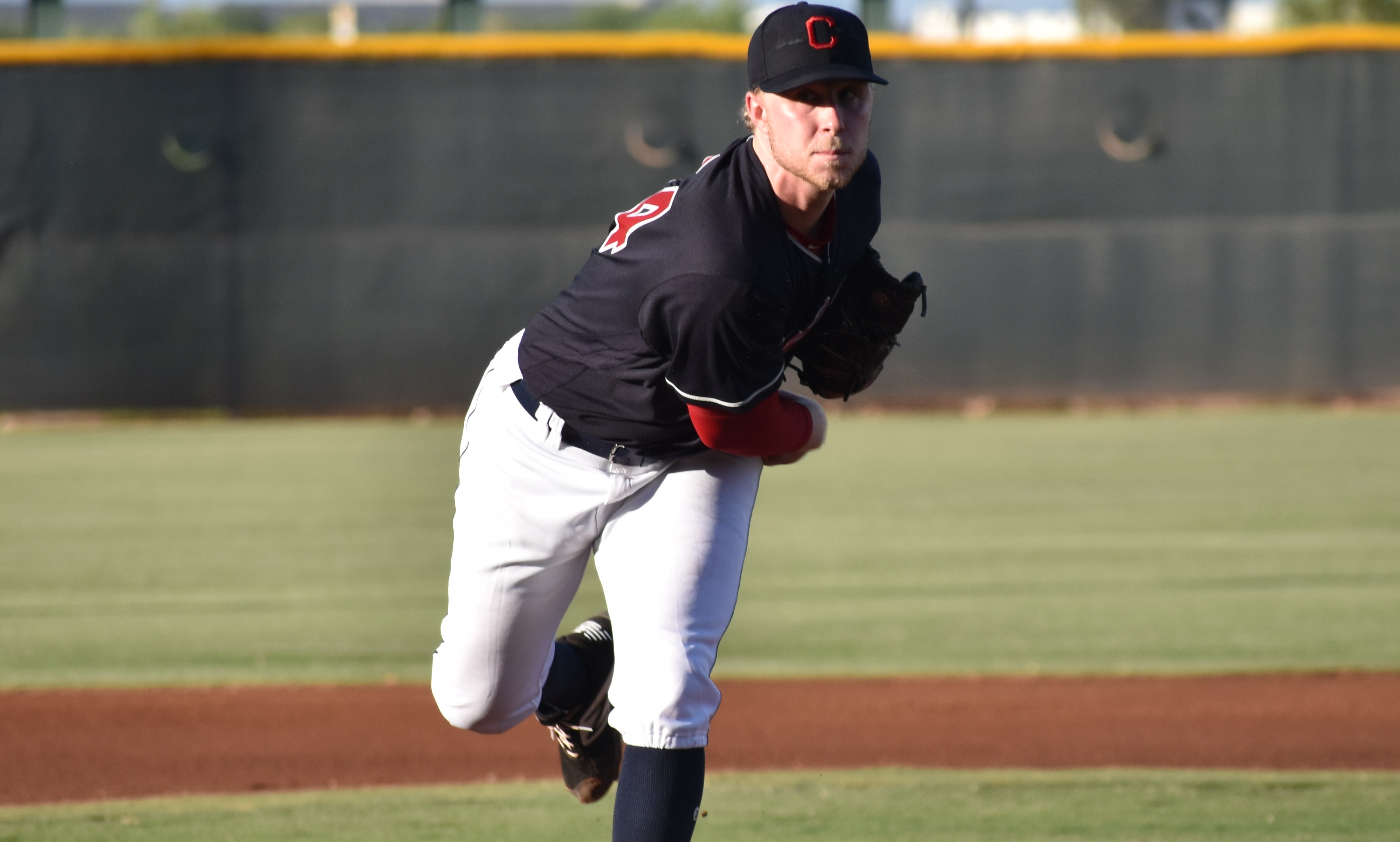 After a slow roll out of the gate in the second half, the Arizona League Indians Blue have simply been on fire over the last two weeks, rallying off a ten game winning streak that remains intact through the off day on August 14th. With less than two weeks remaining in the regular season, they are now back in first place in the AZL Central. While they already earned a play-off spot due to their first half win, they are currently in position for one of the two first round byes in the play-offs, two games ahead of Padres 2 for second best overall record in the AZL.

They only played five games this week and started things off with great offense and finished with great pitching. On August 8th, taking the Brewers Gold to task with nine unanswered runs after falling behind 4-0. Jhonkensy Noel lead the way with three hits, a double and two runs scored while Jesus Maestre had two hits, two RBI and a steal.

After Diarlin Jimenez struggled as the starter, allowing four runs in two innings, Nate Ocker, Randy Labaut and Juan Paredes combined to go seven shut out innings, allowing two hits and one walk while striking out 13. Labaut pitched the majority of the distance with four innings and one base runner allowed.

They stepped things up to another level after an off day on the 9th, taking out the talented Athletics Gold 14-1. Noel had another good game with two hits while Pedro Alfonseca went crazy with three hits including his fourth home run and a double. Alfonseca scored five of the runs on his own as lead-off man. 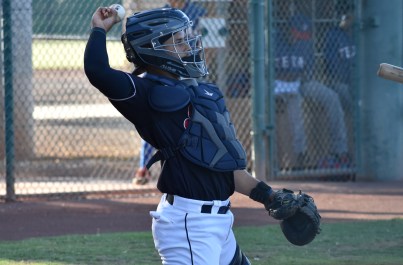 Lopez throws the ball back to the pitcher while on rehab assignment with the AZL Indians Blue. – Joseph Coblitz, BurningRiverBaseball

Angel Lopez got the start behind the plate in rehab work after sitting out since May 19th with Lake County. After taking an 0 for 3 in his first game back on the 8th, he had a hit, walk and RBI in this game. He has now played in four games on his current assignment and has three hits in 11 at bats including a double and two walks.

On the mound, Luis D. Garcia continues to dominate and he matched his previous personal best with seven innings and one earned run allowed. This time he allowed just four hits and struck out five, giving him 14 IP, 1 ER, 2 BB, 9 H, 8 K in his last two appearances. The Indians Blue ace now has a 2.73 ERA in 11 appearances and 56 innings. Jared Janczak wrapped things up with two scoreless innings and four strike outs.

Shane McCarthy started in a rehab assignment and struck out four in three shut out, one hit innings. Daritzon Feliz got the piggy back appearance and went five innings, allowing one run and striking out seven. While he has had a pair of rough appearances recently (August 1st and July 19th), he has now went at least five innings in seven of his last eight appearances and allowed two or fewer runs in six of his last eight.

They played a second straight home game on Monday and won 3-2 for the second straight day, this time against the Rangers. Tena and Cespedes each had good games offensively with two hits apiece. This was a crazy game on the bases as the Indians stole four bases and the Rangers took three with two men caught.

Jhonneyver Gutierrez made the start and allowed just one hit over four innings, then Jordan Jones pitched the next four and allowed one run on five hits. Since returning to the AZL from Mahoning Valley, Gutierrez has made three appearances and has allowed three runs in nine innings on six hits. He has struck out nine and walked five.

Indians Blue wrapped up the week with a 2-1 win against their divisional rival, Padres 2. Five pitchers combined to throw a three hitter with Labaut standing out again with five strike outs in three one hit innings. Paredes earned his second save with a perfect, three strike out ninth.

Offensively, Tena lead the way again with two hits including a double while Lopez had his best game since returning from injury with two hits and a double of his own. 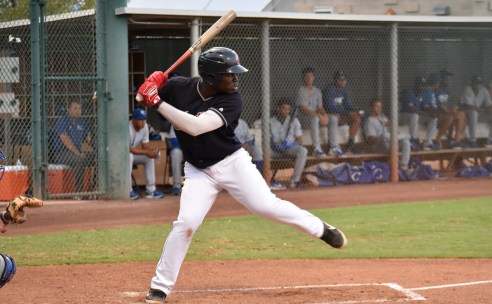 With Will Brennan and Julian Escobedo playing for the Scrappers now and Aaron Bracho not playing at all (for reasons undisclosed by the team), Tena and Noel have been dynamic in leading the offense. Tena is now hitting .331/.360/.459, numbers that eclipse those from last year in the Dominican Summer League. He now has a 16 game hitting streak and has hit safely in 32 of 36 games played this year. During his current hitting streak, he is hitting .389/.397/.500 with three triples in 73 plate appearances.

The one detriment to Tena’s game is that, while he can be as good as anyone at short stop, he has been making a lot of mistakes defensively lately. His throws to first are often questionable and, while the official scorers tend to lean towards giving players hits, he should probably have more than the eight errors he has been credited with at short.

Noel has also greatly surpassed his 2018 stats in the DSL with a .289/.358/.483 batting line with six home runs and 11 doubles. He went hitless in his last two games, but had an eight game hitting streak prior and has seven multi-hit games since July 24th.