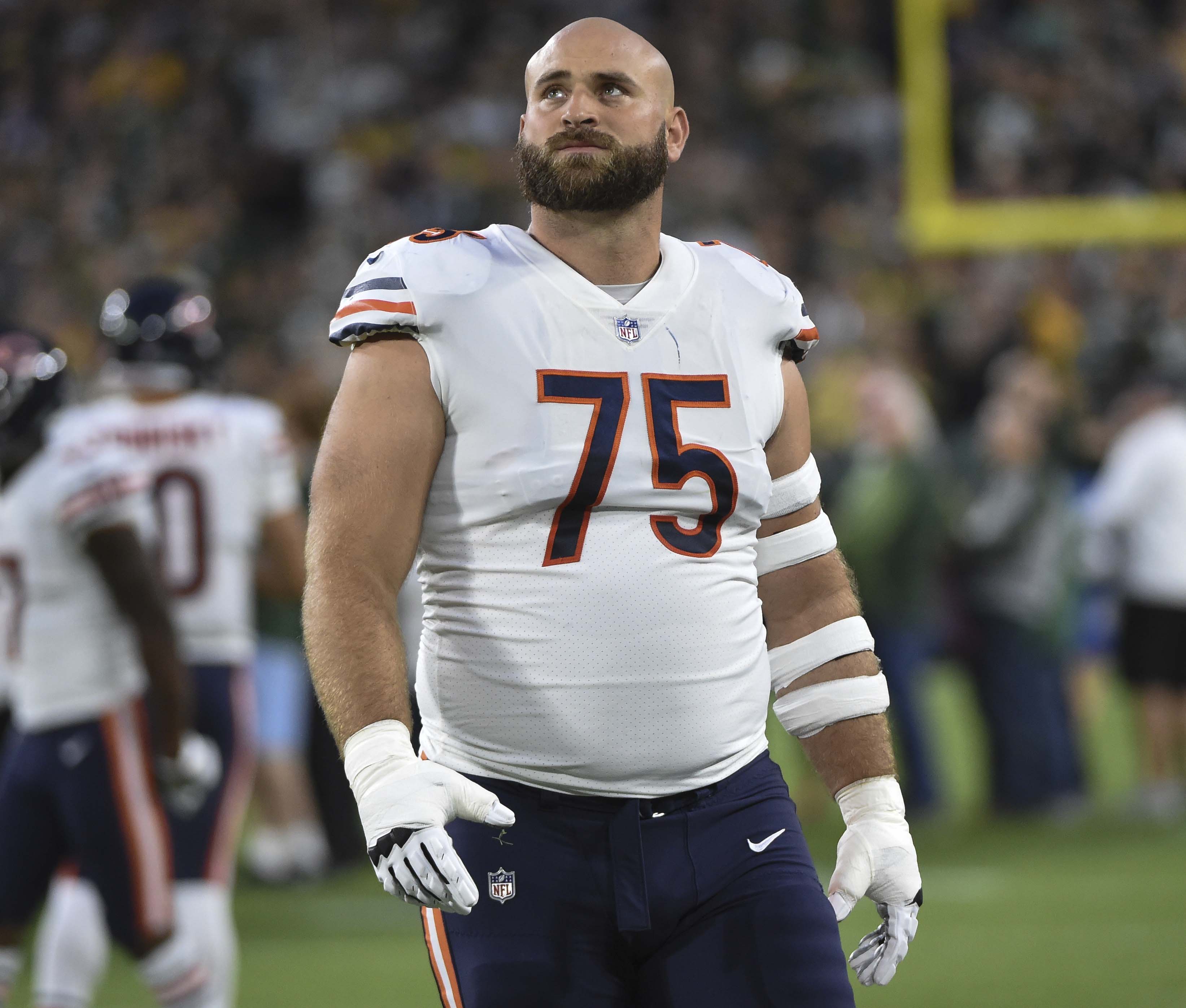 Bears offensive lineman Kyle Long got an early exit from practice on Thursday, due to a scuffle with a teammate.

It happened when the team was scrimmaging, and apparently, Long was not happy about one particular block by Bears rookie defensive lineman Jalen Dalton during an interception return.

So, in response, Long pulled a veteran move of sorts — he took Dalton’s helmet, then started hitting him with it.

And then he began throwing up — multiple times. Long was then kicked out of practice for the day. So there’s that.

Quite a practice for Bears RG Kyle Long tonight. Got into a scrap with rookie DE Jalen Dalton. Took Dalton’s helmet and starting hitting him with it. Then chucked it down the field. Was pulled from practice.

Oh, and then Long barfed a couple times on the sideline.

The old hit-and-barf remains the most savage trick in the book.