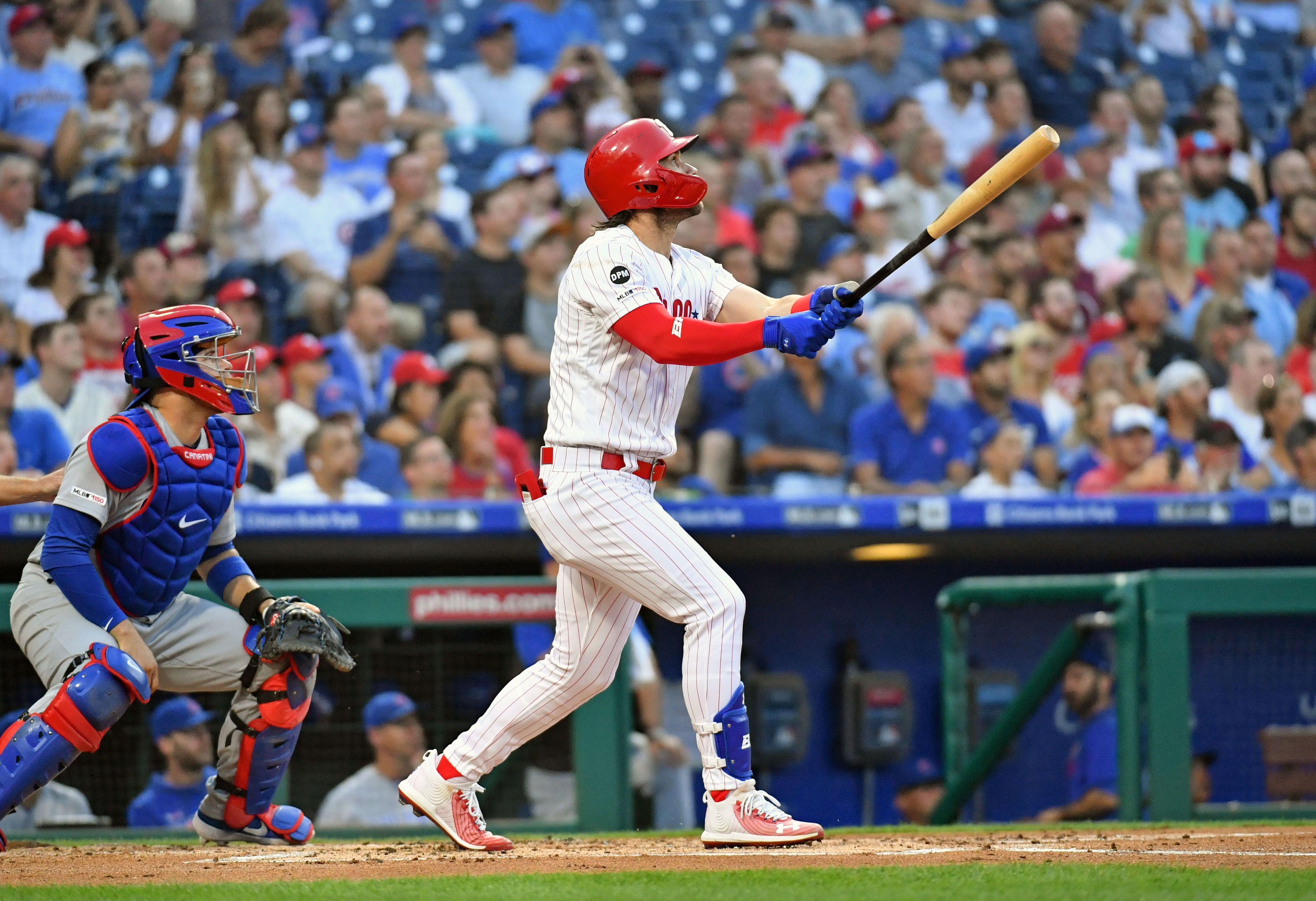 Entering Thursday’s action, the Philadelphia Phillies are very much in the playoff hunt — they own a 62-58 record and are two games out of the final National League wild-card spot. Clearly, though, the organization was looking for a spark by recently hiring Charlie Manuel to be their new hitting coach.

As Philly looks to avoid a second consecutive late-season drop-off, Bryce Harper is doing what he can at the plate. In Manuel’s first game back in the dugout on Wednesday, the Phillies’ big-ticket offseason acquisition made the most of the old skipper’s return by collecting three hits, including two home runs in an 11-1 victory over the Chicago Cubs. It was Harper’s second multi-homer performance in less than a week. While he’s turned things up a notch in August, it’s not as if this has just happened all of a sudden.

If we use the arbitrary date of June 30th to split up his 2019 performance, it’s clear that the outfielder has elevated his offense for an extended period of time.

He’s also paired this with a rise in walk rate (15.2% to 17.0%) and a drop in strikeout rate (27.6% to 23.6%). Harper’s surge feels like it’s more recent than the end of June because of the power display he’s put on over the past two weeks. The six homers he’s hit through 60 August plate appearances is nearly more than what he did in June and July combined (eight homers in 217 plate appearances).

Harper has watched his line-drive rate drop 10 percentage points between July and August, with that difference going to his ground-ball rate. That’s not a preferred series of events, but he’s kept his infield-fly rate at 0.0%, along with producing a 5.4% soft-hit rate and 59.5% hard-hit rate (both on track to be his best marks of any month in 2019).

When looking at the Phillies’ order, one would imagine they’d be an offensive powerhouse. Gabe Kapler has the opportunity to pencil in Harper, Rhys Hoskins, Jean Segura, and J.T. Realmuto into the top of his lineup card each night. Unfortunately, they’ve underperformed — their team wRC+ of 91 is among the bottom half in baseball, as is their 572 runs scored.

There’s hope that Manuel coming in with a fresh perspective will jumpstart the offense. That’s a valid thought, but they’ll also need Harper to stay hot and be the focal point of this offense (like they envisioned) to have a shot at nabbing a playoff spot.