Analyzing Which WRs Will Make the Packers Roster 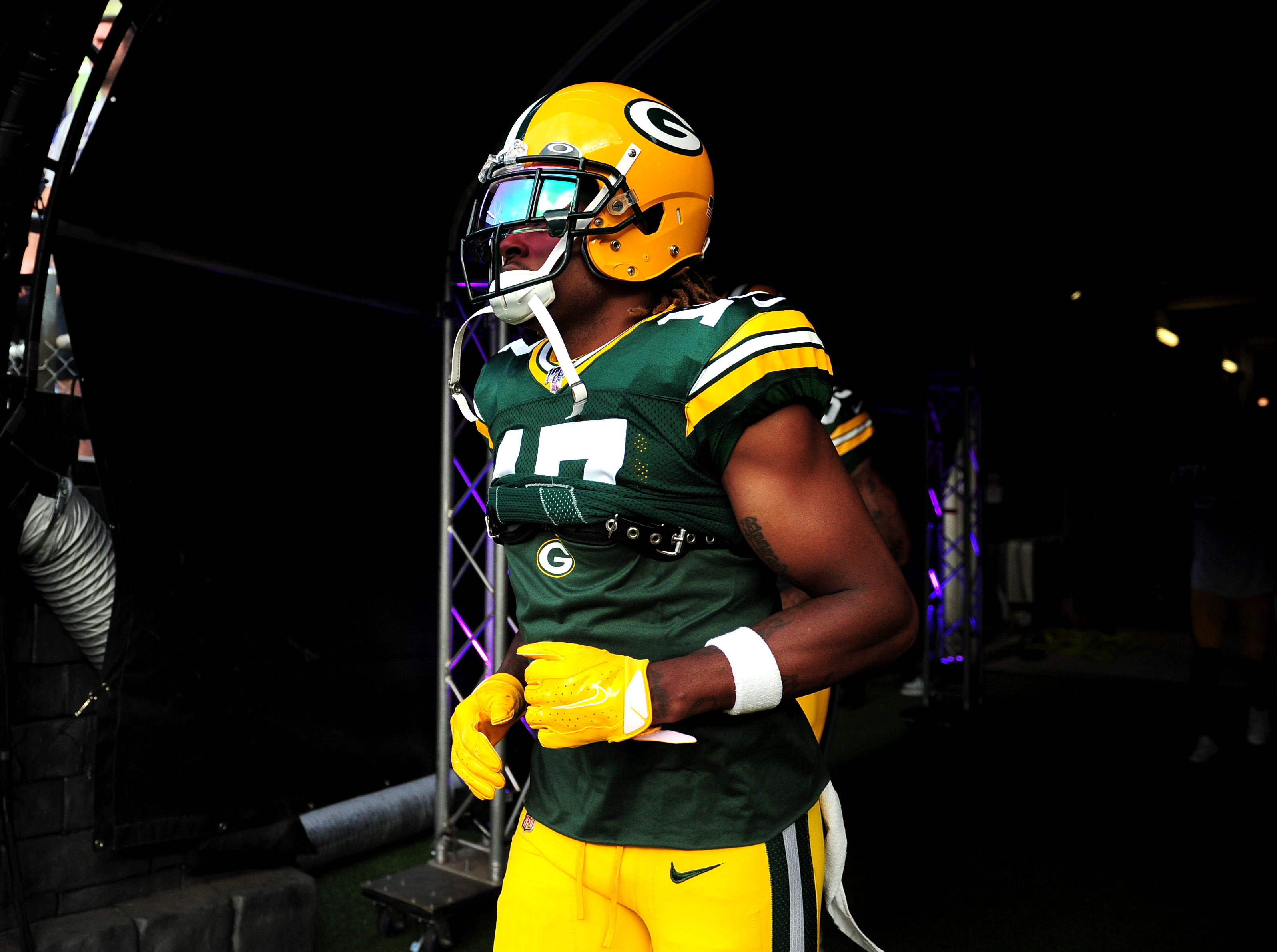 Analyzing Which WRs Will Make the Packers Roster

The preseason is half over for the Green Bay Packers but the battle for roster spots at wide receiver remains an interesting one. There are several talented players vying for roster spots but barring injury, the Packers cannot keep all of them.

Here is a breakdown of the wide receiver competition with two weeks remaining until cut down day. It is projected that the team will keep six wide receivers on the active roster and then add one or two to the practice squad.

Keep in mind that all these predictions are subject to change pending possible injuries and a big leap in the performance of any of these players.

Locks to Make the Team:

Adams is the unquestioned number one receiver on the team and Aaron Rodgers favorite target. He gives the Packers an elite player at the position and he’s the one person Rodgers will look to first in any big situation. If he and Rodgers stay healthy, another Pro Bowl season is expected from Adams.

MVS has the deep speed that even Rodgers admitted he needs to adjust to. After a solid rookie season, Valdes-Scantling has improved the way he handled himself in practice and during training camp according to his quarterback. Expect the South Florida product to be one of the starters this season and to improve dramatically on his rookie numbers.

Allison was off to a great start last season before injuries derailed his progress. He has the trust of his quarterback and is a reliable route runner with experience. Look for Allison to play both outside and in the slot depending on the situation and the formation.

The Notre Dame alum finished the season strong last year and has continued to show progress during camp. St. Brown has great size and should be the team’s fourth receiver when the season gets under way.

Probably Will Make the Team:

Every time he gets on the field, Kumerow seems to make plays. He has dropped a couple of passes this preseason, but he’s caught a lot more. Rodgers loves Kumerow’s reliability and precision pass routes. He’s a fan favorite for a reason and is likely going to be the fifth receiver on this team.

As of now, Shepherd has the inside track for the final roster spot assuming the Pack keeps six wide receivers. In the first two preseason contests, the North Dakota State product has made four catches for 25 yards and two touchdowns. Rodgers has praised Shepherd’s work ethic and hands. His ability as a kick and punt returner may also help him make the final roster.

Likely to Be on the Practice Squad:

Lazard has excellent size at 6’5” and 227 pounds and has made some very good plays in the preseason. He has shown the ability to get deep and use his body to get favorable position on defenders downfield. The problem for Lazard is just a numbers game as it’s unlikely the Packers will keep seven receivers this year. If GM Brian Gutekunst can keep him on the practice squad without losing him, he will.

Redding would be the next candidate to make the practice squad if the Pack can’t stash Lazard there or if they opt to keep two receivers. The Bowling Green product would give the Packers a relatively experienced wideout on the practice squad who is familiar with the system and could step in if injuries hit the position.

Likely to Be Let Go:

It’s hard not to root for J’Mon Moore if you’ve seen him interviewed. He’s intelligent, articulate and clearly gives 100 percent on the field. But the results just aren’t there for the Missouri alum who the Packers drafted in the fourth-round last season. Yes, he caught a touchdown pass in the first preseason game, but he also has suffered too many drops and doesn’t seem to be progressing enough to stick on the roster this season unless he really shows something in the final two preseason games.

The coaching staff has praised Davis’ progress this offseason and he is a proven return specialist when he’s healthy, but Davis is injured again this year after missing most of 2018 with an assortment of injuries. This ill-timed injury has prevented Davis from competing for one of the final receiver spots and for the return specialist position as well. The Cal product needs to get healthy and show the new coaching staff he’s worth keeping if he hopes to earn a spot on this year’s team.

The undrafted rookie out of Ferris State was a late addition to the Packers roster after being let go by the Bucs. He has good size and the ability to return kicks, but there are simply too many players ahead of him on the depth chart right now for him to make the roster.