Progress for Eagles in PS2 win over Jags 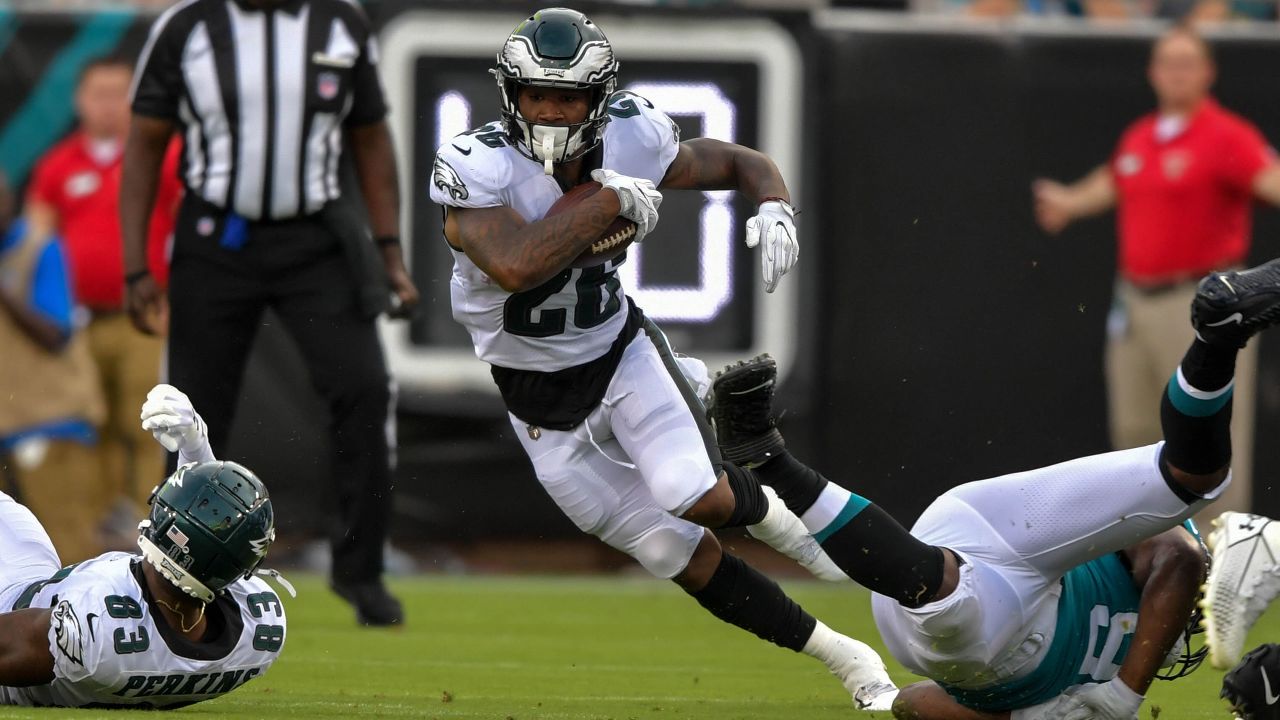 Progress for Eagles in PS2 win over Jags

The best thing EYE saw in the first half was the Eagles’ #1 defensive rotation actually playing two whole series. They looked good. The second best thing was Clayton Thorson looked competent at QB.

Thorson completed 16 of 26 passes for 175 yards and one unfortunate interception when his pass bounced off DeAndre Thompkins’ left hand. Dave Spadaro on Thorson: “He was much more accurate with his throws and he played with a ton of confidence. Good showing as he led touchdown drives of 95 and 85 yards.”

That and the defensive show by the Eagles in the 1st quarter give me renewed confidence, too.

Once again, defensive end Daeshon Hall was a major factor. He had two more quarterback sacks and a forced fumble. He has three sacks and two forced fumbles in two preseason games. Fourth-round draft pick Shareef Miller was around the ball as well, recording a sack, two tackles for loss, and four total tackles.

Jacksonville’s Datone Jones out-maneuvered LT Andre Dillard on the play that knocked starting QB Cody Kessler out of the game. Other than that, Dillard on the left side and Malaita at right tackle looked solid enough.

Although not going up against Jacksonville’s best defenders, the Eagles ran the football well. Jordan Howard had four carries and 14 yards. Miles Sanders ripped off 31 yards on five carries, including a 16-yard gain. Josh Adams ran hard and scored a touchdown. Donnel Pumphrey picked up 29 yards on five carries and had one great juke move for a nice gain. Boston Scott came in late and gained 43 yards on 7 carries, including a 20-yard pickup.

More good stuff— Mack Hollins actually played!—a few reps at WR, a lot of reps on ST… Coach Pederson actually WON two challenges!…Jake Elliott bombed a 52-yarder for a FG…Aziz Shittu dommed in the second half with a sack and two tipped passes.

Rookie Miles Sanders picked up a blitz, too! On a fourth-and-4 from the Jacksonville 38-yard line with 14:05 remaining in the first half. Sanders did the job in pass protection, giving Thorson the extra moment he needed to loft the ball down the left side to Greg Ward, who caught the ball over safety C.J. Reavis at the 17-yard line and ran the ball in for the score.

“That made me happy,” Sanders said about picking up that blitz. “I know how important that is and I heard the call, made the adjustment and did my job. I feel like I’m decent at that and getting better every day. I get excited when I pick up blitzes – picking up the right guy, listening to the calls and going off that. I feel like I’m getting better every day.”

Kessler is in concussion protocol for now. Pederson said the team would evaluate Kessler’s recovery over the weekend before deciding whether to sign another quarterback.

Rookie Gardner Minshew started in place of Foles for the second straight week and looked better than his debut in Baltimore. Minshew, who threw for 46 yards in a 29-0 loss to the Ravens, completed 19 of 29 passes for 202 yards. He tightened his grip on the backup job.

Jacksonville scored for the first time in the preseason on Josh Lambo‘s 36-yard field goal just before halftime. The Jags squandered a good chance earlier in the quarter when Michael Walker let a deep pass slip through his hands on second down and then Minshew was sacked and fumbled on the next play.

Jaguars running back Alfred Blue left the game in the first half with a left ankle injury and did not return.