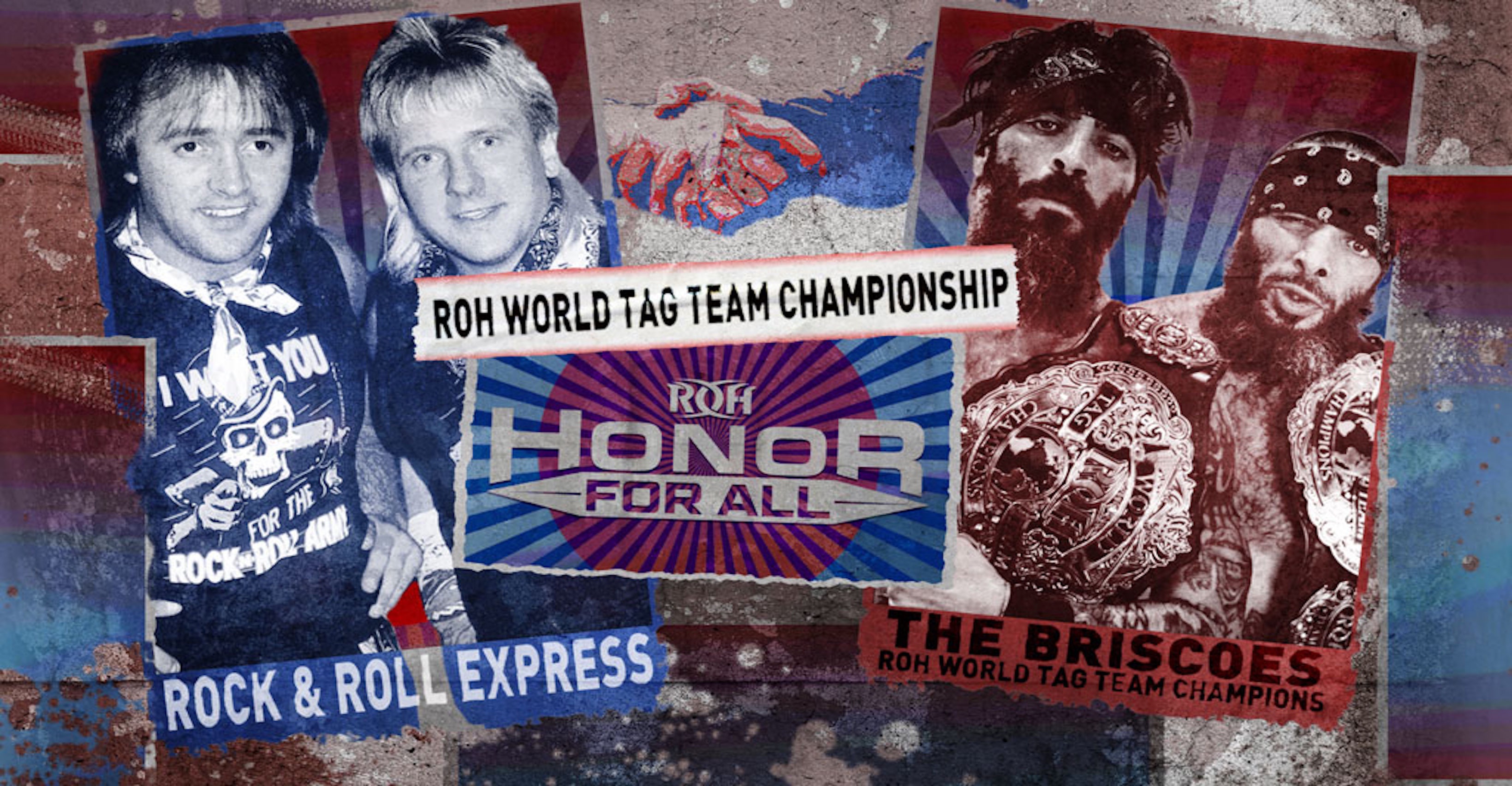 WWE Hall of Famers The Rock ‘n’ Roll Express will face The Briscoes for the Ring of Honor World Tag Team Championship. The match will take place on August 25 at Honor For All in Nashville, Tennessee and is a homecoming of sorts for The Rock ‘n’ Roll, who began their careers together in the Volunteer State.

The match comes just four months removed from Ricky Morton and Robert Gibson’s bout against Jay and Mark Briscoe at the NWA Crockett Cup, The April 27 event saw the return of the legendary tag team tournament, which gained fame during the 1980’s in Jim Crockett Promotions.

THE LEGENDARY ROCK 'N' ROLL EXPRESS GET A SHOT AT THE ROH WORLD TAG TEAM CHAMPIONSHIPS AUGUST 25TH IN NASHVILLE!

The Rock ‘n’ Roll Express have enjoyed a renewed spotlight following their WWE Hall of Fame induction in 2017. The team has worked some high profile matches since then, including a 2019 bout against former Impact Wrestling World Tag Team champions, LAX.

Morton and Gibson are recognized as the longest running tag team in professional wrestling, with only a handful of breaks over the past 36 years. The duo held the NWA World Tag Team Championships on four different occasions, as well as many regional titles in the southern territories.

The Rock ‘n’ Roll express was one of the most popular tandems in the history of Jim Crockett Promotions. They drew packed houses against The Russians, as well as The Four Horsemen. But Ricky and Robert’s most epic battles came against bitter rivals The Midnight Express, who they feuded with throughout the 1980’s and beyond.

The Briscoes continue to be the most dominant tag team in Ring of Honor history. The brothers are currently the ROH World Tag Team champions and have held the titles for a total of 11 times. Jay and Mark recently regained the championships from The Guerrillas of Destiny, Tama Tonga and Tanga Loa, at Manhattan Mayhem on July 20.