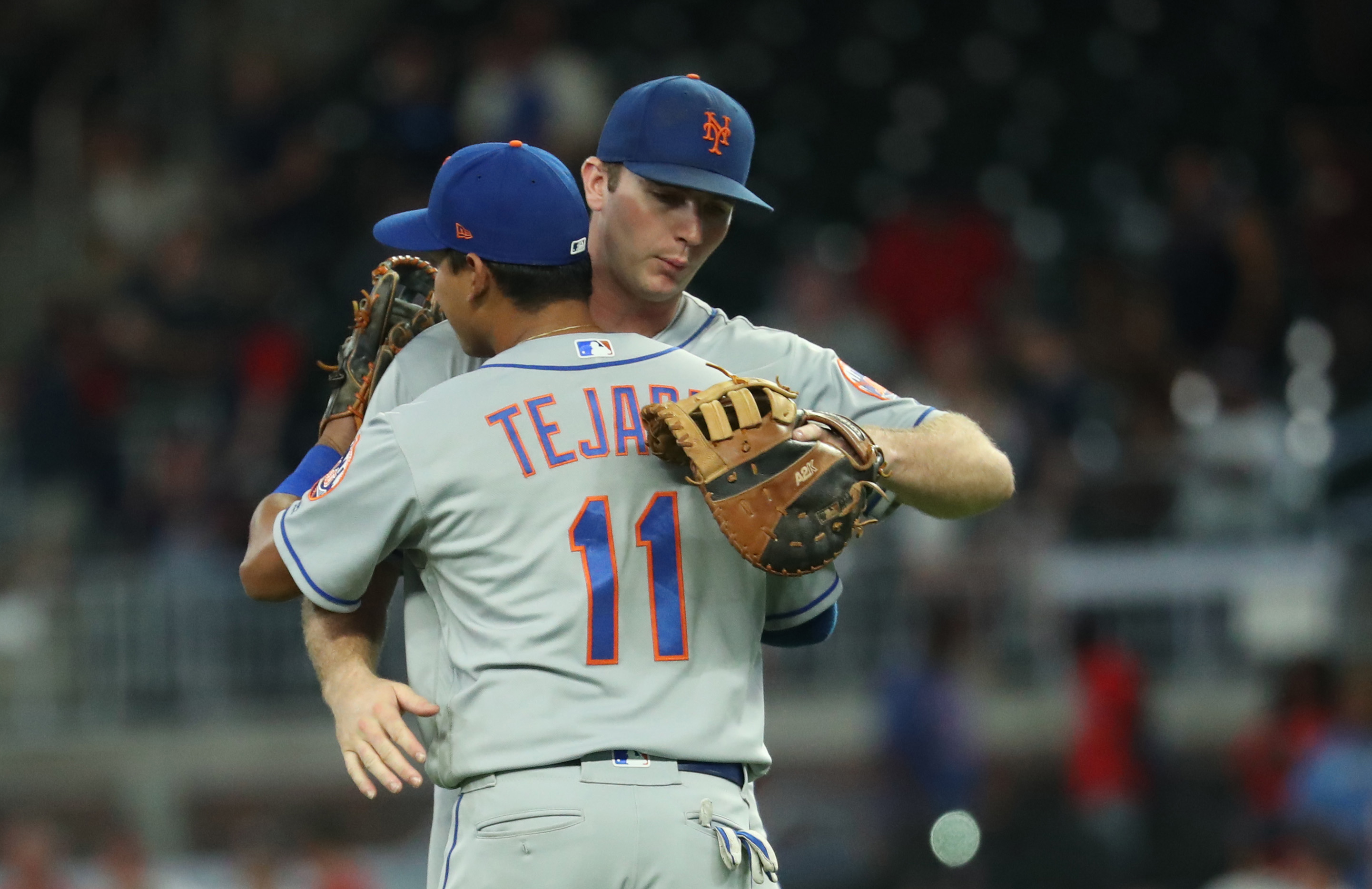 The Mets needed this one in the worst way. And they got it.

Also, in the worst way.

Instead, let’s acknowledge that after that soul crushing defeat the night before, the Mets came out and torched a pitcher who they have historically had problems with and knocked him out of the game in the second inning after hanging six on him. Let’s also acknowledge the kind of day that Pete Alonso had. A three run home run that hit water … the same area in which he hit an early season bomb … five hits (plus a walk) and six RBI on the evening. He talked about how his swing location was off. Who worries about swing location? Pete Alonso, that’s who.

But I have to mention Amed Rosario at some sort of length, not only because he had five hits tonight, but nine hits total in the leadoff spot since Jeff McNeil injured his hamstring. (He’s up to .289 now.) You talk about making steady improvement in his two seasons here, and then stepping up when absolutely necessary, Rosario has done it. There are bigger personalities on this team that get a lot of press, and rightly so. But Rosario has made strides that have gone unnoticed to some degree. He’s stepped it up and is really making a difference.

Also making a difference is Brad Brach. His sample size is small, but he has now pitched two and a third scoreless innings after he had an uneventful 7th inning on Thursday with two strikeouts. If it’s true that he was tipping his changeup, then the Mets might have an oasis in that bullpen. Maybe Seth Lugo doesn’t have to pitch two innings every night.

Wilson Ramos had a 4-for-6 night (just keep the card games going, Tomas Nido), and Todd Frazier chipped in with a home run. It was enough to cover up for a shaky night from Marcus Stroman and Drew Gagnon leading the team to the cliff after giving up three home runs in four batters before Edwin Diaz tightroped his way to a save. It might have taken years off my life but the Mets win was worth it. Wednesday’s loss was infuriating, but the Mets are still on the path. I called one win against Atlanta, and that’s what they got. Two out of three wins in Kansas City this weekend is extremely realistic, with the outside chance of a sweep to pick up a win on the pace for 87 wins and a playoff berth. The Cardinals and Cubs both lost, meaning the Mets are two games back of a playoff spot.