Good Times in Goodyear Red: The Hunt for a Red September 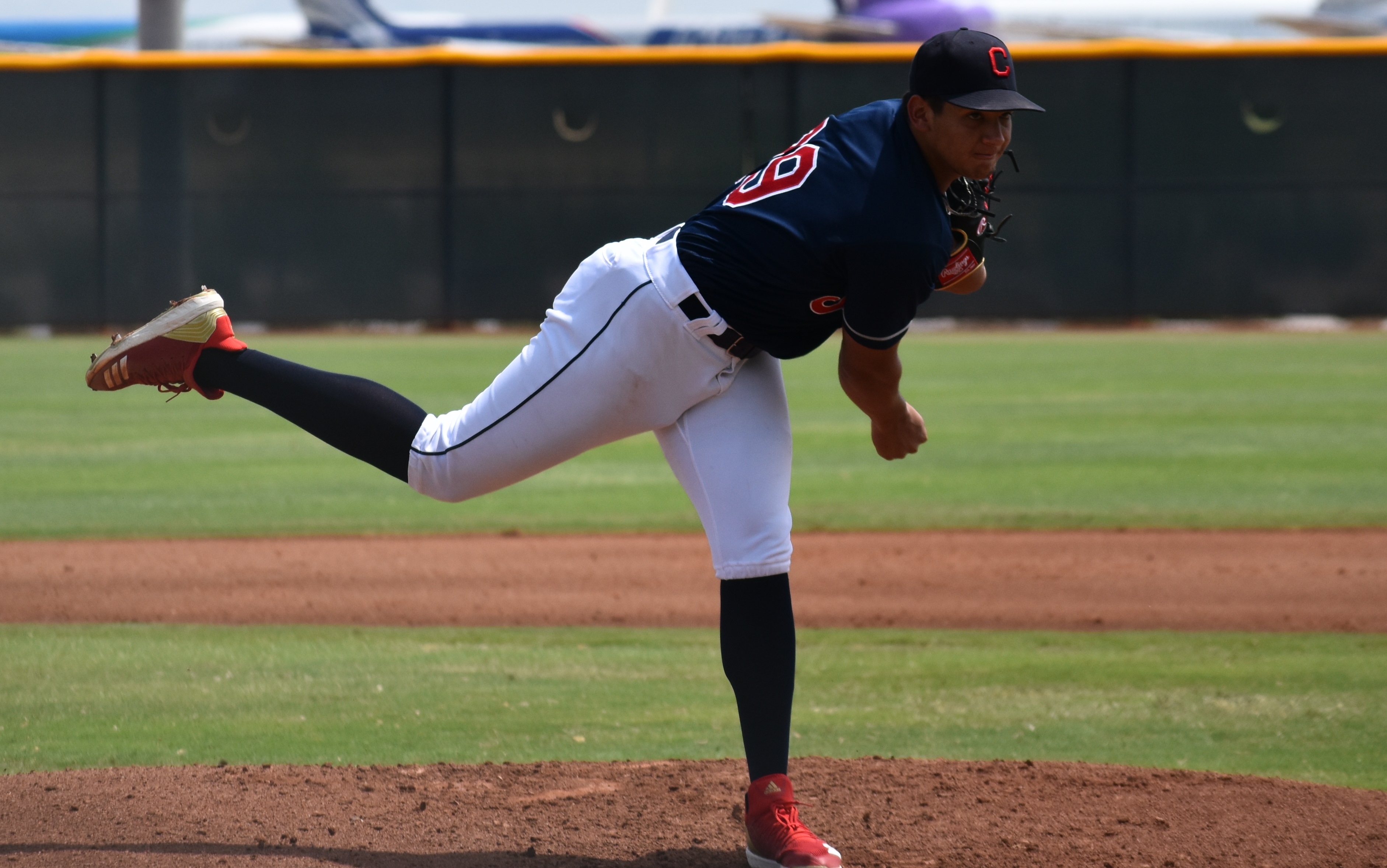 Good Times in Goodyear Red: The Hunt for a Red September

With just seven games left in the season, AZL Indians Red are in striking distance of a play-off spot, but still have a lot of work to do despite a week where they won four and lost two.

They did get things started off well with a win against the Diamondbacks last Saturday, largely thanks to poor DBacks defense. Francisco Perez started on rehab assignment and went four shut out innings with six strike outs, one hit and two walks allowed. Samuel Vasquez made the piggy back start after Perez and was knocked around a bit, but Jacob Forrester was able to lock down a scoreless ninth.

In addition to the three DBacks errors, the Indians had 11 hits and six walks, scoring ten runs. Four hitters had doubles including Gabriel Rodriguez who knocked in three.

That offense was completely absent on Sunday against Brewers Gold as they were crushed 7-1. First round pick Daniel Espino made his final Arizona League start prior to his promotion to Mahoning Valley and it was his worst of the season. For the first time in his career, he allowed more than one run in a game and he struck out just two while reaching a career high 3.2 innings.

On Monday, Indians Red managed to squeak by with a win despite having just three hits and three walks on offense. Miguel Vinicio started and went five scoreless, his third straight appearance without an earned run allowed. He matched his career high and set a new season high with seven strike outs. Over his last three starts he has 16 strike outs, seven walks, eight hits and one unearned run over 14 innings.

Zach Hart blew the save with a run allowed in two innings, but the Indians offense came back with their second run in the tenth and Kevin Coulter finished out the final three innings without allowing a run.

The pitching staff maintained the momentum on August 13th against Giants Black as Braunny Munoz allowed just one unearned run in five innings. Allan Hernandez, Christophers Santana and Kevin Kelly wrapped up the game without allowing another run and overall, the staff struck out ten with three walks and eight hits allowed.

Bradley Zimmer made his first start in the field on rehab assignment and hit a home run after going hitless in his first appearance. He stayed in for just two at bats, but his replacement, Marlin Made, hit another home run as the pair of center fielders knocked in three of the Indians four runs. Zimmer switched to team Blue after this game to stay in Goodyear rather than heading out on the road to Surprise.

The rest of the team took on the Royals on Thursday night and could have used an offensive boost as Perez made his second start of the week and allowed three runs (two earned) in 2.2 innings, then Nick Gallagher (also on rehab assignment) allowed four without getting through an entire inning. Going to another usual starter, Juan Zapata also allowed four runs in two innings and the rout was on.

Naranjo puts the ball in play for Indians Red during the 2019 AZL season. – Joseph Coblitz, BurningRiverBaseball

While the Indians had 11 hits in this game, they scored just five runs, largely because five of those hits came off the bat of Joe Naranjo. With little offense in front or behind him, Naranjo scored just once and knocked in just one run despite his prodigious day. Prior to this, Naranjo had never even had a three hit game although this with his tenth multi-hit game.

Formerly of the 2019 Indians starting rotation and likely soon to be in the big league bullpen, Jefry Rodriguez made his first appearance at any level since hitting the IL on June 4th. He pitched just one inning and walked one, but was aided by a double play before finishing things off with a strikeout.

Backing up Rodriguez was a solid offensive attack from the whole line-up. Micael Ramirez knocked in three on two hits before being pulled for Richard Paz. Christian Cairo also had a fantastic game with a hit and two walks. On rehab assignment from Lake County, Jesse Berardi had his third hit since coming to Arizona on August 13th and knocked in two as well. He has been out of action since July 11th.

With the win, the Indians Red are now 10-10 in the second half, just two games behind the Royals for a play-off spot. However, they are also behind Dodgers Mota and Padres 1, so it will be an uphill climb. With eight games left, their elimination number sits at eight. With no games left between the Indians and any of the other three clubs in contention, they will need some luck as well as some wins of their own to get in.