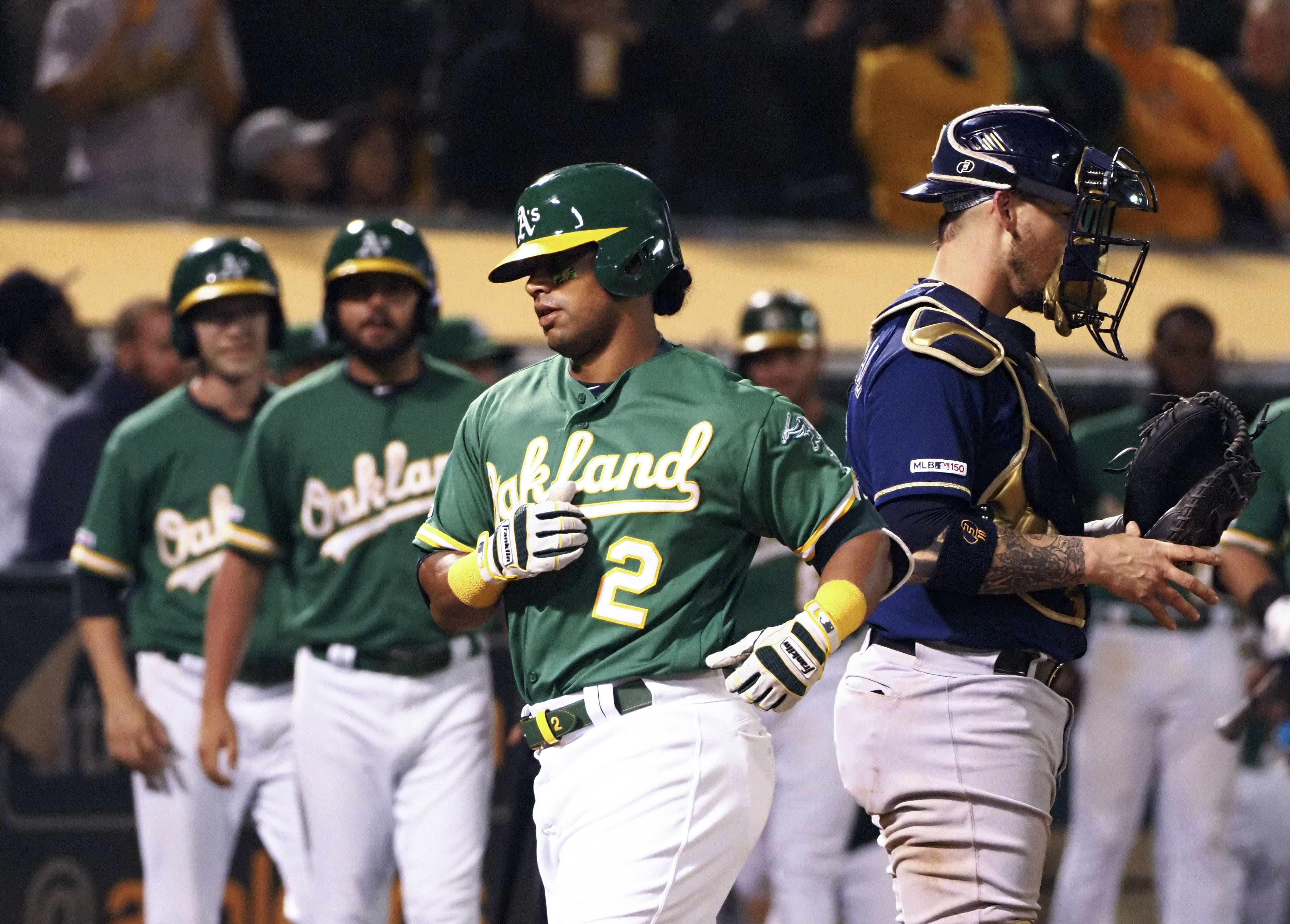 Khris Davis, the Athletics’ designated hitter, is commonly thought of as the most consistent year-to-year hitter in all of baseball. That reputation comes from the fun of repeating a .247 batting average for 4 consecutive seasons, and a very close .246 over the course of his career. Up through June 6th, Davis actually had a .247 batting average once again on the 2019 season. With the consistency of his batting average, Davis has also had consistently improving power numbers as well. Coming into his age 31 season, following a two-year extension in mid-April, the expectation was that Khris Davis would just continue to do the same, with not much questioning.

Instead, the steady presence in the middle of the Athletics’ lineup is slipping heavily and could even lose his spot with the team as they fight for a Wild Card spot. His batting average is down to .224. Only Mookie Betts and Matt Carpenter have had a larger drop in year-to-year wRC+. Considering Davis does not play in the field and has struggled even more as of late (42 wRC+ in the 2nd half), that drop off is even more concerning.

How does a player go from a top-10 player in MVP votes to half a win worse than a replacement-level player in just one season? Davis had hit even better in the 2nd half of 2018, yet this season he has hit 30 fewer homers and his Isolated Power has essentially been cut in half. While he is on the latter end of his career and over 30 years old, there are not many players that age poorly enough for this result.

Looking further into Davis’ stats, we can see in what areas he has struggled more in compared to a successful 2018 campaign. Plate discipline and making contact has not been the leading cause whatsoever. His BB% and K% nearly match in 2018 and 2019, and his 68.2% Contact rate, while not very good, is in line with the rest of his career. His First-Pitch Swing% has gone up to 42.1% from a career rate of 37.7%, but that would not make much of a difference. Additionally, his Meatball Swing% (percentage of balls right down the middle that a batter swings at) has also gone up, but if anything that would be a good sign.

The issues do not stem from bad luck with the other team’s defense, either. His .267 BABIP is definitely on the lower side for the league, but it is similar to both 2018 and the rest of his career. In fact, his BABIP on grounders is at his highest since his rookie season at .245. There has been a shift on for 39.2% of his plate appearances this season compared to 21% last season, but his wOBA has gone down even on plate appearances with no shift.

The big difference in Davis’ game has been his power. As mentioned earlier, his home run numbers have fallen off a cliff and his ISO is not on the same level. While he was known as one of the best home run hitters in the MLB the past few seasons, his 17 right now rank 81st of 145 qualified batters. From June 19th to today, Khris Davis only has 1 home run hit. That leaves him dead last in isolated power out of 164 qualified batters since that date.

Prior to that point, his power had not been completely sapped. It was not at the elite level from past seasons, but he had a .233 ISO, ranked 28th in the MLB in home runs hit, and had a 102 wRC+. At least a little regression was expected anyways. As a smaller figure, 24.1% HR/FB% is hard to maintain. His HR total outperformed his xHR total by 1.3, which is not a huge gap but is a gap. Coming into the season, ZiPS projected his ISO to be .269 and his HR total to be 39. He was on pace to at least be in the same conversation as those projections up until mid-June.

Fast forward to today, though, and his power numbers are much worse. He repeated a 17% Barrel% (an elite rate) each of the past three seasons, but it’s down to 10% now. His season exit velocity has dropped 2.7 mph since last season despite a still decent start to the year. While his xwOBA is still about average for the league and better than his wOBA, suggesting a bounce back is likely to happen, it is still about .060 worse than the previous season, a huge gap. The drop in exit velocity has come against every type of pitch, and in every part of the zone. His hard-hit rate hasn’t dropped a ton, suggesting that he is still squaring the ball up and making quality contact, but that quality contact has just not been as hard hit.

His rolling numbers shows how this issue really did not come up until about midway through the 2019 season, as his expected slugging percentage saw a big drop off from his career numbers in June and July, as well as his average exit velocity. The good news is, in August, there has seemed to be a bounce-back in those tracked numbers. The results have not followed, as they do not always do in a couple weeks, but there are encouraging signs.

The cause of the spontaneous loss of power is hard to point to, but without a change in approach, it is likely that is stems from injuries. Playing through and injury or coming back from one hurts power numbers more than anything else, and for it to be so dramatic shows this for sure. Davis himself in the past couple months has admitted to playing through a hand injury, and had gone on the IL with a left hip/oblique contusion earlier this season.

If the lack of productivity is indeed mostly due to that injury, it seems like good news. While plenty of players have had their careers derail as a result of ongoing injuries, that does not mean most injuries do not heal. With rest, as he has been getting (only 4 starts since the 5th of August), Davis should get his power back eventually. Even if he does not come back as the All-Star he once was, Davis should be productive enough to be a part of the middle of the order for Oakland as they fight for a playoff position.