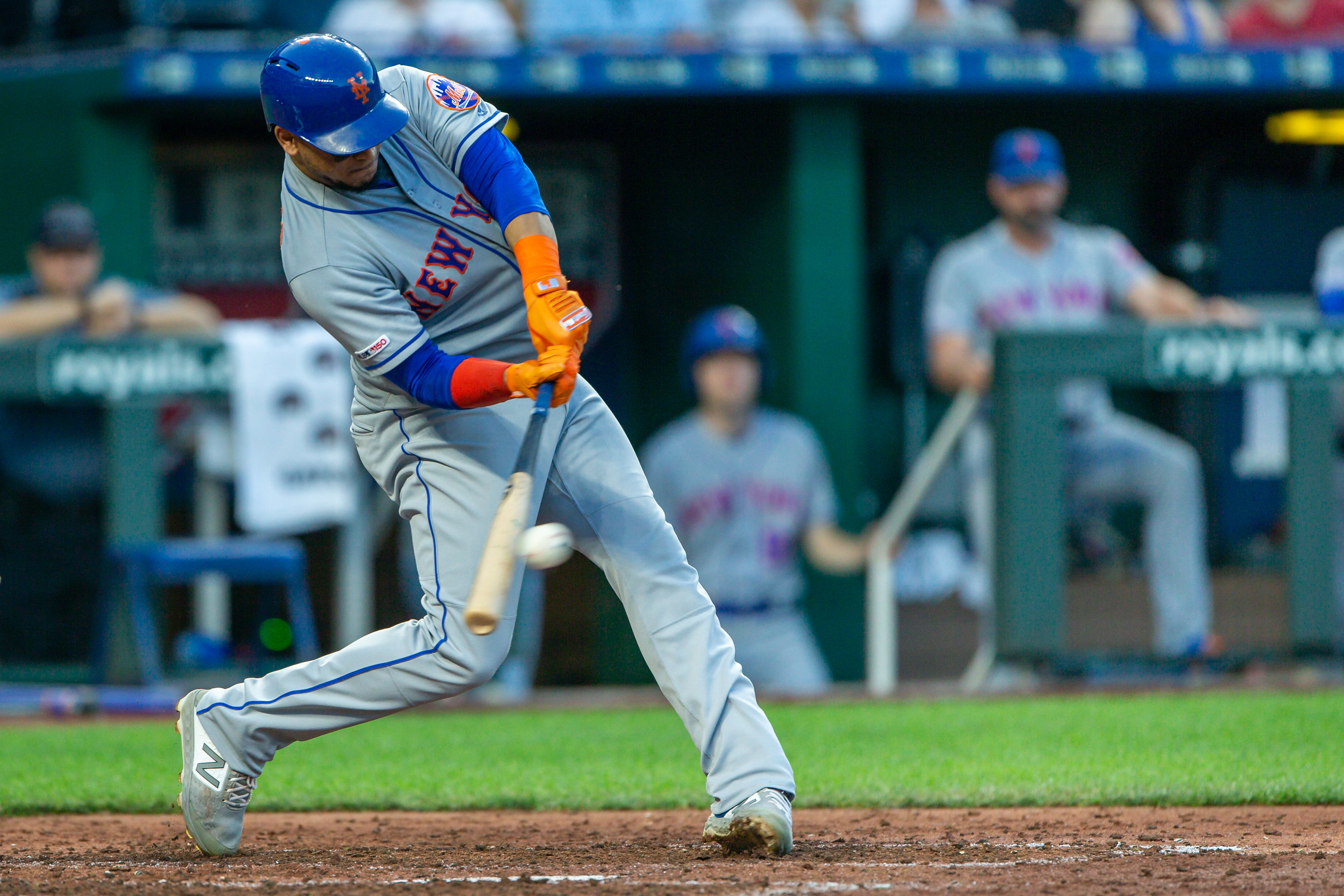 The latest “biggest game of the year” saw Jacob Junis (I guess he wants to be called “Jake” now) match the stellar Jacob deGrom inning for inning through six. deGrom was lights out for the first six innings, and he wasn’t fooling around with the top of the order, and Jorge Soler in particular. Didn’t matter who the Royals sent up … deGrom was mowing them down as he gave up just one run in the fourth on an error by Pete Alonso. (Don’t worry, there’s a happy ending for him.) deGrom was mixing in a 90 mph changeup that was wasn’t perfect, but deadly at its worst.

The Mets took control in the 7th. After Juan Lagares singled for his second hit of the night, Aaron Altherr got dinged in the head with a curve ball. Junis was pulled, then Amed Rosario walked against Jake Newberry (any more Jakes or Jacobs you want to throw at me?) to load the bases. The Royals then brought in side winding lefty Tim Hill to face Joe Panik, but Handsome Art How deployed J.D. Davis, who was taking a breather due to his tweaked calf. Davis struck out, but Hill still had to get by Pete Alonso. Alonso hit a long foul ball close to the right field foul pole which was reviewed, but review concluded that because Alonso hit the ball so damn far and because the 7 Line Army threw up their hands simply to be on television and not in celebration, the ball remained foul.

But Alonso then hit a Luis Sojo (a ninteen hopper) up the middle which was fielded by Whit Merrifield in short center as a run scored. Altherr, running on the 3-2 count, was right behind Lagares as Merrifield tried to nail him at the plate. Hill, however, thought that more good would be done by cutting the ball off so the Mets took a 3-1 lead. deGrom would then run into trouble in the bottom half of the inning but got Cheslor Cuthbert (no, his name isn’t Chester) to ground into a key double play, then strike out Ryan O’Hearn to end the inning. I swear after that strikeout deGrom had a look on his face which said “blow this, and I will kill you. This is not a drill.”

Lagares tripled home a run in the eighth to give the Mets a three run cushion (his glove would be great to have in the lineup if he hits half as well as he’s done against the Royals the last two days), and nobody from the Mets bullpen died at the calloused hands of Jacob deGrom. Justin Wilson got through the eighth, and Seth Lugo pitched a clean ninth for the save and a 4-1 Mets victory. The Phillies lost, and Sean Doolittle frittered away another three run lead (on three home runs in the ninth by Christian Yelich, Mike Moustakas, and Ryan Braun) to give Milwaukee the lead over the Nationals. The Nationals then scored the tying run in the bottom of the ninth and loaded the bases with nobody out, only to have Josh Hader strike out the side to send this game to, most likely, 274 innings. Playoff races are fun.