Curtis Bolton Making His Case to Make the Packers Roster 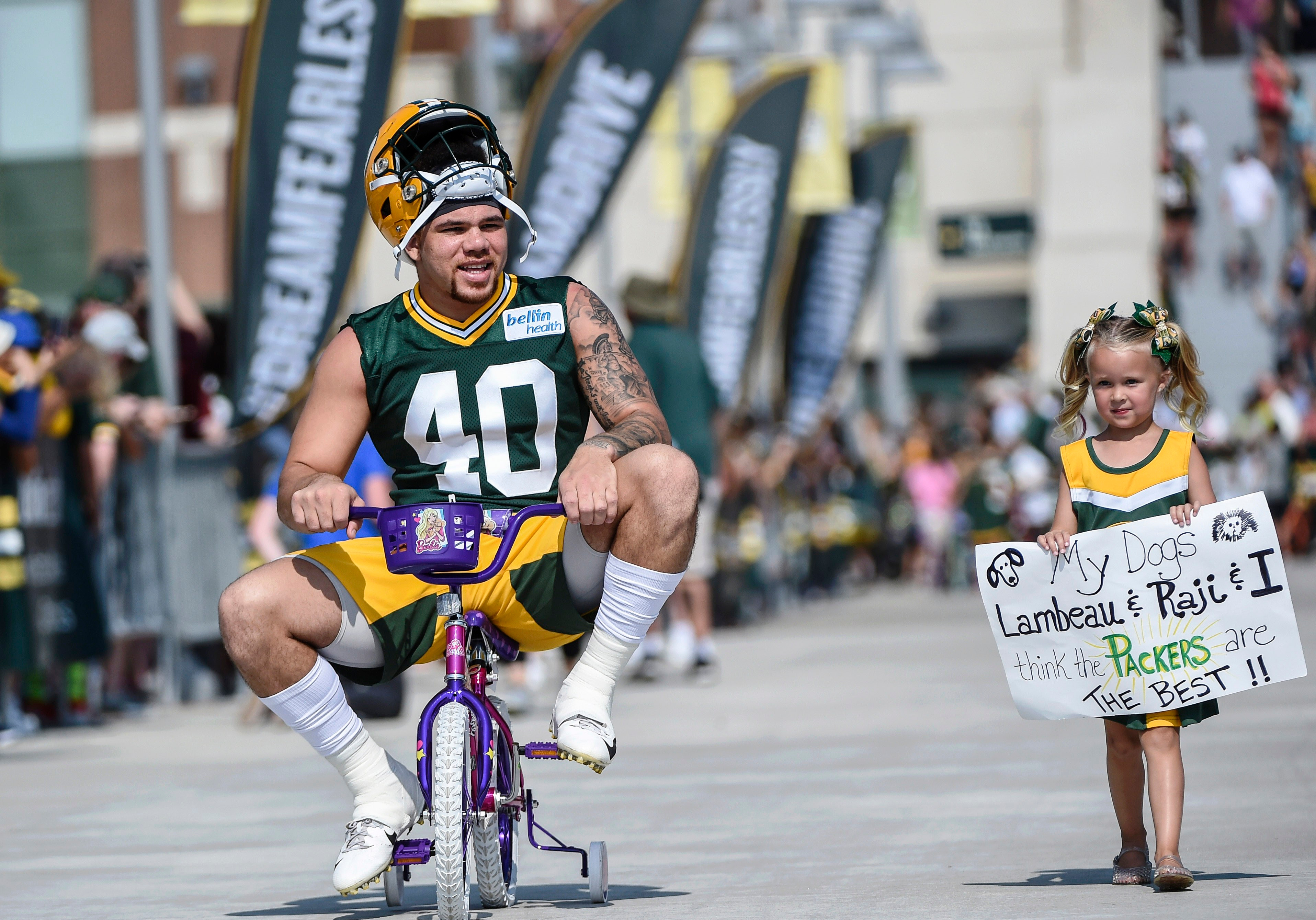 Curtis Bolton Making His Case to Make the Packers Roster

Curtis Bolton wasn’t one of the 254 players selected in the 2019 NFL Draft. But instead of feeling sorry for himself, the inside linebacker out of Oklahoma worked hard and is now making a strong impression on the Green Bay Packers coaching staff throughout training camp.

Defensive coordinator Mike Pettine praised Bolton after the team’s game in Baltimore against the Ravens. “This kid is a football player,” Pettine said. “He’s very instinctive he knows how to slip blocks. He knows he shouldn’t be taking on guards and tackles head on and he understands it. He has done a nice job of being able to soak in what we’re doing and apply it on the field. We’re pleased with where he is…Curtis has done a nice job.”

Bolton has shined in the club’s first two preseason games. In the opener against Houston, he played sound positional football, showing the ability to drop into coverage and stop the run while making two tackles. In Week 2 in Baltimore, Bolton got the start after Oren Burks was injured. He was credited with four tackles, a pass defended and made his first NFL interception when he picked off Trace McSorely of Baltimore after Tony Brown deflected the pass. He also made two tackles on special teams, an area the Packers need to improve after last year’s poor performance.

The one thing Bolton was pleased with was the interception. “It was a two-minute offense, a lot less run so key pass, trusting my coaching, trusting what I do in practice every day, dropped to where I needed to be,” Bolton said when asked to describe the play. “Somebody made a great play, popped the ball up in the air and I went and got it.”

Pettine wasn’t surprised that Bolton has been able to step into the starting lineup as an undrafted rookie. “He was a guy who we were very pleased to sign as an undrafted free agent,” Pettine explained. “Just going back and look at his college tape, he was very productive so it’s not a surprise to us that he’s done some of the things that he’s done. He was very productive at one of the country’s top programs in Oklahoma, so he’s done it on a big stage.”

In his senior year, the Honolulu native started all 14 games for Oklahoma and finished second on the team with 139 tackles which included 4.5 sacks and 12 tackles for loss.

The reason Bolton wasn’t drafted was his lack of measurables. He stands only six feet tall and weighs 228 pounds. His lack of size worked against him.

“Just not having the measurables you can see why he fell and didn’t get drafted, but this kid is a football player,” Pettine said.

If Bolton can continue to learn the Packers defense and make plays, the stage will get a lot bigger come September. Right now, the rookie is taking it one game at a time and is ready to get back to work.

“Obviously, the interception was huge, I was very happy about that but most of the game, at the end of the day I need to get back into the film room, improve where I need to, get back to my playbook, align better, tackle better, fill gaps better, there’s a lot of stuff I got to fix,” the rookie added.

Bolton started training camp as a long shot, but don’t be surprised to see his name on the Packers roster when the season starts next month in Chicago.