Down in the Dominican: DSL Indians August 4th-17th 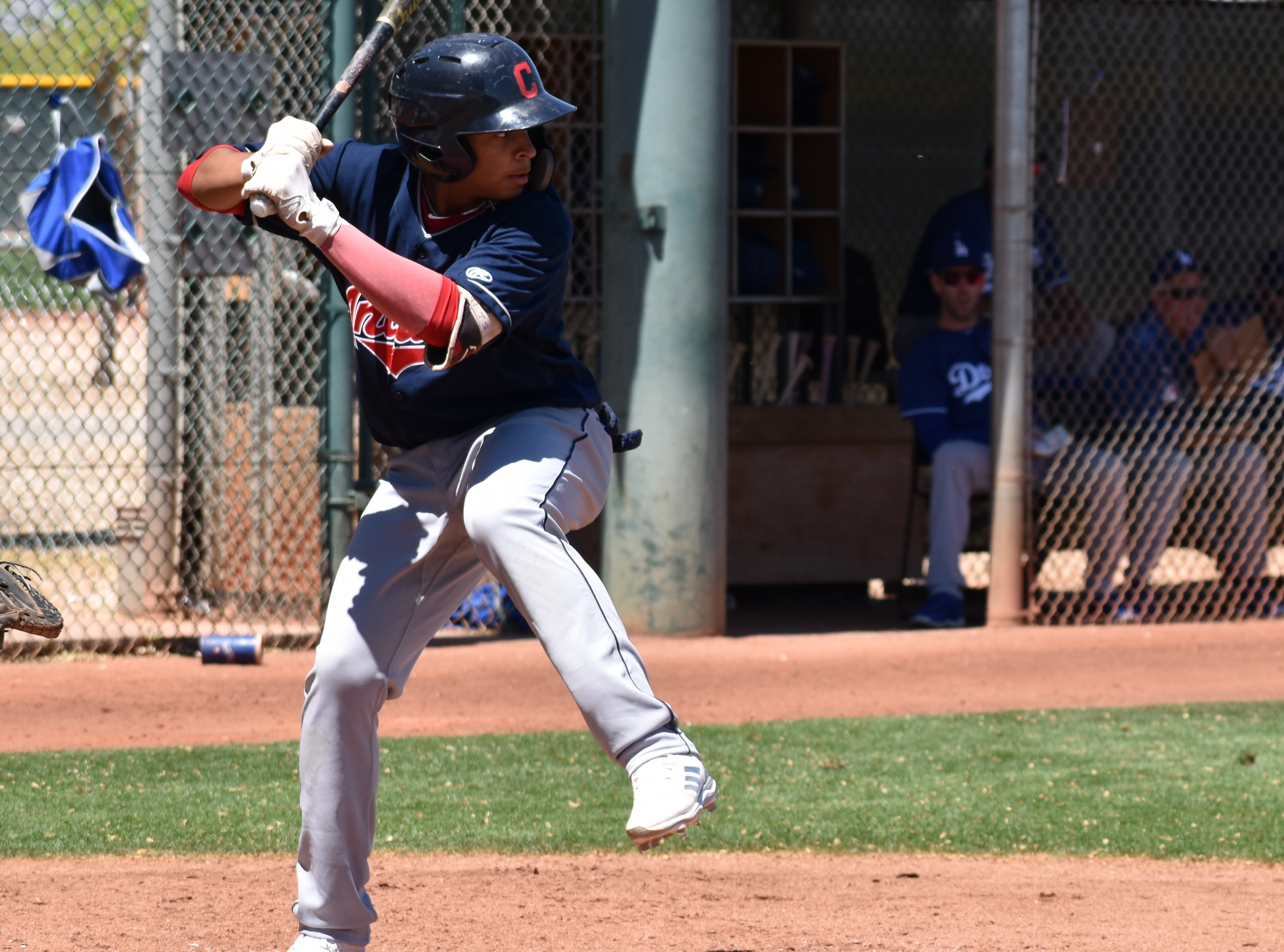 Down in the Dominican: DSL Indians August 4th-17th

In general, this team has been more successful this year than in the last few seasons, but a rough two weeks has placed them back in their normal position of second to last in the division. After a short three game winning streak two weeks ago, they went 3-8 over their next 11 games.

While this period started off with a loss against the Pirates 1, starting pitcher Tomas Reyes made the start on August 5th and pitched four hitless, shut out innings before the bullpen blew it. He struck out five for his best overall outing of the season. This also marked a stretch where he allowed just one hit over three starts (12 IP) and struck out 11. The only draw back was that he walked five and hit a batter. Skeiling Rodriguez added three hits in this game as the Tribe’s top offensive performer.

There were quite a few solid offensive performers the following day as the Indians got their revenge on Pirates 1 with 16 runs scored in a win. Four players had two hits including Moises De La Cruz who had a triple, just his fifth extra base hit of the season. The Indians as a team continued to be patient at the plate as they worked 13 walks and struck out 11 times in this game alone.

On August 7th, they lost a close one with Red Sox 2 thanks to an error by Nehemias Celeston and some poor pitching by Logan Franco. Robert Cruz started and allowed two unearned runs on four hits in four innings. Euclides Lopez had a great game, finishing out the affair with two innings and two strike outs with one hit and no walks allowed.

To his credit, Celeston walked twice and hit a double in one of his best offensive performances to that point. He only returned from the IL on July 24th after missing much of last year and all of 2019 with a leg injury. After a slow start, this game began a modest three game hitting streak for the infielder with extra base hits in all three games.

The Indians didn’t have any chance at winning the next game, however, as four errors, two passed balls, two wild pitches, ten walks and a hit batter lead to a 17-2 Red Sox 2 win. The Sox also stole three bases in what appears to be a complete breakdown of the entire team. Joseph Paulino did hit his first home run of the season, however, so there was a tiny bit of positive to come out for the Indians in this self induced slaughter.

It was Junior Sanquintin who hit his third home run of the season who lead the way on August 9th against Cubs 1. He had three hits in this game and four RBI as the Indians scored 9 overall, but still managed to lose 10-9. Steven Perez started and allowed only one of those runs in his four innings.

Sanquintin is an interesting story this season as he played extremely well in extended spring, then started the DSL season with the Indians/Brewers where he hit .224/.295/.344. Following a transfer to the DSL Indians on July 30th, he has hit .286/.333/.452 through ten games, much closer to what his expectations were heading into the season. This seems to be a common thread as players begin performing at a much higher level as soon as they get out of the co-op squad. This could be a function of the coaching staff as the two teams do not play at the same facility or train together.

The Indians rode ten hits to a win against Cubs 1 the next day as Daniel Aguilar hit his first career home run as half of his two hits. Aguilar came off the IL on July 23rd and has been one of the Indians top hitters since then, batting .304/.400/.500 this season in 15 games.

After two rough losses to Dodgers Schumaker and another to Rays 2, the Indians finally got back on the winning side on 3-0 victory over the Rays 2 on August 15th to start a double header. This was the culmination of a game started on July 30th when Tomas Reyes started and went three hitless innings. Since it was a double header, they only played seven innings and the Indians managed a two hit shut out with Daniel Figueroa and Euclides Lopez finishing it out.

Robinson Ramos provided the small amount of offense the Indians needed to win with an RBI double.

The Indians lost the back end of the double header against the Rays as even their top starter, Perez, had a rough outing. Hugo Villalobos pitched the Indians only scoreless inning of the day and has now allowed just one earned run since July 10th, a span of 14 innings.

After previous rain outs, the Indians were scheduled to take on Indians/Brewers four times this weekend, but only managed to get Friday’s games in with the double header on Saturday getting rained out as well.

They split the Friday set, winning the first game 6-1 and losing the second 2-4. Derian Perez hit a double and home run in the first game while Tomas Reyes pitched the duration of the seven inning game. With five strike outs, one walk and three hits allowed, Reyes lowered his season ERA to 2.64. Yeury Gervacio had a nice start for Indians/Brewers as well, going five innings and allowing one run before the bullpen blew it.

The Indians did manage six hits in game two including two from Angel Martinez and a double from Skeiling Rodriguez, but scored just once. Albert Breton started for the Indians and went three scoreless while David Flores earned his second save of the season for the Indians/Brewers thanks to two scoreless innings to end the game.

With less than one week left in the regular season and the Dominican Summer League Indians sitting in second to last place in the DSL North (ahead of only the Indians/Brewers), this will be the final bi-weekly report on either of the Indians DSL teams. End of season reports will be coming out shortly after the season comes to a close on August 24th.