Your Morning Dump... Where there is one roster spot left for Team USA 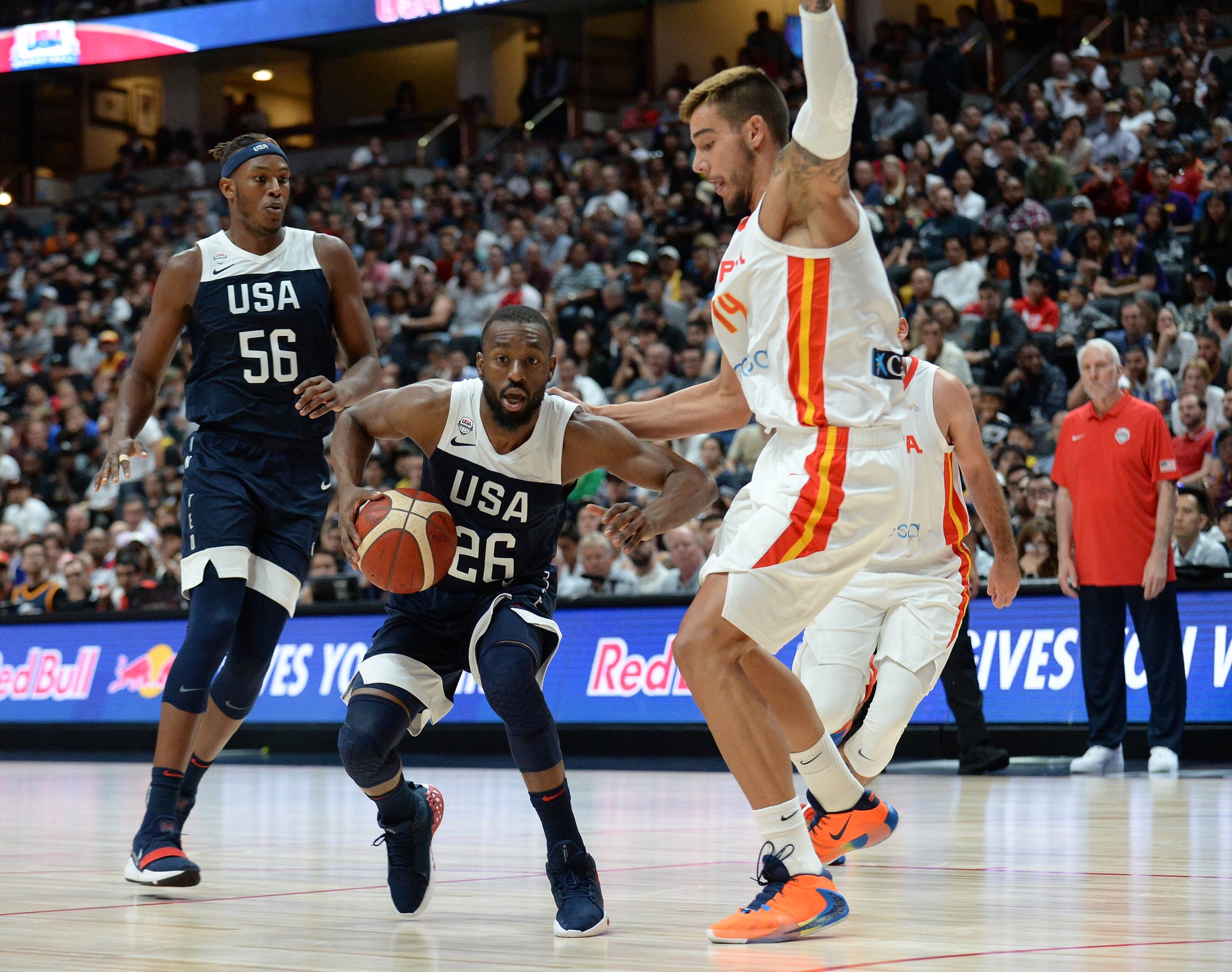 Your Morning Dump... Where there is one roster spot left for Team USA

It would seem like there are a handful of locks to make the team: Kemba Walker, Donovan Mitchell, Harrison Barnes, Mason Plumlee, Myles Turner, and Middleton. They were starters Friday night against Spain — Plumlee started the first half, Turner the second, with the U.S. still mixing and matching.

Jayson Tatum played more minutes than nearly everyone Friday. Joe Harris — the NBA’s best 3-point shooter last season — should be on this team based on the importance of shooting from deep in the international game. Brook Lopez should make the team for the same reason since his 7-foot frame and 3-point game seem made for the FIBA stage.

Marcus Smart is a bit of a wild card — unable to play in either the Spain game or the intrasquad scrimmage Aug. 9 because of a calf issue, though the fact that he’s still on the roster strongly suggests the U.S. has him in its plans. Assuming he’s healthy now, pencil him into a spot. (If he’s not healthy, that makes the decision obvious and simple.) Jaylen Brown brings toughness, and he’s played well enough to merit a uniform as well.

That, if the U.S. is keeping Smart, makes it 11 players. That would mean two guys remain for one spot.

Arguments for both can be made. Kyle Kuzma played very well against Spain on Friday night and teammates have raved about his effort in camp. Derrick White was a select-teamer before getting called up, and plays for Popovich in San Antonio. It certainly would make sense to have someone in the team room fluent in Popovich’s hows and whys.

First off, Jayson Tatum is a LOCK. It’s downright embarrassing that he’s referenced in the same grouping as Joe Harris and Brook Lopez.

Second, it appears all four Celtics are going to make the roster – provided Smart’s calf remains healthy. Although, I’m a bit skeptical trusting this reporter’s analysis based on his Tatum opinion.

I don’t care much about the last spot except I’d love to see the Lakers’ Kuzma booted from the squad.

In the article, Gregg Popovich talks about his cut from the 1972 Olympic squad. Pop says he was callously informed via a note posted on a wall (similar to how I learned I made the cut for my high school freshman hoop team).

Pop’s comments lead me to believe that some of the recent player announcements to leave the team are based on knowing they weren’t going to make the squad and Pop’s letting them control the message.