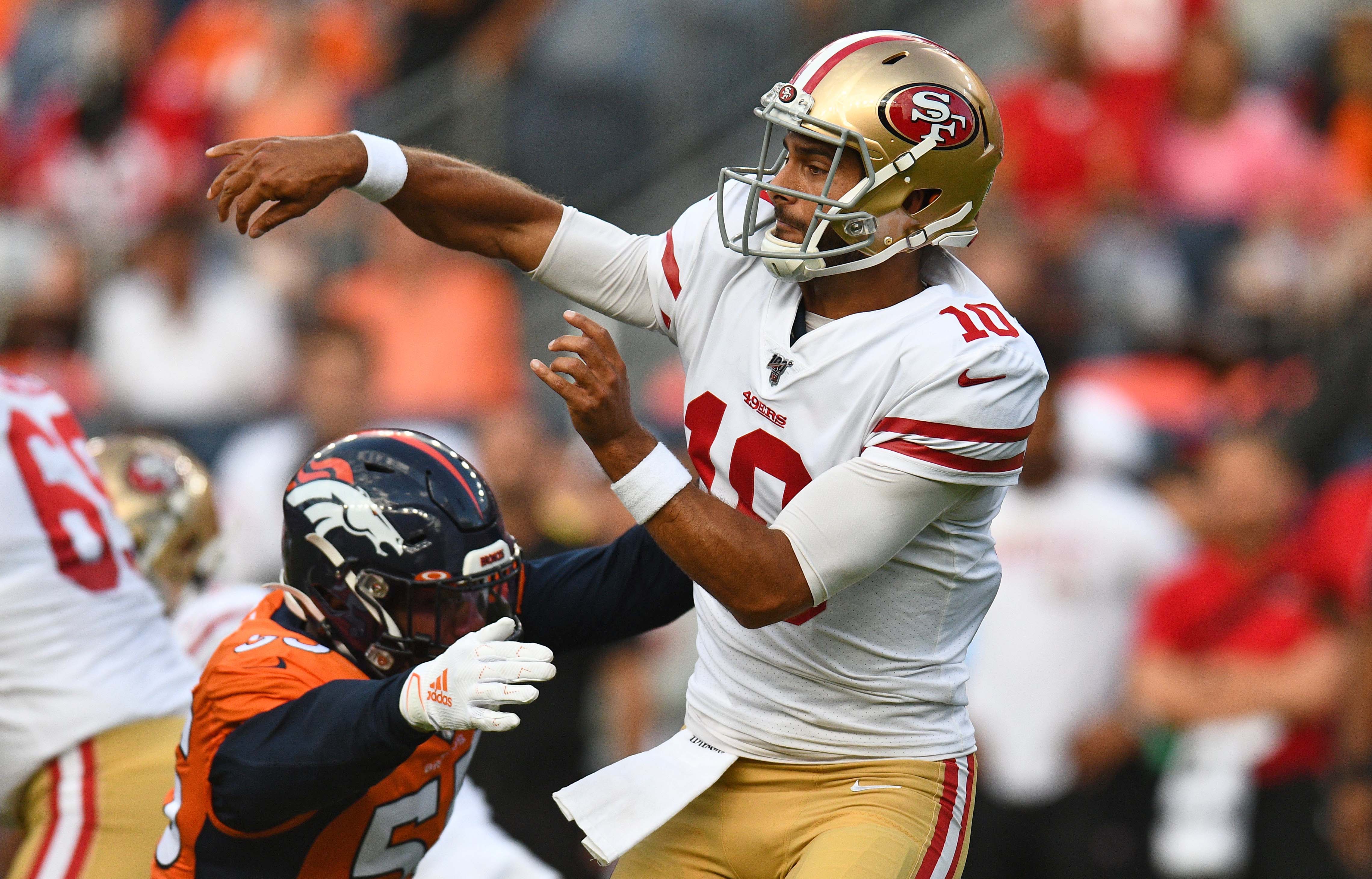 49ers quarterback Jimmy Garoppolo showed signs of being rusty in his first NFL (exhibition) game action since tearing his ACL last October. He looked tentative in the preseason game against the Broncos, and was just slow in his decision making — clearly not trusting his reads.

Garoppolo’s first pass attempt was batted down at the line of scrimmage, and it didn’t get any better from then on. He was pressured by Bradley Chubb on his next pass attempt, and he overthrew a receiver as a result — never really setting his feet. That resulted in an interception for cornerback Isaac Yiadom, and you can watch it below.

Jimmy Garoppolo, who's struggled recently by throwing 5 INTs in a row at practice, opened the game with another INTpic.twitter.com/CYkAxNtAHA

There was also this awful throw, which should’ve been a pick-six, but the defender dropped it.

Here's the 2nd terrible pass from Jimmy Garoppolo in the game. He threw a pick on the first drive and had a defender drop this one that was thrown right to him.

Was going to be a pick-six.pic.twitter.com/jljn58yi9G

All in all, it couldn’t have been a worse showing for Jimmy G, who clearly is still not even close to being back to full health. He finished the game 1-of-6 passing, for 0 yards, with one INT.

ACL injuries can be tricky, and it may take half the season — if not more — for him to return to peak form, but the clock is ticking on the Niners, who are under the pressure of needing to win this season.