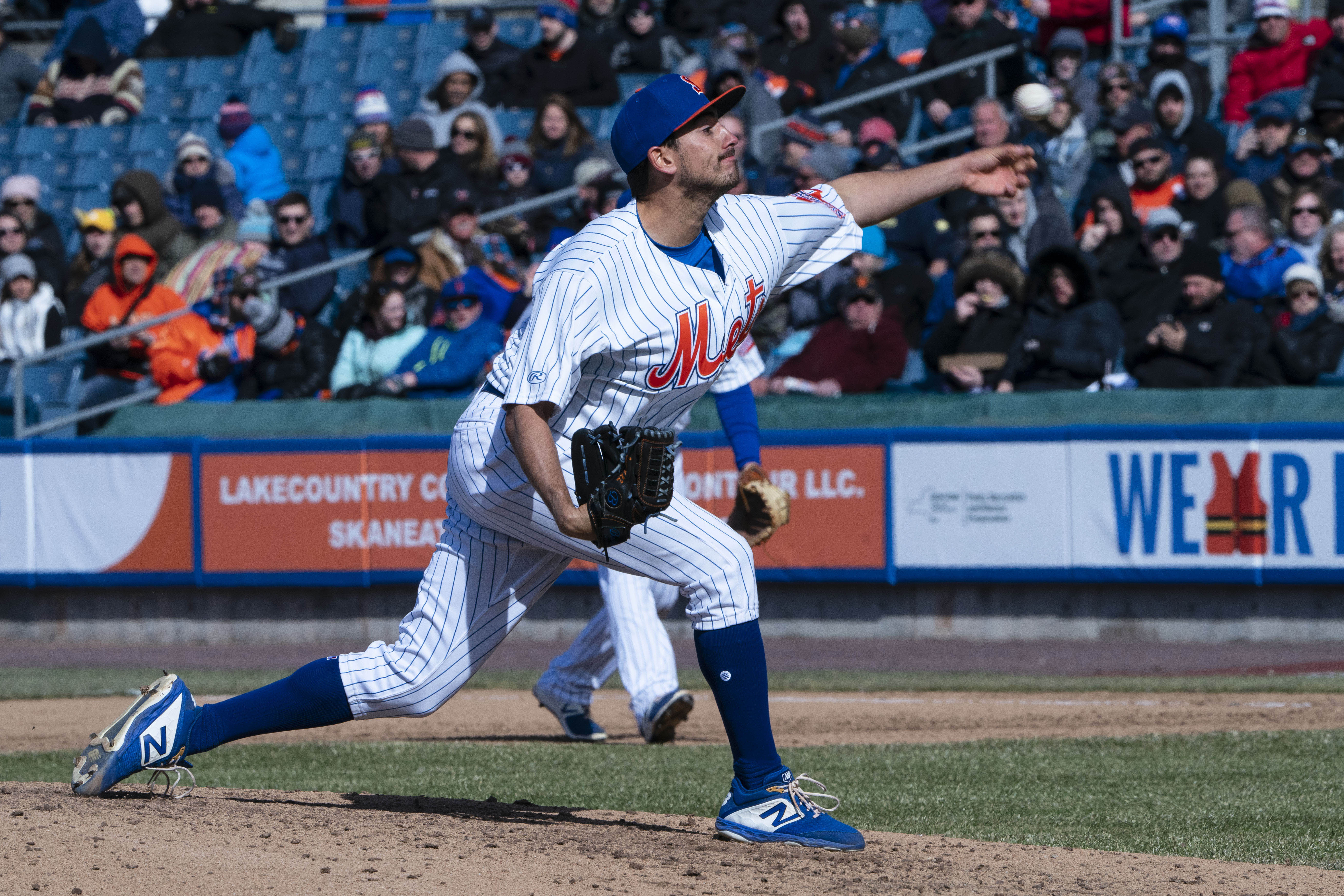 The New York Mets are in a playoff race, and they will need some reinforcements from their farm system once rosters expand in September. A primary area of need is the bullpen, and the Mets have been shuttling relievers in and out of their relief corps all year trying to find the right mix. One guy who figures to get another shot in September is lefty Daniel Zamora, and he is the focus of this week’s edition of Minor League Mondays.

Zamora, who made his big league league debut a year ago, hasn’t had a ton of big league success in 2019. In 12 appearances in Queens, Zamora pitched to a 5.68 ERA, mostly due to control problems, walking four batters in 6.1 innings pitched. Control hasn’t been as much of an issue for Zamora in AAA Syracuse, where he has walked just seven in 24.1 innings of work, but opponents have hit .250 against him. That has been a contributing factor to Zamora’s 4.74 ERA in 26 appearances.

The important figure to consider with Zamora is his splits, with lefties hitting just .244 against him so far this season. That would be the primary role for Zamora in September, where he would be an additional lefty to complement Luis Avilan and Justin Wilson out of the Mets’ bullpen. Zamora experienced some success in this role a year ago, flashing with the Mets in September of 2018, so it wouldn’t be a surprise if they try to recapture lightning in a bottle again in a couple of weeks.