Mystics continue to dominate the WNBA despite injuries 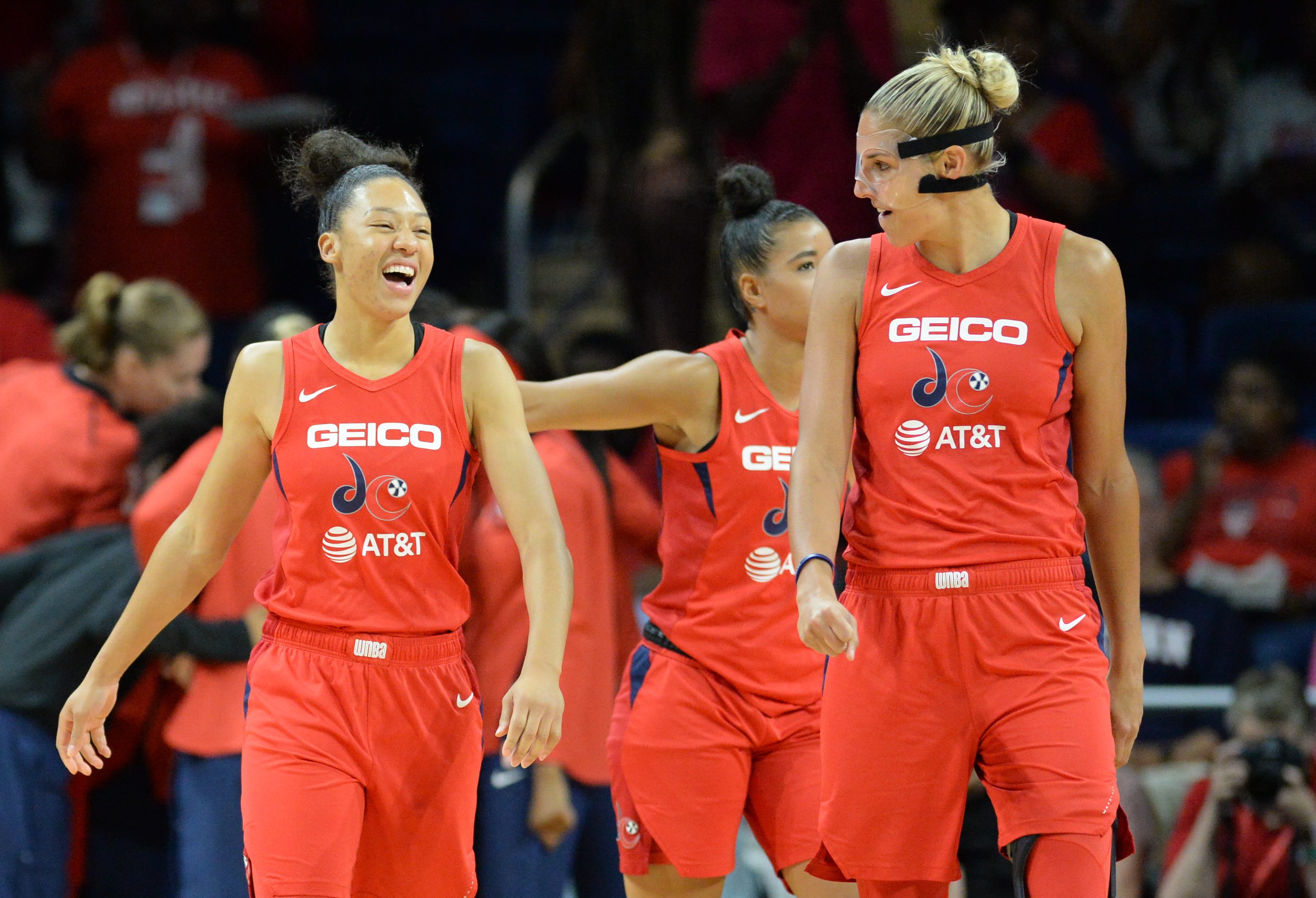 Mystics continue to dominate the WNBA despite injuries

The Washington Mystics reached the WNBA Finals last summer, but were relatively easy work for the Seattle Storm who swept the D.C. team in three games. The Mystics came back with strong intentions of returning to the championship series and more than halfway through the season are poised to do so. Washington holds the best record in the WNBA at 20-7 and is a full game ahead of second-place Connecticut Sun in the Eastern Conference standings.

Washington’s latest victim was the Indiana Fever to the tune of 107-68 on Sunday afternoon at Entertainment and Sports Arena (ESA) in Congress Heights. The team is just three wins shy of setting a new record for wins in a single season. Washington set a new WNBA record for made 3-pointers in a game (18). The Mystics have now won six games by 25+ points and 11 games by 20+ points, both WNBA single-season records. The home team got out to a 20-2 lead to start the game and put things to bed with a 36-point third quarter.

“When you shoot 39 threes and make 18 of them and you have 30 assists for the game, the coach has to be pretty happy,” head coach and general manager Mike Thibault said. “The world looks really good when you’re making shots.”

The Mystics have won 10 of their last 11 contests, many of which have not been close. This includes winning the last four games without All-Star guard Kristi Toliver, arguably the second-best player on the team as the former Terp is sidelined with a right knee contusion that may not be healed anytime soon, but also not believed to be too serious. Ariel Atkins and Aerial Powers have also missed games, while Natasha Cloud has had to play heavy minutes with the recent loss of Toliver.

Elena Delle Donne has also missed three games including an additional fourth game that she exited early; the Mystics have lost all of those games. When Washington has their MVP candidate full available, they are a whopping 20-3 this season even though Delle Donne continues to sport a knee brace and recently a face mask. In just 28.8 minutes, Delle Donne is averaging 19 points and 8.2 rebounds per game including a whopping 96.3 free throw percentage. On Monday, Delle Donne was named the Eastern Conference Player of the Week for the sixth time this season.

“I think what people don’t talk about is she’s one of the most balanced players on offense,” opposing Indiana Fever head coach Pokey Chatman said about her former draft pick and player in Chicago. “I think, defensively, if her feet aren’t quick, her handles and instincts are. She can allow enough space to contest shots and rebound. I think you’re just talking about one of the most skilled players.”

However, Delle Donne will be the first to admit that Washington’s greatest strength is not her, but the depth around her. Toliver averaged 13 points and 6 assists per game. Emma Meesseman chips in 12.4 points off the bench along with 11 points from Aerial Powers who is coming into her own in a handful of starts recently. Ariel Atkins (10.9 ppg), Tianna Hawkins (9.1 ppg) and Natasha Cloud (9 ppg) can also chip in for double-digits any given game. Cloud’s biggest contribution as the franchise all-time leading dime dropper may be her 5.6 assists per game and ability to serve as a combo guard and strong defender.

With seven games left in the season, the Mystics have their sights set on the No. 1 seed. The two best teams in the regular season receive double-byes in the playoffs meaning they avoid the first two rounds of single-game eliminations. As not No. 1 seed, they will play the lowest remaining seed in the semifinals in a best-of-5 game series. If Washington can get and then remain healthy, the expectations and goal is a championship.