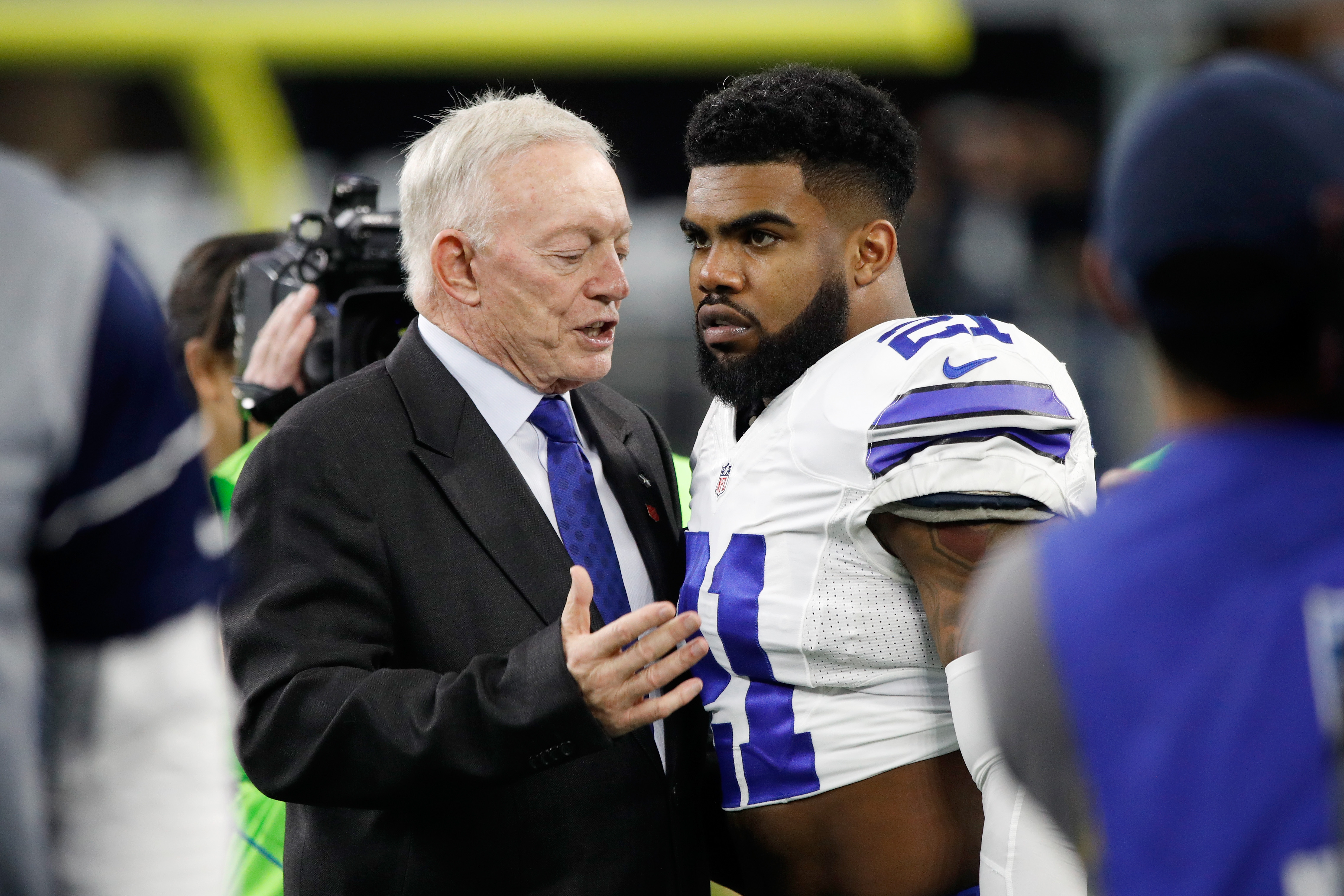 Jerry Jones was all fun and games before when asked about Ezekiel Elliott. Now, he’s no longer finding the situation funny.

It’s been quite an eventful month for the Dallas Cowboys. As they returned to training camp in late July in preparation of the 2019 NFL season, they were missing one of their key players from the last few seasons in former first-round running back, Ezekiel Elliott.

Thanks to the Le’Veon Bell effect, the Cowboys’ superstar running back joined the likings of Los Angeles Chargers running back Melvin Gordon as he attempts to hold out for a new contract heading into the new year.

As of this season, Elliott is in the final year of his rookie deal. But the Cowboys figured they could get two more reasonably priced seasons out of him before handing out a mass extension by picking up his fifth-year option.

Before, that might’ve worked. Nowadays, though, running backs want precisely what they deserve. And seeing as though Zeke has been the Cowboys most dominant player on offense over the last three seasons, he wants to ensure he gets a contract he rightfully so deserves.

On the other hand, though, the Cowboys are ready to play hardball. While they understand Zeke’s concerns, they also recognize that running backs have a short lifespan in today’s NFL. Therefore, they believe they hold all of the leverage in this case.

Cowboys’ owner Jerry Jones is confident that his team will prosper with or without Zeke — but he’s not discrediting what the former Ohio State running back has done for Dallas in the last three years.

While he did mention before they would feel a lot more comfortable heading into the new season with him, he wouldn’t make that kind of statement without leading with a little joke to make light of the situation.

“Zeke who?” Jones responded to a question with regarding the Cowboys backfield. While he did have a smile and was clearly joking, it was only a matter of time before Elliott’s eventual response would get out to the public.

As expected, Ezekiel Elliott and his agent were not too happy about the comment. On Monday, word got out that Zeke and his team believe that Jones’ subtle jokes were borderline disrespectful.

Then, on Tuesday, Jones was asked about the situation once more after Elliott’s follow-up response came out, and Jones wasn’t as giddy this time around. Actually, he was a lot sterner and clearly agitated.

Jerry Jones, no smiles on this one.

“I’ve earned the right with Zeke to joke,” a visibly frustrated Jones said to a swarm of reporters on Tuesday evening. While Jones’ subtle shots towards Zeke were slightly uncalled for, he did make it clear he was joking.

However, that didn’t matter to Zeke and company, as the two parties have grown disgruntled. As Jones has helped Elliott out with a lot of off-field issues in the past, he feels he’s right to make that sort of comment regarding the player who is currently holding out.

There’s no timeline on a potential conclusion, but it seems as though the situation has taken a turn for the worst. With the season-opener just a few weeks away, it doesn’t seem like there is much progress between Dallas and their disgruntled running back moving forward.