Yankees could soon have Luis Severino back in the starting rotation 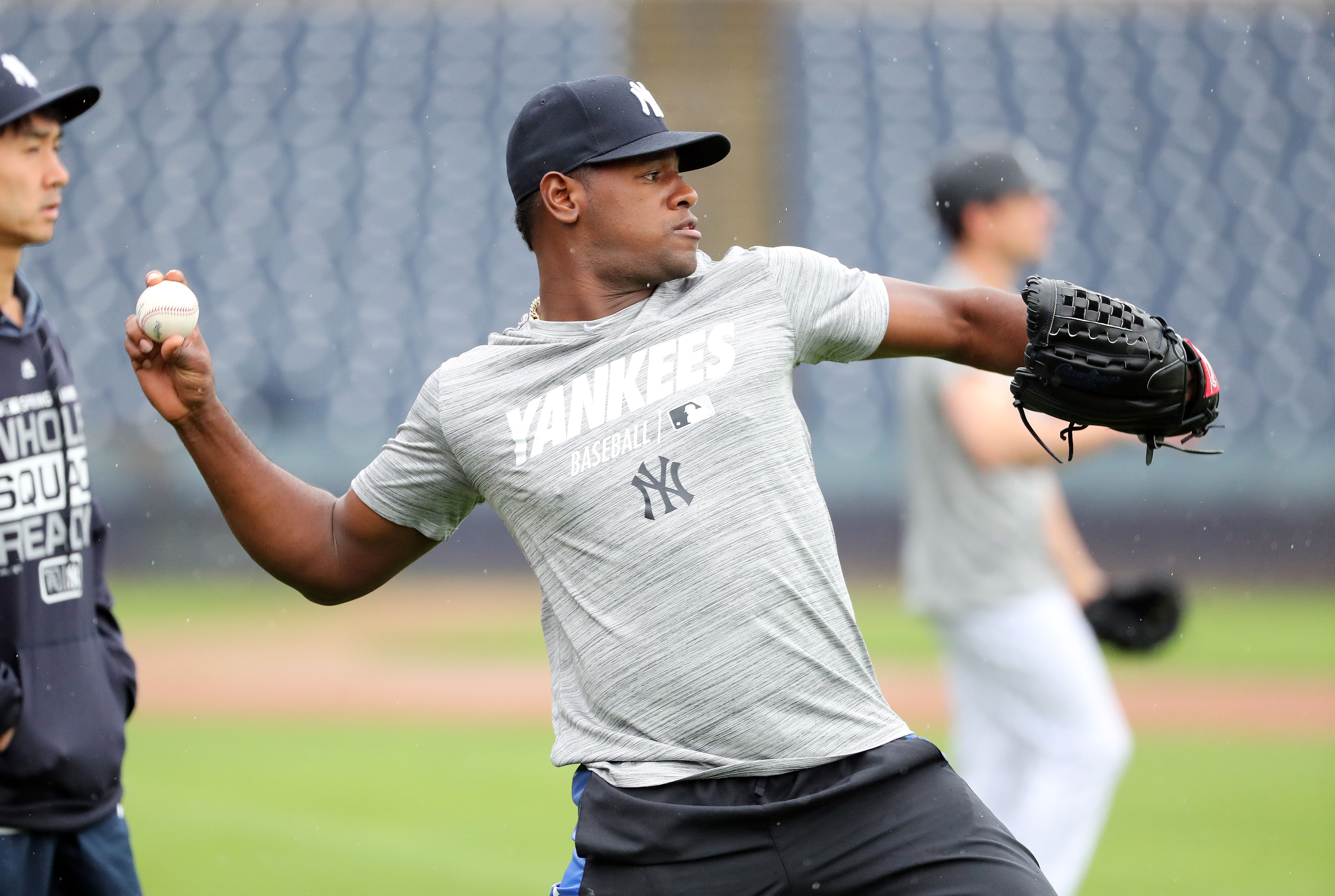 Yankees could soon have Luis Severino back in the starting rotation

The New York Yankees could soon have starting pitcher Luis Severino in the not too distant future. Severino has been out of the Yankees lineup in 2019 with inflammation in his right rotator cuff and a lat strain, but has been feeling better lately.

The 25 year old right hander from the Dominican Republic has not thrown a Major League Baseball game since he was hammered in game three of the 2018 American League Divisional Series last October. Severino pitched only three innings and gave up six earned runs and seven hits for a whopping earned run average of 18. Oh, yes, the Red Sox won the game 16-1 to take a two games to one series lead, and went on to win the series three games to one. This radically effected the online gambling scene at places like matchbonuscode.co.uk and similar sites that responded to the flood of activity quickly and saw a surge in bets against New York teams. And to make matters worse for Yankees fans, the Red Sox went on to win the World Series by beating the Los Angeles Dodgers in five games.

Severino has been very productive in three of the last four Yankees regular seasons. In 2019, Severino had a regular season record of 19 wins and eight losses, an earned run average of 3.39, WHIP of 1.15, and had 220 strikeouts compared to 46 walks, 72 earned runs and 173 hits against in 191.333 innings pitched.

Meanwhile, the Yankees bullpen continues to be led by Aroldis Chapman. On Saturday, in a Yankees 6-5 win over the Cleveland Indians from Yankee Stadium, Chapman had a 102.7 mile per hour pitch, his fastest pitch in 2019. Only four other players have thrown faster in the Major Leagues this season. They are St. Louis Cardinals pitcher Jordan Hicks of Houston, TX (104.3 mph), Tayron Guerrero of the Miami Marlins (102.9 mph) and Andres Munoz of the San Diego Padres (102.8 mph).

The Yankees have the best record in Major League Baseball at 83 wins and 43 losses. That might be a little surprising with their starting pitching woes.  The Bronx Bombers could be even more dangerous with Severino in their starting rotation once again.