Pete Alonso sets NL record for most HRs by rookie 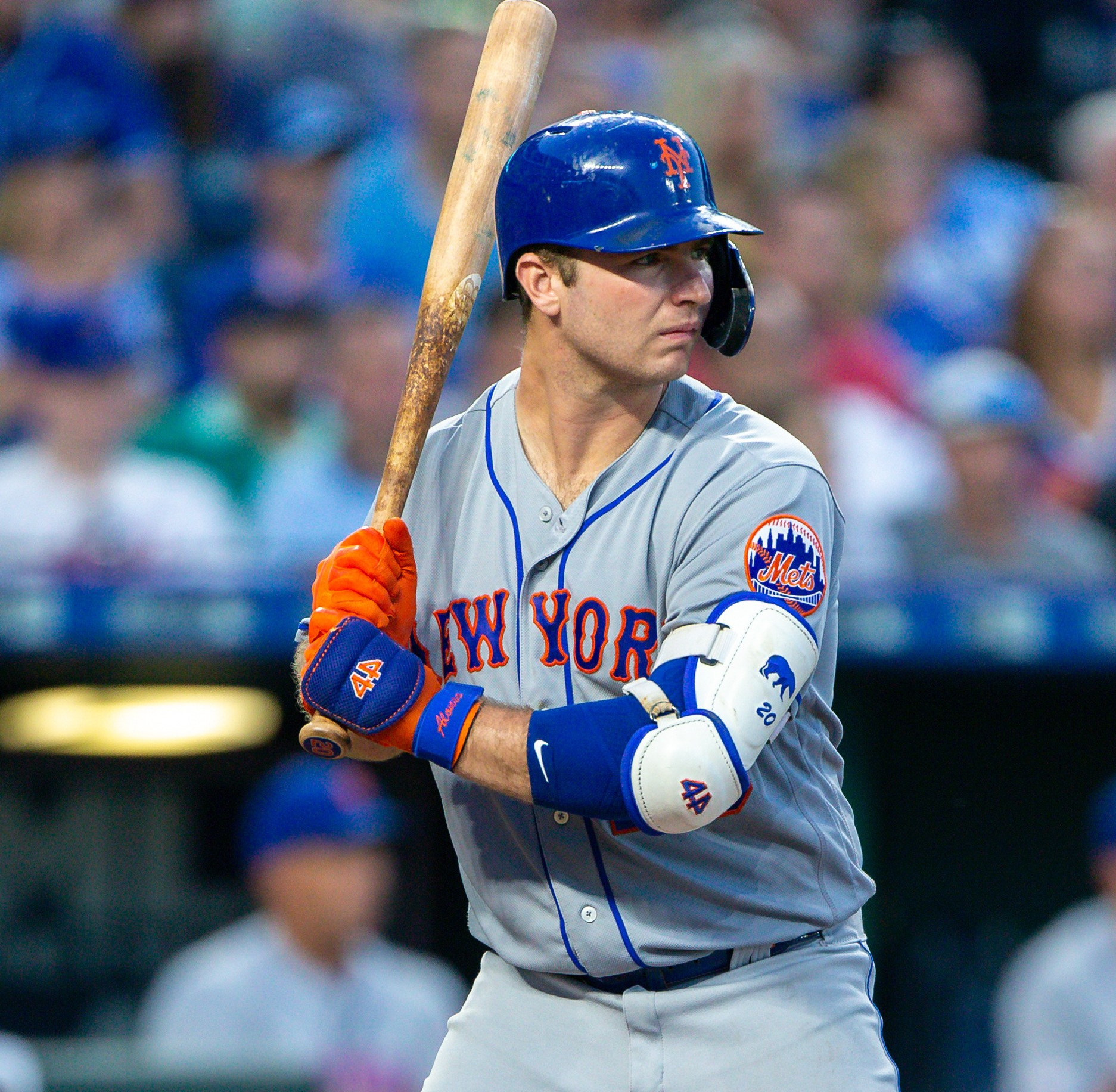 Pete Alonso sets NL record for most HRs by rookie

Alonso set the record in the ninth inning on a solo home run off of Royals relief pitcher Jacob Barnes. The home run went 418 feet to left field and was the final run of the baseball game.

Alonso broke the record that was previously set by Los Angeles Dodgers outfielder Cody Bellinger of Scottsdale, AZ. Bellinger had 39 home runs with the Dodgers in 2017. Interestingly, it is Bellinger who currently leads Major League Baseball with 42 home runs. Alonso is presently fourth in home runs as he is behind Milwaukee Brewers outfielder Christian Yelich of Thousand Oaks, CA and Los Angeles Angels outfielder Mike Trout of Vineland, NJ, who each have 41 home runs.

It was quite the game for Alonso as he had a single, double and home run at Kansas City’s Kauffman Stadium. With the home run, Alonso marched closer to the Mets franchise record with 41. That record belongs to catcher Todd Hundley of Martinsville, VA, who had 41 home runs with the Mets in 1996 and was tied by Carlos Beltran in 2006.

Even though Alonso broke the National League record, he is a long way off from the American League and even the New York record. That belongs to New York Yankees right fielder Aaron Judge of Linden, CA, who had 52 home runs in 2017. That season, Judge led the American League in home runs, runs scored (128) and walks (127). Giancarlo Stanton of the Miami Marlins led Major League Baseball in home runs that season with 59.

Even though the Mets are out of contention in the National League East (they are nine games back of the division leading Atlanta Braves), a wildcard spot is in their grasp. They are currently two games back of the Chicago Cubs for the second wildcard.