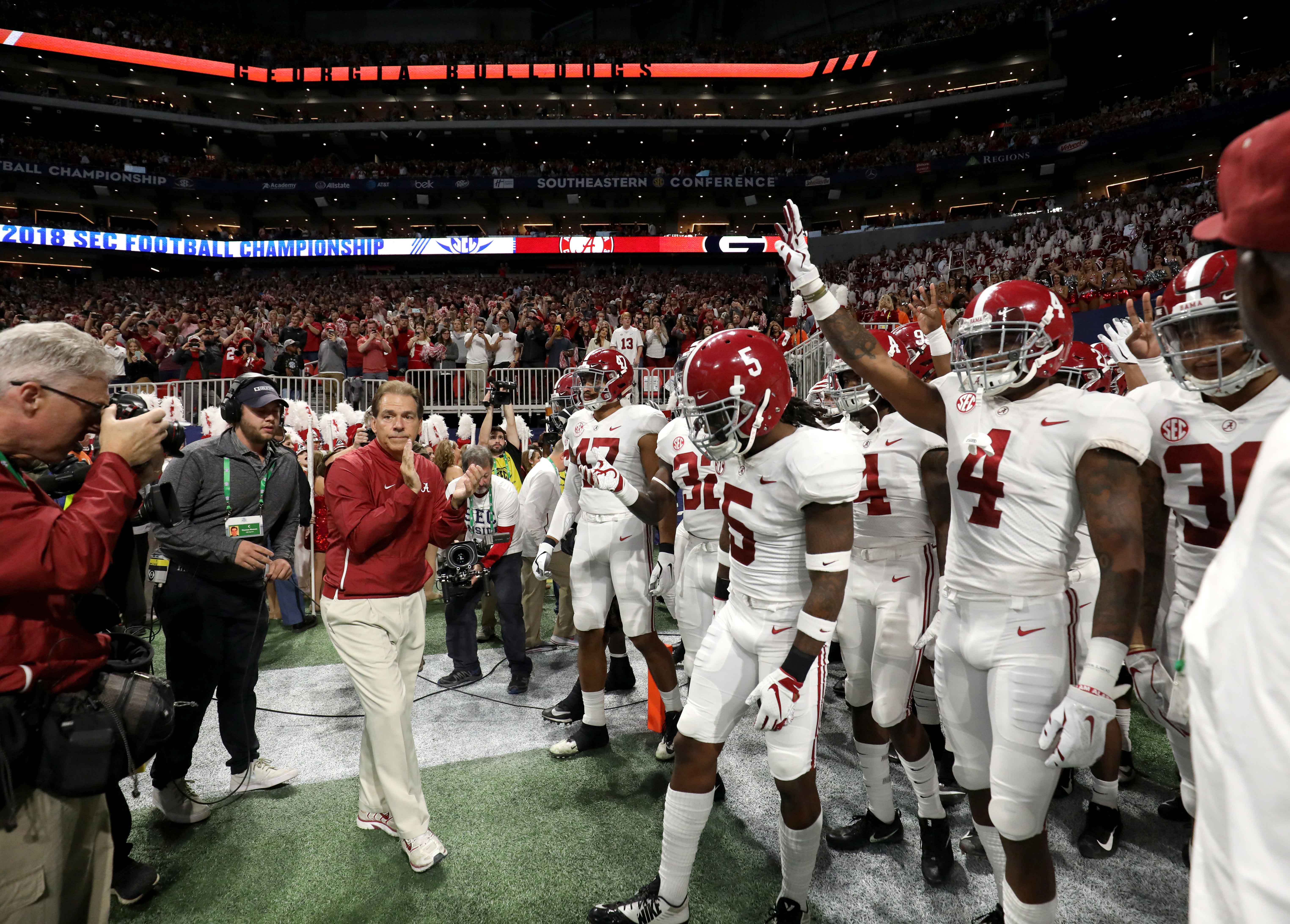 Some familiar and accomplished faces are back in college football this season like Les Miles and Mack Brown to name a few.

Both Miles and Brown won national championships back in the BCS era. Now at basketball schools in Kansas and North Carolina, both men will look to lead their schools to major bowls during their tenures.

In this piece, we take a look at the coaches who have led multiple schools to BCS and/or New Year’s Six bowls. The BCS was implemented in 1998 and lasted until 2013. Since then, the New Year’s Six structure has been in place with two of the bowls serving as semifinals for the College Football Playoff.

Without further ado, here are the coaches to lead multiple schools to BCS or New Year’s Six bowls:

Schools: Georgia (2002, 2005, 2007); Miami (2017)
BCS/NY6 Record: 2-2 (.500)
National Championships: 0
In his second year at Georgia in 2002, Mark Richt led the Bulldogs to their first SEC title in two decades and defeated Florida State — where Richt was once coordinator — in the Sugar Bowl. Richt would take Georgia to two other Sugar Bowl appearances in his 15 years in Athens, splitting those two games. In 2016, Richt returned to his alma mater of Miami. In year No. 2, the Hurricanes reached the Orange Bowl, but were defeated by Wisconsin, 34-24.

Schools: Utah (2004); Florida (2006, 2008-09); Ohio State (2013-18)
BCS/NY6 Record: 9-2 (.818)
National Championships: 3 (2006, 2008, 2014)
The only coach on the list to lead three different schools to a BCS or New Year’s Six bowl, Urban Meyer was not only proficient at getting to a major bowl, but he typically won after making it that far. After winning a pair of national championships at Florida, Meyer led Ohio State to an undefeated season in 2012 while the program was on probation. Two years later, the Buckeyes won the first national title of the playoff era. Interesting enough, Meyer’s only two losses in major bowls came at the hand of Clemson.

Schools: Louisville (2006); Arkansas (2010)
BCS/NY6 Record: 1-1 (.500)
National Championships: 0
Bobby Petrino may not have been the most beloved head coach, but it is hard to say that he wasn’t accomplished. After leading Louisville to a Big East championship and an Orange Bowl victory over Wake Forest in 2006, Petrino tried his hand at the NFL with the Atlanta Falcons. Petrino returned to the college game in 2008 and spent four years at Arkansas, winning 21 games over his final two seasons. The Razorbacks reached the Sugar Bowl in 2010, but were defeated by Ohio State, 31-26.

Schools: Boise State (2006, 2009); Washington (2016-18)
BCS/NY6 Record: 2-3 (.400)
National Championships: 0
Boise State had been a college football up-and-comer for some time when it became the darlings of college football after a thrilling 43-42 overtime victory over Oklahoma in the Fiesta Bowl to cap the 2006 season. Under Chris Petersen, the Broncos would win at least 10 games in each of his first seven seasons. Petersen’s team capped undefeated seasons with Fiesta Bowl wins in 2006 and 2009. Since 2014, Petersen has been the head coach at Washington. The Huskies have won the Pac-12 twice in the last three years and reached a New Year’s Six bowl each season, but are 0-3 in those games.

Schools: Cincinnati (2008-09); Notre Dame (2012, 2015, 2018)
BCS/NY6 Record: 0-4 (.000)
National Championships: 0
A Division II national champion at Grand Valley State, Brian Kelly has been a winner at every level, but winning the big game hasn’t come easy. After leading Cincinnati to Big East titles in 2008 and 2009, Kelly left for South Bend in 2010. Kelly has led Notre Dame to a national championship game appearance in 2012 and the College Football Playoff this past season, but has never won a major bowl. Kelly took Cincinnati to an undefeated regular season in 2009, but left before the Bearcats’ 51-24 loss to Florida in the Sugar Bowl.

Schools: Stanford (2010); Michigan (2016, 2018)
BCS/NY6 Record: 1-2 (.333)
National Championships: 0
A former NFL quarterback, Jim Harbaugh was responsible for completely transforming Stanford as a football program. Harbaugh capped his 4-year stint in Palo Alto with a 12-1 season and an Orange Bowl victory over Virginia Tech. After four years and one Super Bowl appearance with the San Francisco 49ers, Harbarugh returned to his alma mater Michigan. The problem for Harbaugh in Ann Arbor has been defeating rival Ohio State, but he has yet to win a New Year’s Six bowl. After falling to Florida State in a 33-32 heartbreaker in the Orange Bowl to cap 2016, Michigan’s 2018 campaign ended with a 41-15 Peach Bowl drubbing at the hand of Florida.

Schools: Mississippi State (2014); Florida (2018)
BCS/NY6 Record: 1-1 (.500)
National Championships: 0
Urban Meyer’s offensive coordinator for a pair of national championship teams at Florida, Dan Mullen was tabbed to be head coach at Mississippi State in 2009. His best season in Starkville came in 2014 where the Bulldogs earned their first-ever No. 1 national ranking. After a 9-0 start, Mississippi State dropped three of its final four games, including a 49-34 loss to Georgia Tech in the Orange Bowl. After nine seasons in Starkville, Mullen returned to Florida to be the head coach. In his first season in 2018, Mullen coached the Gators to 10 wins and a drubbing of Michigan in the Peach Bowl.

Schools: Houston (2015); Texas (2018)
BCS/NY6 Record: 2-0 (1.000)
National Championships: 0
The offensive coordinator for Ohio State‘s 2014 national championship team, Tom Herman wasted no time having success at Houston. In his first season, Herman coached the Cougars to a 13-1 record in 2015 and a 38-24 victory over Florida State in the Peach Bowl. After going 22-4 in two years at Houston, Herman made the short trip to Austin to lead Texas. In 2018, Herman coached the Longhorns to a 28-21 victory over Georgia in the Sugar Bowl to secure their first 10-win season reaching the national championship in 2009.