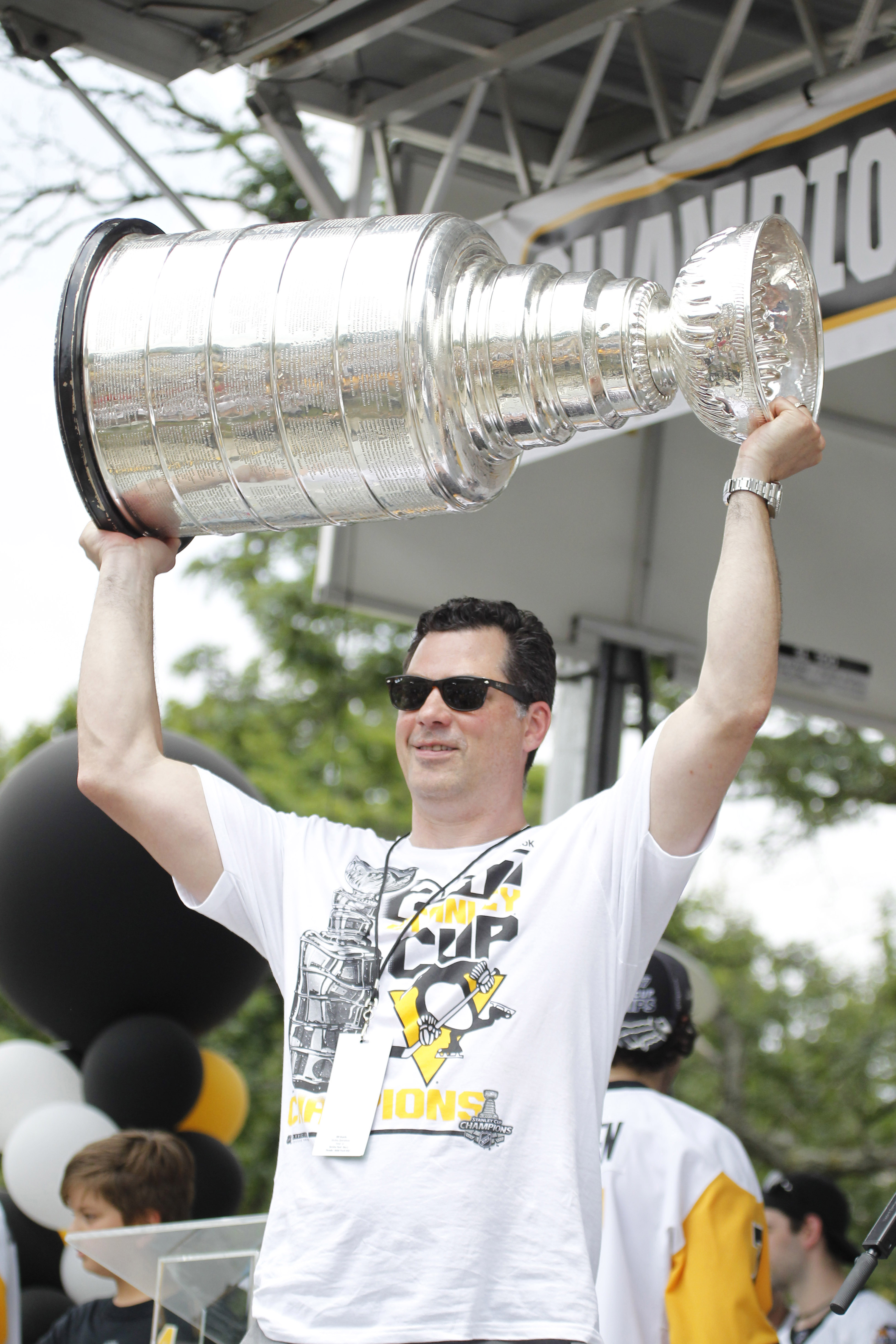 Almost a month ago, the Minnesota Wild made its biggest ‘splash’ of the 2019 off season by firing Paul Fenton as its general manager after just one season leading the club.  The move highlighted the dysfunction around the organization and was a tacit admission by Wild majority owner Craig Leipold that hiring Fenton was a mistake.  Some speculated it may be until the end of August before the organization would hire his replacement, but that wait came to an end this afternoon when the Wild announced it had hired Bill Guerin as general manager.  Guerin, a long-time NHL player, has been an assistant General Manager with the Pittsburgh Penguins since June of 2014.  He has spent most of his time working for the Penguins’ American Hockey League affiliate in Wilkes-Barre-Scranton.

The 48-year old had 429 goals, 856 points in 1,236 NHL games over an 18-year playing career before hanging up the axe in 2010.  He won the Stanley Cup twice as a player and twice as a member of Pittsburgh’s front office.  The Worcester, Massachusetts-native gets kudos for his straight-talking style of leadership which is what he’s had as player being an alternate captain and captain in his time spent in Edmonton, Dallas, and the New York Islanders.

Guerin credits a lot his character due to his early days with the New Jersey Devils and being around such leaders as Ken Daneyko, Scott Stevens, John McLean and Claude Lemieux to name a few.  He also gives former Wild Head Coach Jacques Lemaire, his coach when he was in New Jersey as the prime example of a leader getting all of his players to ‘buy in’ to a team concept.  He also stated that he got his first taste of negotiations during the 2004-05 lockout as a leading member of the NHLPA at the time and said that it instilled an interest in the business side of the game which is why he immediately looked for a front office opportunity once his playing days were over.

“We all have to put the team first. Anybody’s individual agenda comes second.  The team winning comes first and foremost and that’s it.  Everybody sacrifices their personal interest for the betterment of the team.” ~ Wild GM Bill Guerin

That quote sounds real nice, but good luck with that.  Guerin is entering an organization where the inmates have been running the asylum for the better part of a decade.  He inherits a locker room that is fractured and seems to pull in its own direction, and that has been the case through multiple coaching staffs.  I would certainly welcome a shift in culture surrounding this team, but the truth is there are at least two players who still seem to be able to call or meet with ownership and get their way.  That skewed power dynamic has dictated ice time, role and opportunity for a long time.  In addition he will have an owner whose expects this team to compete for a Stanley Cup; can he really do that with this line up?  If you take a quick look at the predictions in this year’s edition of the Hockey News yearbook, the Wild look more like a lottery team than one on the cusp for its first Stanley Cup.

“I think the lineup here is good.  I like a lot of the pieces that we have.  I know what a special opportunity this is.  I just want to come in here and get better. This team can definitely get better and if we do the right things at the right time, everything is here for us to win.  It’s a great market, a great community, great fans, everything is here.  We just have to put our nose to the grindstone and get to work.”  Again, these are all easy things to say right now but it is interesting that Guerin did not box himself in by saying this team was definitely a Stanley Cup contender.  He did say he likes a lot of the ‘pieces’ the team has, but nothing was said about the team having the talent to win a Stanley Cup.

In the last few days, Guerin became the clear front runner when he was granted a second interview in front of Leipold, Matt Majka and Mike Modano before many of the other candidates even had an initial interview.  However this is still his first chance at being an NHL General Manager and in a way that’s another risk taken by the team after hiring another rookie GM in Paul Fenton the last time.  While the onus to do more due diligence this time around was very apparent and I have little doubt they did lot of background checking on Guerin before they made this choice it still a little bit of a surprise to me that this who they decided hire.  After Don Waddell leveraged the Wild to get a nicer contract from Carolina, I thought the team was probably going to hire Ron Hextall who had previous GM experience with Philadelphia.

What do Wild fans want?

What is the #mnwild's biggest need, besides hiring a new General Manager in order to be a success and move forward as a franchise? Please RT

I don’t think Wild fans expect the team to simply reverse its fortunes starting this season.  In fact, I think expectations for this current group are fairly low but what they do want to see is a clear plan and vision of what this team wants to be.  They want to see the team establish an obvious identity, from a player and playing style perspective instead of being an ambiguous club that seems to have 4 lines that pull in 4 different directions.

No doubt it will be a big challenge for any GM, let alone with one that does not have previous experience running the whole show.  While being the GM of the Wilkes-Barre-Scranton Penguins for the last few years have no doubt given him some valuable experience, that club always operates at the behest of the big club.  Now he’s running the big club.  Guerin has some immediate issues to address including trying to re-sign defenseman Jared Spurgeon as well as making it clear to top prospect Kirill Kaprizov that he is still a big part of the Wild’s future plans to say nothing of the day to day scramble that likely occurs at the start of a new season.

It is my hope the ownership takes a step back and lets Guerin do his job the way he sees it should be done.  It is tough for him to follow any vision of his own if he feels it has to have approval or acceptance from ownership.  No one doubts owner Craig Leipold’s love of hockey or his want to win; but sometimes you have to admit the foundation is flawed and start over instead of trying to make that flimsy foundation work somehow.  The Wild have made their GM hire, and its time to let him get to work.

What do you think of the new GM hire?  Tell us on Twitter @CreaseAndAssist or in the comment section below!