Your Morning Dump...Where Gordon Hayward is ready for a fresh start 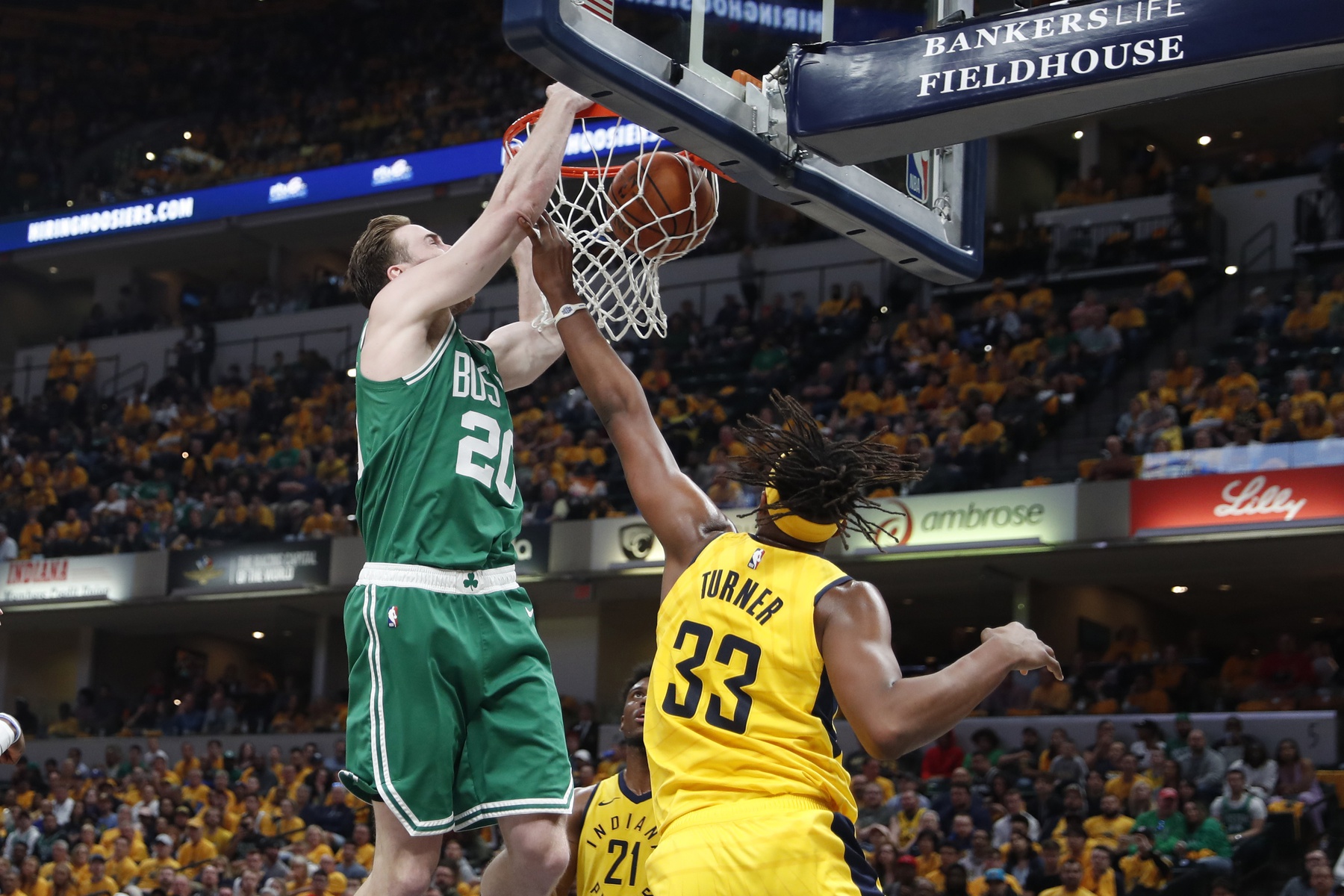 Your Morning Dump...Where Gordon Hayward is ready for a fresh start

Hayward was on the list of participants last year to be part of Team USA, but he said his focus this offseason has been on working out in Boston in preparation for next season.

“I wanted to just stay here, have a whole summer where I could train,” Hayward said. “Try to get myself feeling pretty good.”

As much as this summer has been about building up his body, Hayward admits it has also been good boost to his confidence, too.

Hayward should improve most if not all of those numbers this season, especially coming off a summer when he was able to return back to his pre-injury offseason regimen.

“That has felt really nice; being able to train how I’m used to training,” Hayward said. “Not having to worry about doing stuff for only 10 minutes, only doing a certain amount of reps. It’s been really good from that standpoint, I’ll say.”

It was a long year last season for a lot of guys, but no one wants to turn the page more than Gordon Hayward. The former All-Star was a shell of himself last season and it was a part of a series of unfortunate events that ultimately led to their demise. After an arduous recovery/rehab, Hayward is ready to go for the 19-20 season and is feeling better than ever.

He had such a tough year and it’s a good sign to see him in good spirits leading up to training camp. Last season was all about confidence for Hayward and it seems like he’s ironed that all out this offseason. We’ve heard rumblings about the work Hayward was putting in but this is the first time hearing about it first hand from Hayward himself.

It seems as though the ankle injury is becoming a thing of the past and hopefully we won’t hear the words “rehab” and “recovery” much longer whenever discussing the Celtic forward.

Most forget that Hayward wasn’t even cleared to play 5v5 until mid-September of last year. He basically didn’t have an actual offseason and was just thrown into the fire when camp opened. As we saw early on, he was slow, timid, and looked like a completely different person than he was pre-injury. That’s something a full offseason of work with no restrictions should take care of as Hayward also mentioned how nice it was to just train how he trains without interference.

Hayward also had some things to say about some of his new teammates of the younger variety.

“Being at the facility I’ve seen them all,” he said. “I’m really impressed with their work ethic and I’m just excited about the year.”…

In between the charity work and exploring of their new home, the rookies have managed to work their way into Hayward’s routine.

“Yeah, we’ve been doing some group stuff in the mornings,” Hayward said. “I’m impressed that they’ve been there throughout the summer, but middle of August and they’re all there working and getting out there, so it’s very impressive.”

Getting on a veteran’s good side never hurts, but this group is also impressing Hayward in a different way.

The rookies have been such a breath of fresh air that the Celtics needed so badly. They’ve all came in with a hunger to get better and have bonded ever since they were all drafted by Boston. This energy is rubbing off on the rest of the guys and even Hayward is feeling it. It’s rare to see a group of rookies come in and make this strong of an impression this quickly. It’ll help having Hayward there to guide them and mentor them as they carve out their roles on the team.

The most important thing though is still Hayward’s confidence and effectiveness. No matter what happens this season he will be the ultimate X-factor for the Celtics.

After his 30-point outburst versus Golden State, Hayward finished the season averaging 14.7 ppg 4.6 rpg and 3.1 apg,  while shooting 60% from the field and 36.4% from deep in his final 14 regular season games. He also had an effective first round series against Indiana before everything fell apart against Milwaukee. Slowly but surely he’s clawed his way back and it’s going to be exciting to see him this year with a full season/offseason under his belt as a Celtic.

If he can get back to even 90% of the player he was in Utah, the Celtics will be a big, big, BIG problem for other teams.

Oh, that’s what the rest of the league is terrified of.

Page 2: Where Jaylen Brown is logging some time at the 4

Brown is one of four Celtics players playing for Team USA during its FIBA World Cup training camp, and when asked Monday about his role with the team, he explained why playing power forward (the four) could be a fit.

“Just being a utility guy, being aggressive,” Brown told reporters. “Of course, being aggressive and attacking, but also being a physical guy, being the guy that’s getting the rebounds, being the guy that’s diving on the floors for loose balls, being a guy that’s being physical, pushing guys around. But also, being aggressive. I feel like I can play the four, guard the fours with my strength and versatility, and it will be tough for a four to guard me. So, I’m just playing fast, playing hard, being physical, being smart, being a utility guy. Just get in where you fit.”

This was interesting and something that got me thinking about how the Celtics are going to look on the floor this season. They have a ton of forwards and all things point to a starting 5 including Brown, Tatum, and Hayward. By default, one of those guys is going to have to step up and play a lot of minutes at the 4. Getting this kind of work in and feel for the position is a great place to start for Jaylen Brown, especially learning under Coach Pop.

While Tatum and Hayward are both more suited for the wings, Jaylen has the versatility to play on the inside and outside. He also has the toughness necessary to play against bigger guys down low. Brad Stevens is so creative with how he does things and with this experience Jaylen’s picking up at the 4, I anticipate seeing a lot of him there this upcoming season.

MassLive: People got some money on Tacko

MassLive: Baynes says Tatum is ready to take the leap