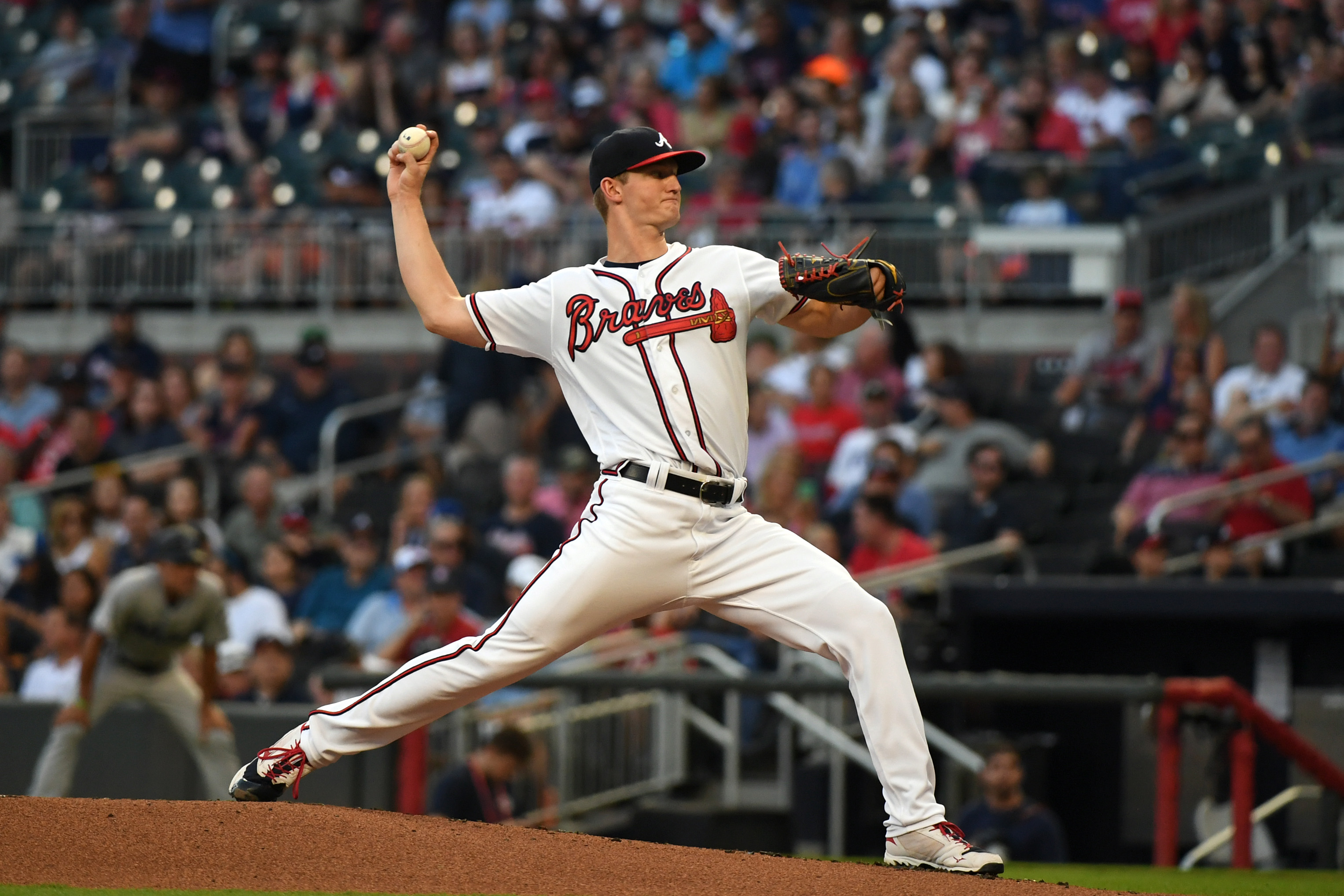 While the Washington Nationals and New York Mets are doing what they can to apply some pressure, the Atlanta Braves are comfortably occupying first place in the National League East. They enter Friday’s action with a six-game cushion over the Nats, and they’ve been mostly cruising in this position for the majority of 2019.

One of Atlanta most significant contributors throughout this season has been rookie starting pitcher, Mike Soroka.

Last winter, it looked as if the Braves could’ve used an established starter or two for a mostly young rotation. They didn’t succumb to any spending and instead waited until June to sign Dallas Keuchel. His presence on the starting staff is crucial, especially as Atlanta gets closer to clinching another playoff berth, but his performance has been so-so (4.14 ERA, 0.4 fWAR in 71.2 innings). And regardless of the situation, other hurlers like Sean Newcomb, Kevin Gausman, and Mike Foltynewicz haven’t helped carry the load like previously expected.

While Julio Teheran and Max Fried have both been doing their part, neither have been doing it at Soroka’s level. Through 141.2 innings, the right-hander has twirled a 2.41 ERA, 1.08 WHIP, 19.7% strikeout rate and 5.8% walk rate, resulting in a team-leading 3.7 fWAR (on the pitching staff, that is).

This impressive performance has put him on this short list:

Pitchers to have a sub-2.45 era with at least 140 innings pitched as a rookie over the last 50 years:

What’s unfortunate is that with other players like Fernando Tatis Jr. and Pete Alonso dominating the Senior Circuit in their respective rookie years, Soroka likely won’t get as much Rookie of the Year attention as he should.

So how exactly has he accomplished this? He isn’t racking up a ton of strikeouts, and with an average fastball velocity of 92.5 miles per hour, he’s not exactly blowing hitters away every five days. The key for 22-year-old hurler has been controlling the contact that opposing hitters have been making off his pitches.

In a year in which everyone is hitting home runs, Soroka actually has the lowest homers allowed per nine innings rate in baseball when looking at qualified starters (0.51). He’s comfortably in first place here, too, since Charlie Morton is the next-closest hurler with a 0.67 mark. It’s tough to compare what Soroka has done this year with last year’s cup of coffee in the big leagues (25.2 innings) since the sample sizes are so different, but it’s helpful to see how certain statistics have stabilized.

Although the right-hander’s hard-hit rate allowed has gone from 29.4% to 35.9%, it’s also been accompanied with an improvement in soft-hit rate allowed (14.1% to 19.0%). Allowing hard contact at a higher rate is easier to swallow when his batted-ball profile looks like this:

Hitting hard ground balls is a lot easier for a defense to deal with than hard line drives. And while Soroka’s fly-ball rate is nearly identical from his short time in the majors last season, that significant rise in infield-fly rate makes a huge difference.

The consistency in which he’s done things this season has gone a long way, as well. Of the four pitches he throws (four-seamer, sinker, slider, and changeup), none have an opponent wRC+ higher than 93, with his changeup (22) and slider (11) being the most dominant.

Soroka is nearing his career high with regard to innings pitched in his professional career (153.2 at Double-A in 2017). However, the Braves will surely continue relying on him down the stretch and into October because he’s the most consistently elite option they have available.