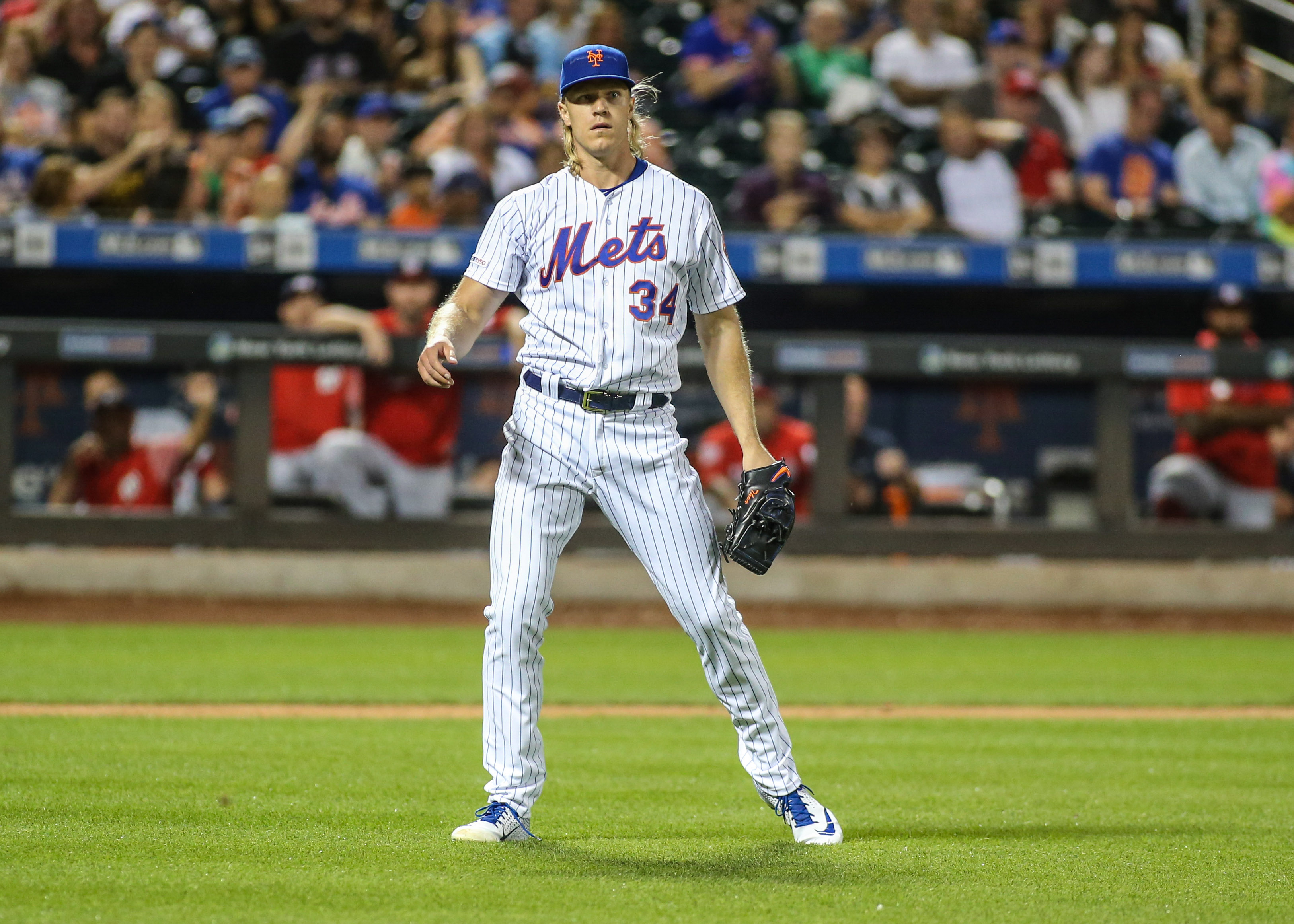 Mets flamethrower Noah Syndergaard got off to a rocky start and struggled in the first half of this season, but he appears to be back in rhythm, and has been really solid of late.

Syndergaard retired the first 16 batters to start Thursday’s game against the Indians, turning in a dominant performance in the 2-0 victory. He went six innings strong, and gave up only two hits during that time.
And, not only that, he perfectly trolled the Indians’ social media manager after the game as well, and it was pretty great.
The Indians had some time to kill on Twitter during a rain delay, so, for some reason, the social media staffer elected to post a video of the American flag blowing in the wind during the storm, with a laptop flying by.

Syndergaard zinged them for it after the game.

Or fire the guy who lost his computer instead. I suggest the social media guy. https://t.co/iwdNdFs7K8

For context, the Indians poked the bear earlier in the day with a “fringe” tweet leading up to the game, throwing some shade at the Mets. Syndergaard threw it right back after the win.

We got some FRINGE for you right here, we call it a SWEEP in NYC. #LFGMhttps://t.co/d2OtJLujaz