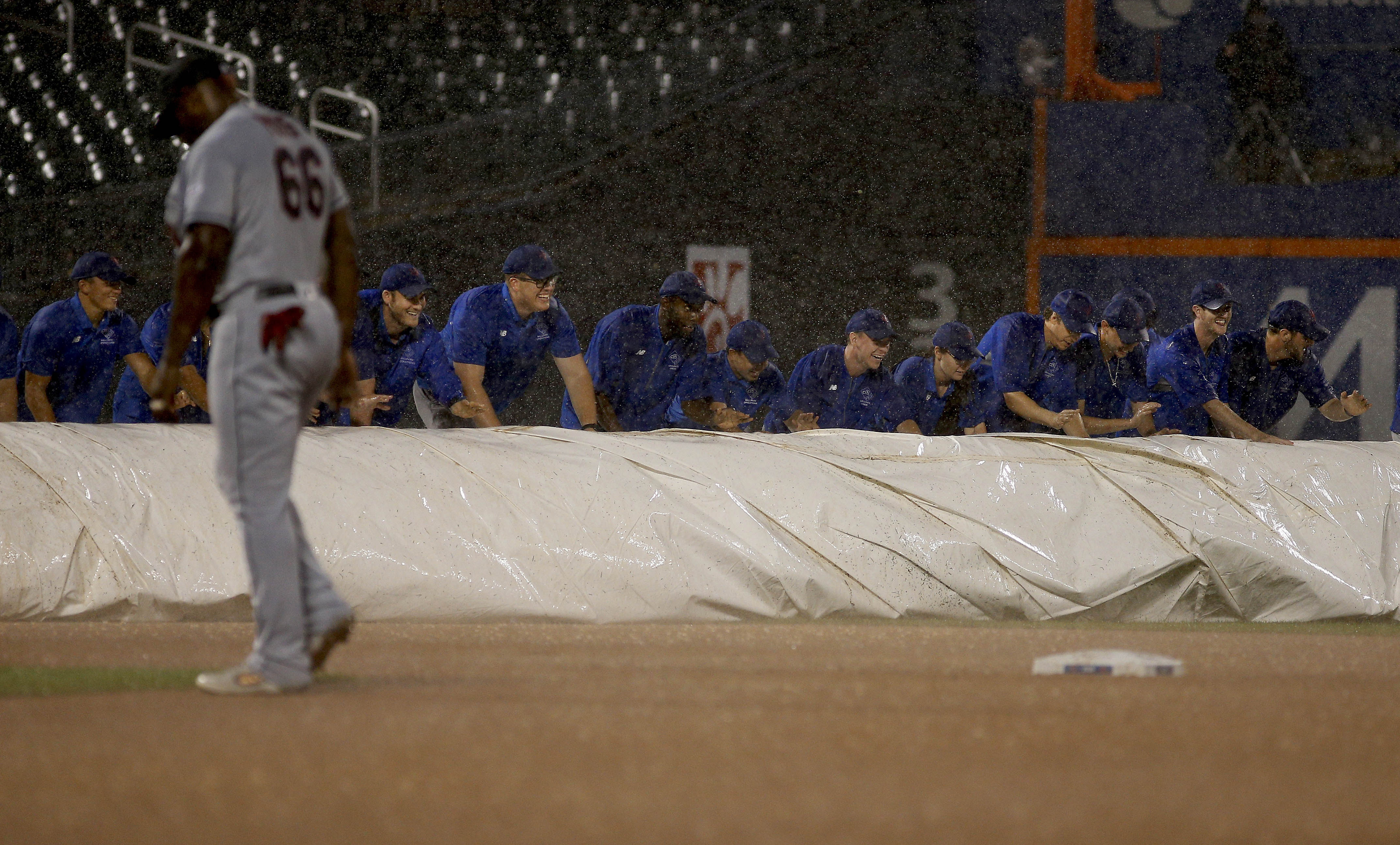 I kinda feel bad for the Indians.

Every team puts out a tweet to announce their lineups. The Indians used theirs on Thursday to try to talk their fans down off the ledge after losing two games to … us … while at the same time pepping their fan base up.

It's a long season.

We didn't erase an 11.5-game deficit to roll over. We split a series with one of the best teams in MLB at their home ballpark. We lost the last 2 to a fringe postseason team.

We understand your frustration.

Get it out here, but let's renew the perspective. pic.twitter.com/qddlITqsjZ

At worst, it sounded like Baker Mayfield took over their social media account and was still apologizing for trashing Daniel Jones.

But in all honesty, the poor dude or lady who runs the Indians social media account was probably trying to convince the fan base that the Mets were actually good, and not the version of the Mets that were 40-51. They started the day a game and a half out of a playoff spot, which is pretty much the definition of a fringe playoff team. The fan base was probably convinced that they lost two straight to the 2009 Mets or the Bad News Bears or the Tigers.

But just as the MASN twitter account learned, the Internet is forever. And if you don’t bow down and capitulate to the wonder that is our baseball team, you will feel the full wrath of the fan base because sports fans comprise a society that hunts for controversy and disrespect. Sorry, Indians. But Chris Paddack and the Padres aren’t on the schedule anymore so you and your Twitter account are our muse now.

Noah Syndergarrd was special on Thursday. He retired the first 16 batters he faced, and with Wilson Ramos providing him a 2-0 lead with a double which extended his hitting streak, I’m sure the thought crept in your minds that during a stretch that is comprised of signature wins where each are more Hancockian than the last (which is different from Hiscoxian), maybe a game that otherwise would be destined to be flawed might turn out flawless in the end.

But Syndergaard would have to settle for six innings of two hit ball with five strikeouts and one savage “retweet with comment” as the rains came down, the tarp came up, and the weather report which told the Mets that there wouldn’t be any precipitation past that first round of storms, was wrong. The teams waited out a two hour and 28 minute rain delay, after which Tyler Clippard and Yasiel Puig did their best Johnny Manziel impressions on the same play. But the Mets couldn’t capitalize as Todd Frazier tried to score on a sac fly to left before learning that Tyler Naquin is no Charlie Frye.

The second storm ended the game in eight innings, which no doubt enraged Terry Francona as he was probably convinced that Jeff Wilpon used all that money he saved to buy a weather machine to create a second storm for the sole purpose of keeping the Indians from getting a crack at Edwin Diaz in the ninth. (But as we know that’s just silly, because Jeffy uses his excess funds to buy thumb guards for his New York Excelsior team.) But the Indians had six innings to score off Syndergaard, one inning to score off Jeurys Familia (who is putting together a nice little streak here), and one inning to score off Paul Sewald. They’ll have to settle for that as they limp out of New York.

As for the Mets, they merely kept pace with everybody else who matters in their playoff pursuit as the Cubs, Cardinals and Nationals all won. (The Nationals, it’s worth noting, have a five game stretch after this weekend’s Cubs series where they play the Orioles and Marlins, and after that their schedule is positively brutal for the month of September.) Their sweep of the Indians puts them on a new and better path towards 86 victories as long as the rest of the schedule goes as I envisioned. This was a big series for the Mets. They swept a team that went on a run of 43-17. And if you check the standings you’ll see that they swept a fringe playoff team.

I have renewed my perspective. Feel free to do the same.