The Last 5: Miami vs. Florida 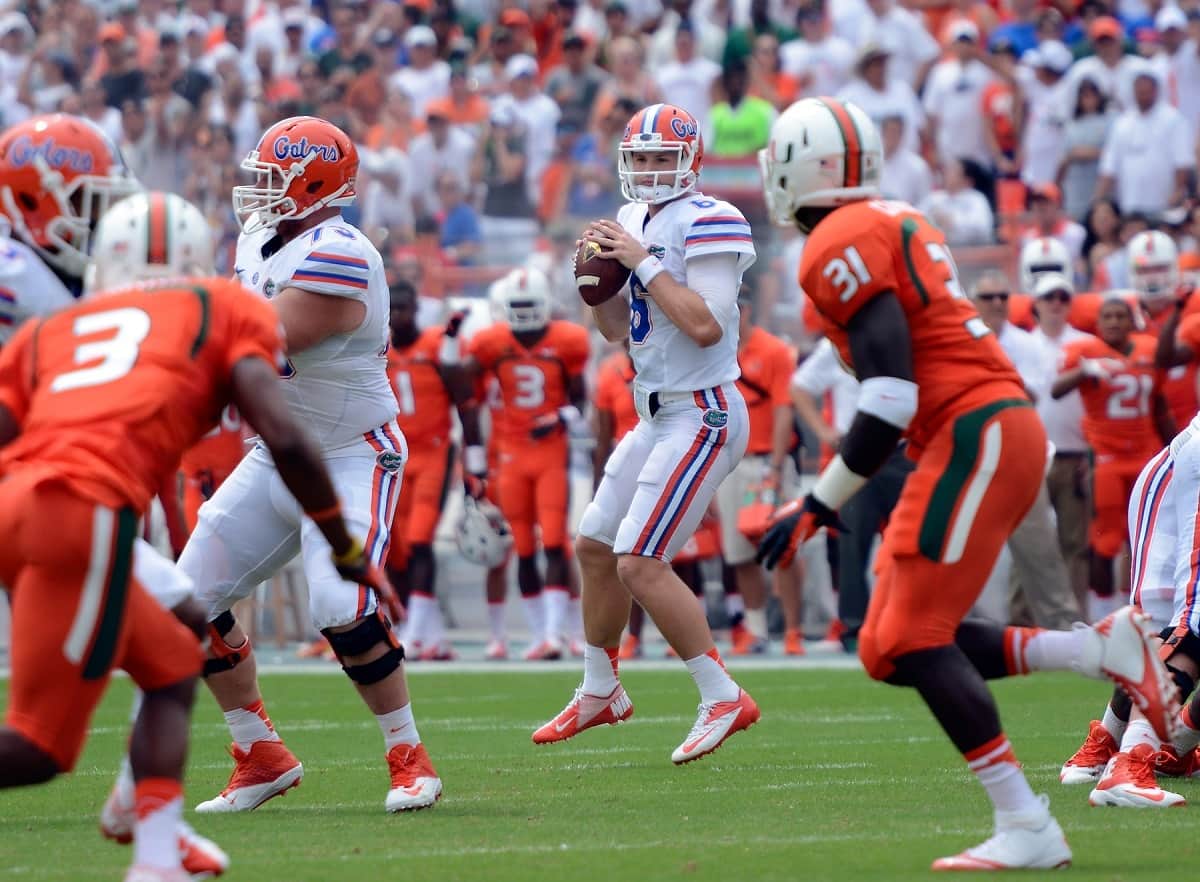 The Last 5: Miami vs. Florida

The college football season opens on Saturday with what should be a pretty good in-state showdown as No. 8 Florida and Miami meet in Orlando.

In year No. 1 under Dan Mullen, Florida won 10 games and capped the season with a trouncing of Michigan in the Peach Bowl. After winning 10 games and the ACC Coastal in 2017, the Hurricanes took a step back last season, finishing 7-6.

Manny Diaz makes his head coaching debut for Miami as the Hurricanes look to avoid dropping a second straight opener. Below, we give a historical overview of the series and a look at the five most recent contests between the schools:

Who: Miami Hurricanes (0-0) at No. 8 Florida Gators (0-0)
When: Saturday, Aug. 24 at 7 p.m. ET
Where: Camping World Stadium in Orlando, Florida
Network: ESPN
What’s at Stake for Miami: The Hurricanes are just 7-9 in their last 16 games dating back to 2017 and will look to right the ship and start the Manny Diaz era out strong.
What’s at Stake for Florida: After winning its final five games last season, Florida aims to keep the momentum going in year No. 2 under Dan Mullen. The Gators are seen as a contender for the College Football Playoff.

(12) Florida 16, Miami 21
Sept. 7, 2013
Behind a pair of Stephen Morris first-quarter touchdown passes, Miami defeated Florida for the first time in nine years early in the 2013 season. The Miami defense forced five turnovers in the victory. After a late fumble by Florida quarterback Jeff Driskel, Miami iced the game with a Duke Johnson touchdown run.

Miami 3, (5) Florida 26
Sept. 6, 2008
Fresh off a Heisman Trophy campaign, Tim Tebow accounted for 311 total yards and a pair of touchdown passes to lead Florida past Miami early in the 2008 season. The Florida defense held Miami to just 140 total yards in the victory. There were some hard feelings late when Florida head coach Urban Meyer elected to kick a field goal with a 20-point lead and less than 30 seconds remaining.

(14) Miami 27, (20) Florida 10
Dec. 31, 2004 (Peach Bowl)
After meeting during the 2002 and 2003 regular seasons, Miami and Florida closed the 2004 campaign against one another in Atlanta and for the sixth straight time, Miami emerged victorious. Miami set the tone when Devin Hester returned a blocked field goal 78 yards for a touchdown. Roscoe Parrish also returned a punt for a score in the victory. Florida outgained Miami 406-277, but managed just 10 points. Florida quarterback Chris Leak passed for 262 yards and a touchdown in the loss, but was intercepted twice.

(21) Florida 33, (3) Miami 38
Sept. 6, 2003
In one of the more thrilling Miami victories in the series, it was a former Florida quarterback named Brock Berlin, who rallied the Hurricanes from a 33-10 deficit in the Orange Bowl. Berlin passed for 340 yards and a pair of touchdowns in the contest. Miami scored 28 points in the final 19:10 of the contest. Frank Gore’s 12-yard touchdown with less than two minutes to play served as the game-winner. Miami’s Devin Hester returned the opening kickoff 97 yards for a score.

(1) Miami 41, (6) Florida 16
Sept. 7, 2002
Fresh off an undefeated national championship season, Miami felt little resistance during a trip to Gainesville to take on No. 6 Florida. Ken Dorsey passed for 202 yards and four touchdowns for Miami while Willis McGahee went for 204 yards on the ground. Florida’s Bam Hardmon and Miami’s Maurice Sikes each returned interceptions for touchdowns.