Good Times in Goodyear Red: Wrapping up the Season 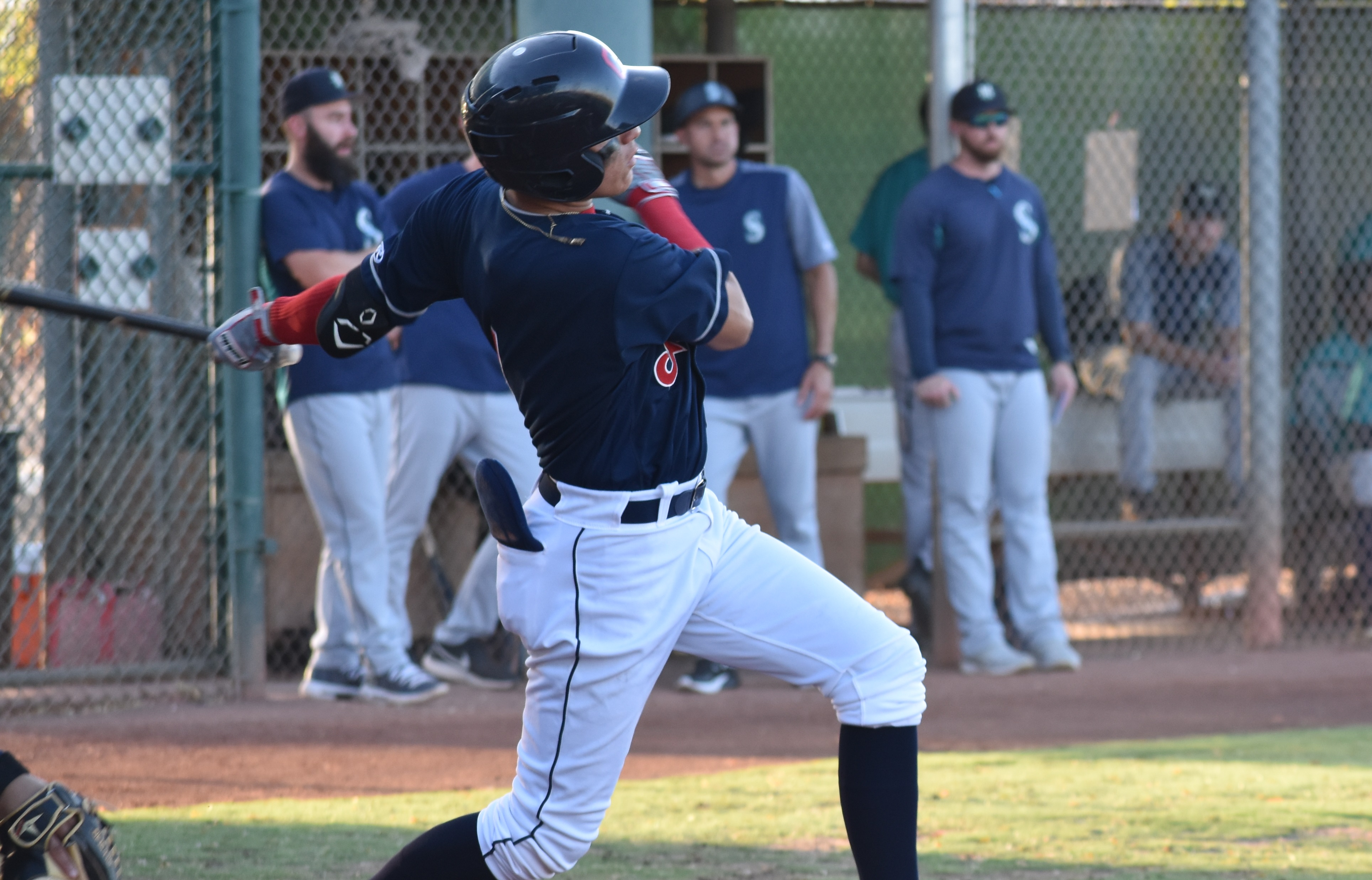 Good Times in Goodyear Red: Wrapping up the Season

The Arizona League Indians Red had their play-off hopes diminished last week and officially ended this week, but they still have to finish out the end of the schedule.

They started off the last week with a win on August 17th against the Mariners, giving them four wins in five games. Jean Montero was the table setter and cleaner at lead-off, hitting safely three times including his first AZL home run and scoring three runs. Will Bartlett also came up big with two hits and two RBI.

Coulter pitches for the Indians in early relief during the 2019 season. – Joseph Coblitz, BurningRiverBaseball

Yeffersson Yannuzzi started and was knocked out early, but Kevin Coulter had the best possible outing in relief to keep things close. He allowed just one base runner on a single and struck out eight batters in 3.1 innings. Strike outs were a common theme for both teams as the Indians struck out 12 times and the Mariners 18. Kevin Kelly earned the save with three strike outs in one shut out inning.

As hot as they had been, Red went on to lose the next four games, starting with a blow out at the hands of Brewers Blue. Bartlett had another great game with his first career home run, three hits and a walk. Rookie international signing Gabriel Rodriguez also had three hits, his second three hit game since his promotion to the AZL.

Made stands at the plate for AZL Indians Red during the 2019 season. – Joseph Coblitz, BurningRiverBaseball

Indians Red kept things a little closer in their loss to the Rangers on August 20th, but still had trouble scoring. Marlin Made hit his fourth home run this year and was one of only two players with multiple hits, the other being the rehabbing Jesse Berardi.

Also rehabbing, Francisco Perez made his final start of the season for the AZL squad, pitching four shut out innings, striking out seven and allowing one hit. He was activated by the Mahoning Valley Scrappers on Friday.

On Wednesday, team Red took a second consecutive 4-2 loss as they were dropped by the Angels. This time, Yordys Valdes hit his second career home run for one run while Micael Ramirez had the only other hit for the Indians. Seth Ballew made the start for LA and struck out four in five innings while allowing one hit and one walk.

While Samuel Vasquez was knocked around a bit in the starting role for the Indians, Zach Hart and Jhan Rodriguez combined to finish out the game with 3.2 scoreless innings, striking out five without a walk.

After being two hit, the offense came back with a vengeance on Thursday night against the Dodgers Lasorda. They had 15 hits and scored eight runs including four in the ninth inning, but it wasn’t enough to win as the Dodgers scored ten. Again, Bartlett and Gabriel Rodriguez had three hits each while Christian Cairo, Cesar Idrogo and Zach Weatherford had two a piece.

Munoz starts for the Indians Red on the road at home against Indians Blue. – Joseph Coblitz, BurningRiverBaseball

Indians Red wrapped up their week with their final game against Indians Blue this season and finally got some revenge. After losing the first two with their sister squad, team Red shut out team Blue on the back of Braunny Munoz. Red’s ace pitched 4.2 shut out innings, struck out nine and didn’t walk a batter while allowing four hits. Kevin Coulter kept the shut out going through the next three innings and added four more strike outs.

While the offense was fairly stagnant for both sides early on, a fourth inning triple by Joe Naranjo lead to two runs, then four hits in the eighth lead to three more. Five hitters had multi hit games (including Naranjo who had three) with Will Bartlett hitting two doubles. Two more runs in the ninth solidified the win for team Red.

After an off day on Saturday, Indians Red will wrap up their season with games Sunday against Athletics Gold and Monday against Cubs 1. Following their final game, keep an eye on BurningRiverBaseball.com for the end of season review where I will name a team MVP and go over some of the highs and lows of the 2019 AZL Indians Red.