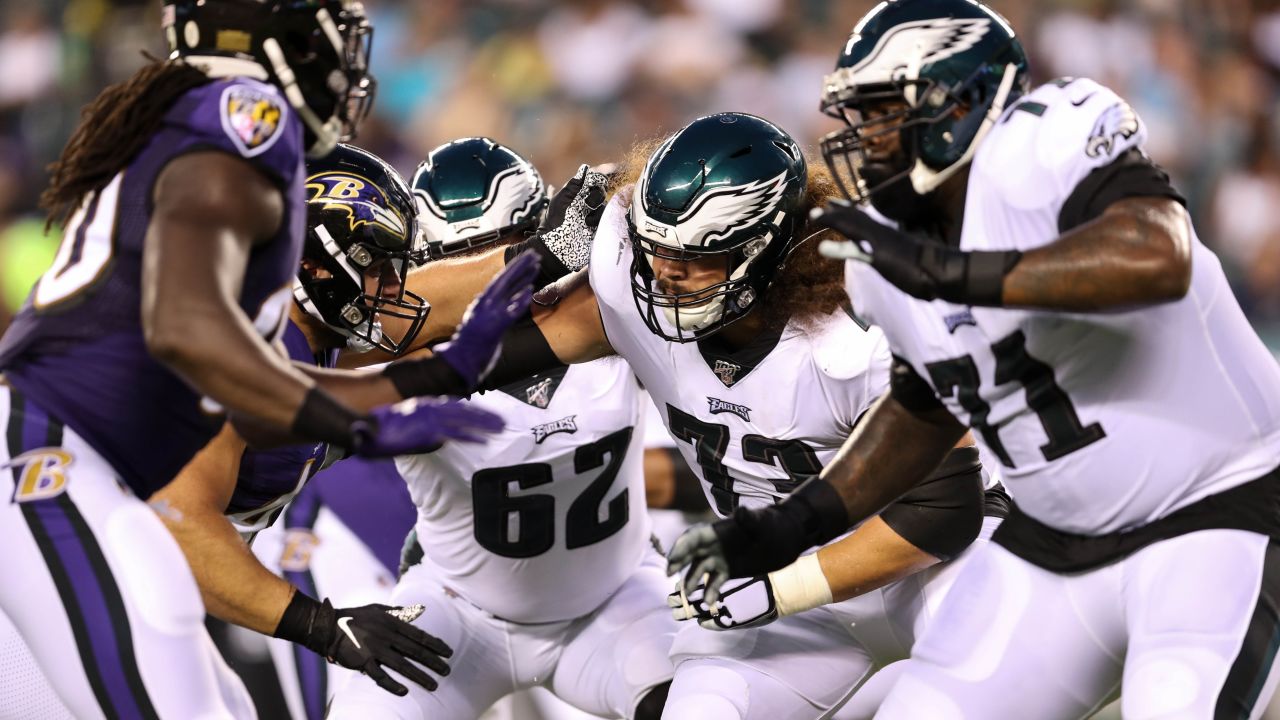 Andrew Luck’s decision to retire from the sport that nearly crippled him is an honorable one. He’s walking away from guaranteed money, while he’s still able to walk.

Luck is fortunate he has accumulated earnings and an architectural engineering degree to fall back upon. But the unintended message he’s sending to the Eagles is even the best plans on paper have a way of turning sour because of a thing called life.

Life throws stuff at professional athletes just like it throws unexpected stuff at you and me.

As the Eagles prepare for the final preseason exercise against the Jets this week, with a wave of roster cuts and possible trades and some retirements of a different nature to come, Luck’s decision to leave the NFL is having an introspective effect upon the entire organization.

We’ve all been a little giddy about a talent-rich roster that looks like it can’t miss in achieving extended on-field success.

Yet peel back the excited optimism and there has to be concern over just how fragile a winning combination in the NFL can be.

Andrew Luck was probably the best overall QB in the league not named Brady before he got broken. The Colts franchise had built its 10-year plan almost entirely around him.

The Eagles have invested similarly in Carson Wentz. There is no turning back on that franchise investment now. Wentz, 26, begins this season with a four-year, $128 million extension secured this spring.

Wentz himself admits there were times last season when his back hurt so much he couldn’t sit down. The Eagles finally shut him down mid-season, but that didn’t shut down the pain or frustration.

Tim McManus of ESPN.com did possibly one of his best pieces of writing in this report on just how low Wentz’ mindset had fallen after his second major injury and rehab process.  It’s a telling read.

The Eagles’ master plan may very well be in good hands, but Andrew Luck has just given them a cautionary tale about taking anything for granted.
*   *   *   *   *   *   *   *   *   *
We’ve got updates to follow on some trade speculation and on upcoming roster decisions. Give me about 8 hours to sort them out. Right now, some reports are phony (like alleged trade deals for Alshon Jeffery and Nate Sudfeld) and some appear solid (Brooks and Peters are ahead of schedule on O-Line progress).

The Houston Texans lost RB Lamar Miller to injury this past weekend. So the Jadeveon Clowney to the Eagles rumors have increased. Now we had heard Lane Johnson or Alshon Jeffery straight up for the elite DE Clowney before this—but that was phony.

Slightly more believable is the Eagles could trade a RB or two for the rights to Clowney. Cory Clement and also any one of Wendell Smallwood, Boston Scott, Donnel Pumphrey, and Josh Adams makes some sense.

We’ve also heard Big V and Jordan Malaita mentioned as trade pieces for Clowney. EYE don’t think so. Big V will likely be starting at RG for the Eagles in game 1 due to the fact that Brandon Brooks will need just a bit more time to get into game shape. Malaita by himself would not be enough to cinch the deal.

All of this is predicated on the supposition that the Texans franchise-tagged Clowney in order to trade him. The Eagles have just enough cap space left in 2019 to afford to pay Clowney.

Then there’s the injured Nate Sudfeld to Indianapolis rumor— with his former QB coach/coordinator Frank Reich as the main influencer. That’s not going to happen unless Indy blows Howie away with an offer. EYE just can’t see it. This is more of a Case Keenum need for the Colts right now, and Case is ready to go. The Colts need a backup with starting experience, and Nate is not that guy—yet.

This is the scuttlebutt so far as of midnight on Sunday. More updates to come…