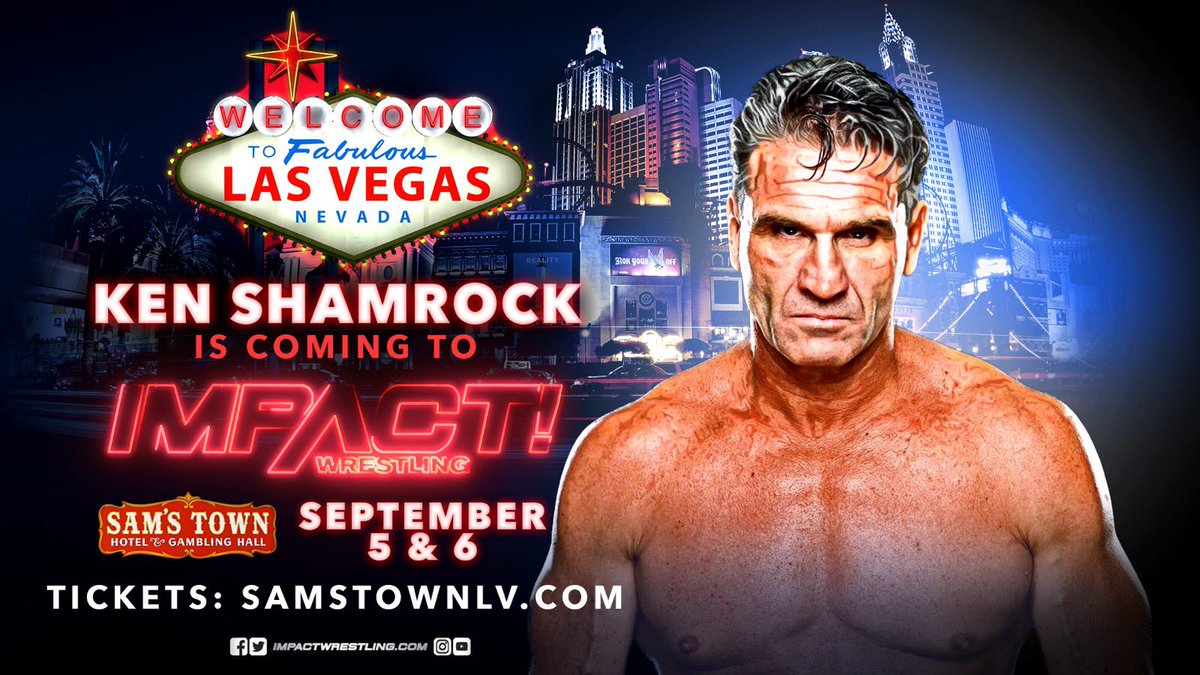 UFC Hall Of Famer and former WWE superstar Ken Shamrock announced on Twitter last night that he will be returning to Impact Wrestling.

The announcement came after there have been speculation regarding his return to the company when Impact Wrestling star Moose challenged him on social media. Shamrock would respond to Moose and announce his return to the promotion by sending out this tweet to Moose.

.@moosenation69 #noballs huh? Well according to your #bosses I’ll see you in Vegas! @impactwrestling it’s #moose #hunting season and The Worlds Most Dangerous Man has his next #victim #godfatherofmma #legend #prowrestling #valorbk #bareknuckle pic.twitter.com/xY1SwBfbmr

The response from Shamrock indicates that he will be facing off against Moose at the Impact show being held in Las Vegas on Thursday, September 5 and Friday, September 6.

This will also be the first time Ken Shamrock will appear in Impact Wrestling since 2004. He is known to be the first ever TNA world champion on TNA’s first pay per view after winning a Gauntlet For The Gold match, winning the vacant NWA World Heavyweight Championship.

He would then lost the championship to Ron “The Truth” Killings aka R-Truth later that year. He returned for a small run later that year until eventually leaving the company and hasn’t returned until now.

Wrestling fans mostly remember Shamrock from his days in the WWE during the Attitude Era from 1997-1999. He made his WWE debut when he was announced as the guest referee for the submission match between Bret Hart and Stone Cold Steve Austin at WrestleMania 13.

He would then go on to dominate the mid card in the company and be in a feud with The Rock for the Intercontinental Championship. Shamrock would be unsuccessful in his attempts to win the title from The Rock but eventually would capture the championship after defeating X-Pac in the finals of a tournament on an episode of Monday Night Raw.

Shamrock would also introduce the Lion’s Den match in WWE and competed against opponents such as Owen Hart and Steve Blackman.